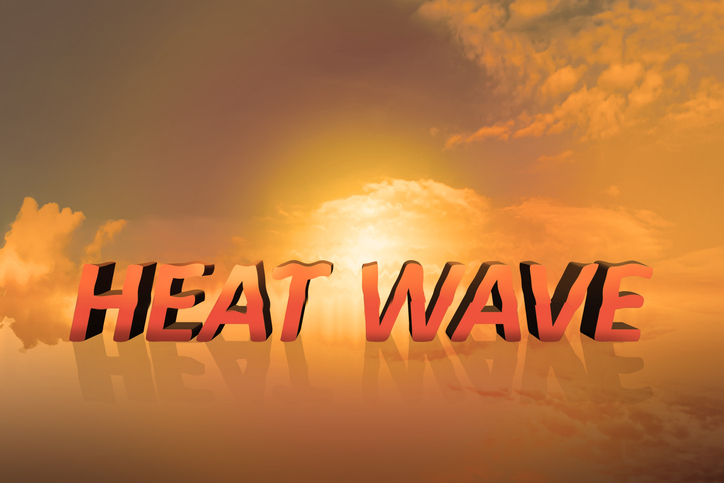 Natural gas futures finished the week sharply higher as traders braced for the start of a lingering heat dome, or as Natural Gas Intelligence (NGI) called it, “the longest heatwave quickly approaching the eastern half of the United States.”

NGI went on to say that “with extreme tightness in supply/demand balances prompting market chatter that cutback in exports may be needed to avoid a supply shortfall in domestic inventories.”

According to NatGasWeather for August 9 to August 15, “National demand will be very strong this week as upper high pressure rules most of the U.S. with highs of upper 80s to 100s, including highs of 90s into major East Coast cities. The hottest temperatures will be over West, Texas, and Plains where highs will reach the mid-90s to 100s, including highs of 90s and 100s across the Northwest mid-week. Cooler exceptions will be across the Northern Plains as a weather system brings showers and highs of 60s to 80s, then finally ejecting and tracking across the Great Lakes late in the week. Overall, high to very high national demand this week.”

U.S. natural gas storage volumes increased by 13 Bcf in the week-ending July 30, according to the U.S. Energy Information Administration (EIA). Ahead of the weekly storage report, analysts and market observers did not appear to have a firm grasp on the size of the expected injection.

The 13 Bcf build came in lower than last year’s 32 Bcf infection and the 30 Bcf five-year average build, according to the EIA.

The next EIA report covering the week-ending August 6 is expected to show a higher than average injection, but with heat expected this week, traders will likely be already looking ahead to next week’s report which could show a single-digit build. Bespoke Weather Services said with the upcoming heat remaining intact, the 15-day period as a whole stays on the hotter side of the five-year normal.

This week, AccuWeather forecasters said a developing hot and humid pattern for much of the northeastern and Midwestern United States could bring the longest heat wave of the summer to a number of locations.

“The unfolding pattern into next week will feature widespread highs in the upper 80s to lower 90s with a few instances where temperatures can peak in the mid-90s,” AccuWeather senior meteorologist Brett Anderson.

With the current forecast telegraphed for weeks, the height of the expected rally will be determined by how hot and how long the actual “heat dome” lingers over key demand areas. It’s not a given that prices have to spike higher because most professionals are trading two weeks into the futures. The cash market could get excited by the heat, but that doesn’t necessarily translate into a spike in futures prices.