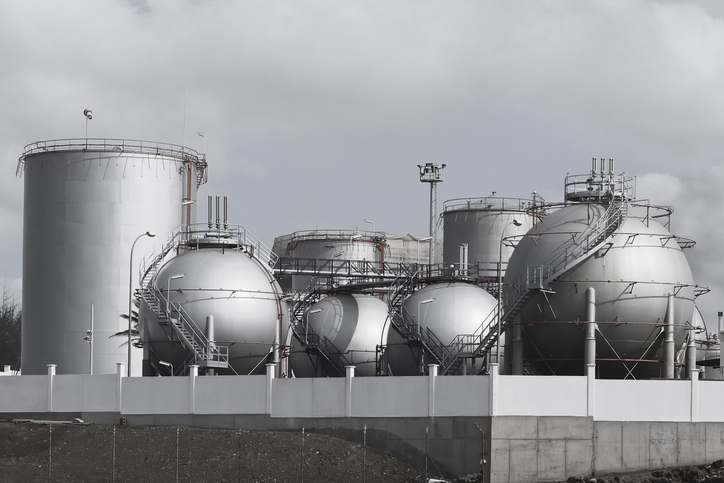 Natural gas futures finished lower last week and within striking distance of its major bottom at $1.802. That bottom was put in at the start of the coronavirus shutdowns as speculators bet that a steep break in crude oil prices would lead to natural gas production cuts.

Their assessment has been correct, however, the timing is off. Furthermore, they didn’t factor in the current demand destruction caused by the lockdowns of factories, office buildings and schools.

Production is falling, but that is likely to have more of a bullish effect on deferred contract prices, or futures contracts associated with next winter. Meanwhile, the current demand destruction has helped drive up supply with triple digit builds the last two weeks. This is what has been weighing on prices.

As Bespoke Weather Services said on Friday, “…without material tightening, any rally likely gets sold into.”

The U.S. Energy Information Administration reported Thursday that domestic supplies of natural gas rose by 103 billion cubic feet for the week ended May 8. That compared with an estimated increase of 101 billion cubic feet from S&P Global Platts Analytics.

Natural Gas Intelligence (NGI) said on Friday, “Production declines notwithstanding, demand – or the lack of it – is likely to remain at the forefront of the gas market for the next couple of weeks. While shutdowns are still prevalent across the country amid the coronavirus pandemic, weather also is doing little to provide any increase in gas demand.”

NGI reported NatGasWeather said the latest weather data held cooler trends over the East for the next few days but maintained an exceptionally bearish pattern for the eight- to 15-day period as there is expected to be limited coverage of 90-degreee highs. The firm believes widespread highs of 90s is what is required to flip bearish weather headwinds to bullish.

“The primary issue is the southern United States isn’t expected to get hot enough due to weak weather systems that prevent upper high pressure from reaching strong enough levels to produce widespread heat,” NatGasWeather said. “We continue to expect widespread heat won’t arrive until around the start of June at the earliest, keeping bearish weather headwinds intact until then.”

The U.S. natural gas rig count fell one unit to finish at 79 for the week-ended Friday, while a sharp slowdown in activity continued in the oil patch, according to the latest data from Baker Hughes Co.

The downside momentum into the close on Friday indicates that sellers are still in control and likely to show their strength early this week by making a new low for the year.

Additionally, with the International Energy Agency (IEA) saying global natural gas demand is on track to drop by a record 5% in 2020 due to the economic impacts of Covid-19, any rally is going to have to be fueled by aggressive production cuts, or a leveling of demand due to an easing of lockdowns and restrictions.

Furthermore, the gradual reopening of the country is not likely to have too much of an impact on demand. We’re not likely to see a huge jump in demand until office buildings and schools start to open, and we may not see that for months. There is still a fear of a second wave of the virus. People are moving around outside in parks and beaches, but offices and schools are still closed.

With heat not expected to show up until June, demand from those working at home is not likely to increase for another two weeks.