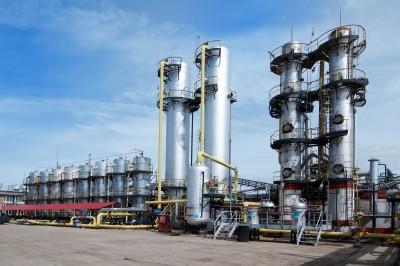 Rule: Natural gas is sometimes said to be the queen of all commodities, with Crude Oil being king. Natural gas is nevertheless a major commodity in its own right, which is used for everything from cooking food to heating houses during the winter. Natural Gas is growing much faster than either of its non-renewable fossil fuel competitors, oil and coal.

Trading natural gas is not for the faint hearted. Even by commodities standards, natural gas is a notoriously volatile market subject to wild price fluctuations.

Do not miss the weekly U.S. gas inventories report. The figures are issued by the Energy Information Administration (EIA) every Thursday afternoon at 15:30 (released Friday at 15:30 if there was a U.S. bank holiday on Monday). Here’s a link to the latest EIA report. The main natural gas moving figure in there is the change in inventories from the previous week. When it comes to the gas inventories report, we’re talking about billions of cubic feet, for short.

Natural Gas ended the week at 2.686 after hitting a high earlier in the week of 2.825. NG has been in the news a good deal lately, with announcements from Chesapeake Energy with their future growth predictions along with news of more use of natural gas in the future and environmentalist concerns in regards to the process used to capture the gas. Inventories this week showed a drop as expected. Weather has been holding and winter is coming to an end along with the possible higher demand for NG. Natural Gas should bottom out over the next month.