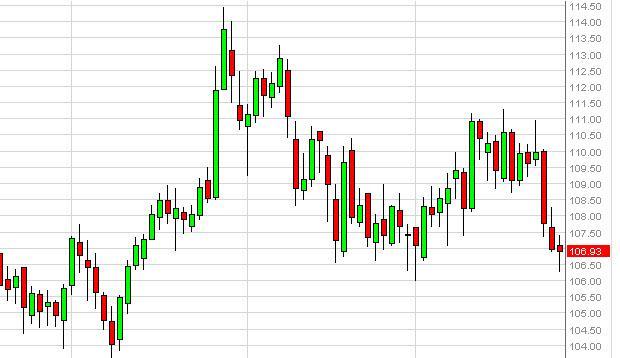 The CL contract rose on Tuesday as the Iranians ordered military exercises in the hope to show the world that it can shut down the Strait of Hormuz to cut off oil supply. The result was a panic spike without much thought behind it. The Iranians simply cannot shut down this vital waterway for the delivery of oil as the country absolutely cannot risk a serious conflict with the United States. Also, without the sale of oil – they have nothing to export. With this in mind, the fading of this move is suggested. In fact, it already had begun by the later hours of the session.

Brent markets have reacted in an almost identical manner. The fact that this reaction is simply an overreaction – we feel the same can be said for this market as CL – fading these panic trades is a good way to go as we remain stuck in our overall range.