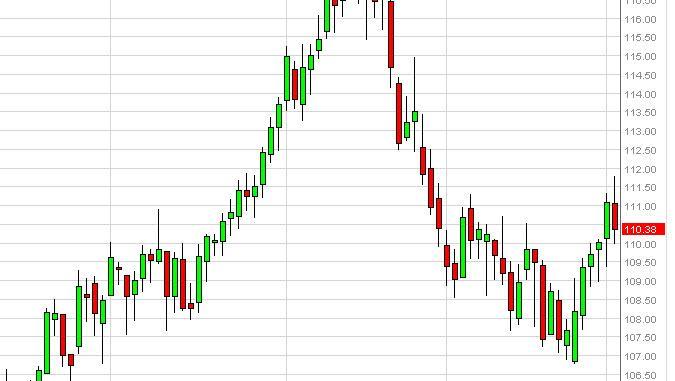 The CL contract rallied very hard on Tuesday as the Iranian tensions and simple lack of volume contributes to the move. The Dollar fell in general, and this helped the oil markets in general. The minor support level at $92.50 has held, but the validity of the move will certainly be questioned. At this time of year, it is hard to take the moves seriously. The day finished very bullish and near the top. However, it also is just starting to see resistance in this area, so we could and would expect to see a pullback at this point. In fact, we are willing to sell rallies at this point if we get any sign of weakness in the markets going forward.

The tensions in Iran with the US and Israel are basically an excuse as far as we can tell. The low volume has allowed the upward momentum to swing much further than normally, so this rally still makes no real sense at this point.

Brent markets did the same thing for the Tuesday session, taking advantage of the low volume and sense of concern in the Middle East. However, unless you believe there is a war coming in the near future – the Iranian question is just market noise. The fact is that we are approaching the bottom of the recent consolidation that was broken below, and this area could be resistance in the near term. The first sign of weakness would have us bearish at this point, as we don’t trust these kinds of moves at the end of the year as they are just more likely to be short covering than anything of substance. Also, one would have to ask exactly what has changed overnight to believe that there is suddenly going to be some kind of economic upsurge and demand in crude will suddenly spike.  With this in mind, we are selling rallies as we break a little higher not that we could see serious resistance just above current levels, and the simple lack of reasoning for the move.