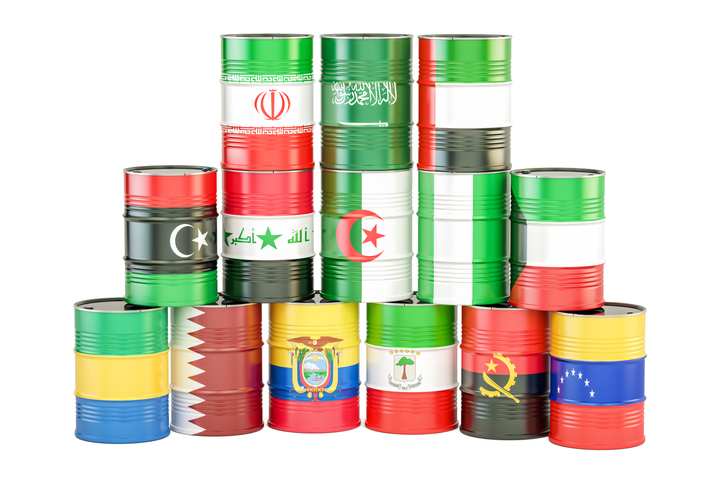 U.S. West Texas Intermediate and international-benchmark Brent crude oil futures are edging lower on Thursday after giving up earlier gains as OPEC and its allies consider rolling over production cuts into April instead of raising output, as a recovery in oil demand remains fragile due to the coronavirus crisis, three OPEC+ sources told Reuters.

For about two weeks, crude oil traders had begun pricing in the possibility that OPEC+ would ease production cuts by around 500,000 barrels per day (bpd) from April, however, that outlook changed on Wednesday when news broke that OPEC+ producers might decide against increasing output at the key meeting later today.

“OPEC is currently meeting to discuss its current supply agreement. This raised the specter of a rollover in supply cuts, which also buoyed the markets,” ANZ said in a report.

U.S. crude oil stockpiles surged by a record of more than 21 million barrels last week as refining plunged to an all-time low due to the Texas freeze that knocked out power for millions.

U.S. gasoline stocks fell by 13.6 million barrels in the week, the most ever, to 243.5 million barrels, compared with expectations for a 2.3 million-barrel drop.

Distillate stockpiles, which include diesel and heating oil, fell by 9.7 million barrels in the week to 143 million barrels, versus expectations for a 3 million-barrel drop.

The EIA data was bearish, but the market rose on Wednesday because the data is stale. Furthermore, it was all caused by the Texas freeze that shutdown refineries. Traders know the numbers will balance out as more refineries come back online.

The real market moving event was the OPEC+ news. Traders aren’t sure if the group will leave output cuts steady in April, or lower them slightly. Traders are confident, however, that they won’t increase their production cuts.

If OPEC+ keeps the cuts at current levels, prices could firm.

If OPEC+ decides to increase the cuts then look for prices to weaken. The size of any sell-off will be related to the size of the production hike.