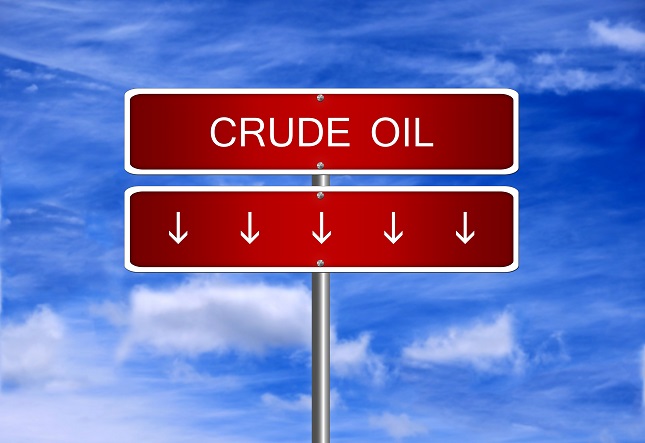 U.S. West Texas Intermediate and international-benchmark Brent crude oil futures settled lower last week, while continuing to amaze veteran traders. Not only did the market wipe out all of this year’s gains, but it also declined for the fifth straight week, finishing off the week with a 10th consecutive losing session. According to Refinitiv, the 10-day decline is the longest losing streak for U.S. crude oil since mid-1984. It also drove crude oil into bear market territory.

The catalysts behind the selling pressure were growing output from several key producers and a deteriorating outlook for oil demand fueled by concerns over a weakening global economy.

A little over a month ago, predictions of $100 crude oil were peppering the headlines as oil prices hit a four-year high as the market braced for potential shortages due to the impending U.S. sanctions against Iran, which were expected to put a serious dent in global supply.

The sentiment flipped from bullish to bearish rather quickly after traders realized that the combination of increased production from the United States, Saudi Arabia and Russia, U.S. exemptions from the sanctions to eight major buyers, a steep sell-off in the global equity markets and a strengthening U.S. Dollar, created an oil surplus rather than an oil shortage.

U.S. crude oil production also hit a record 11.6 million barrels per day (bpd) in the week-ending November 2. That’s a threefold increase from the U.S. low reached a decade ago, and a 22.2 percent rise just this year. It makes the United States the world’s biggest producer of crude oil.

Crude stocks also moved back above their five-year average levels in October.

Prices could begin the week under pressure if traders take the news about increased rigs as a bearish signal. On Friday, oilfield services firm Baker Hughes reported that U.S. drillers added 12 rigs to U.S. oil fields across the country last week, the biggest increase since the end of May. The oil rig count now stands at 886 rigs, the highest since March 2015. The move also signals a breakout of its four-month range of 858 to 869.

It’s going to take a production cut to stop the price slide. Last week, there was a report that Russia, Saudi Arabia and several other producers discussed cutting output in 2019. Selling initially stopped on the report, but it resumed when traders realized it would take a while to slow down production.

Still, the possibility of production cuts in 2019 is likely to be the story this week. CNBC reported, “A committee representing the alliance meets this weekend and could make a production recommendation to the wider group. Last month the Joint Ministerial Monitoring Committee said the group may need to change course and begin cutting production once again.”

The monitoring committee is a good start to the process of reducing output, but ultimately, it will be up to the Saudi’s and the Russia’s.

Look for the bearish tone to continue this week as long as rising supply and fear of lower demand remain the main issues. However, be prepared for a short-covering rally if the discussions over reduced production begins to gain support from Saudi Arabia and Russia.