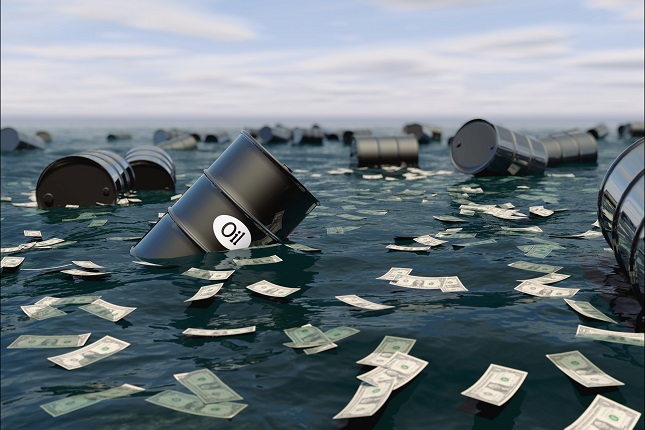 U.S. West Texas Intermediate and international-benchmark Brent crude oil futures finished lower for their eighth weekly loss in the last nine, during one of the most tumultuous weeks in the history of oil trading, highlighted by the nearby expiring May U.S. futures contract falling into negative territory for the first time to minus $37.63 a barrel on Monday, while Brent fell to a twenty-year low.

June futures hit their low of the week at $6.05 as May futures expired on Tuesday. This allowed prices to stabilize somewhat with traders saying the late week rally was fueled by short-covering and profit-taking rather than speculative buying.

Although the markets recovered more than 50% of their earlier weekly losses by Friday, nothing changed in the fundamentals to turn the energy complex bullish.

Once the coronavirus is under control, output should rebound as well as prices, but don’t expect output or prices to return to pre-virus levels for years.

Bearish Start to the Week

Excess supply caused by the economic fallout from the coronavirus pandemic hammered crude oil at the beginning of the week.

The selling pressure was so strong, the front-month U.S. futures contract fell into negative territory for the first time in history and set a record for the number of contracts traded on Tuesday. The surge in volume and volatility prompted the CME Group, the world’s biggest commodities exchange, to raise margins on crude oil futures.

Crude oil prices have plummeted by close to 80% this year as the pandemic has spread across the world and every sector of the economy, killing nearly 180,000 people, routing financial markets and leading to potentially the worst economic meltdown since the depression of the 1930s.

The viral outbreak has caused fuel demand to drop by roughly 30% worldwide and energy companies in the United States, the world’s biggest producer, are scrambling to find storage for excess oil.

Prices were supported late in the week following an announcement from President Donald Trump in which he instructed the U.S. Navy to fire on any Iranian ships that harass it in the Gulf, although he added later he was not changing the military’s rules of engagement.

Over the weekend, in an effort to calm the situation, Iranian President Hassan Rouhani said Tehran was closely following United States activities, but would never initiate a conflict in the region.

Kuwait’s state news agency KUNA said on Thursday the producer will begin cutting supplies to international markets without waiting for the official start of the OPEC+ deal on May 1.

Additionally, Azerbaijan’s Azeri-Chirag-Guneshli oil project will have to cut output sharply from May onwards as the oil producer fulfills its commitments under the deal to cut production, four sources told Reuters.

Additionally, Russian oil companies will cut their crude oil loadings from Baltic ports and Black Sea’s Novorossiisk in May to 5.42 million tonnes, the lowest level in 20 years, the preliminary loading schedule seen by Reuters showed on Friday.

Concerns about the collapse in demand because of travel restrictions to contain the coronavirus and a shortage of space to store oil are expected to dominate the news over the near future. However, do not expect a repeat of Monday’s price shock over the near-term

Prices could continue to stabilize this week if more OPEC+ members announce early production cuts. An escalation of military activity in the Middle East will be a bonus. However, the wildcard will be the announcement of output cuts by U.S. producers. This news could trigger a steep short-covering rally.

The demand destruction is expected to continue, but may slow down if the coronavirus curve continues to flatten and as more states and cities begin to re-open. Traders are going to get more clues as to the extent of the damage to demand later this week when the U.S. releases Advance GDP data on Wednesday and ISM Manufacturing PMI data on Friday.