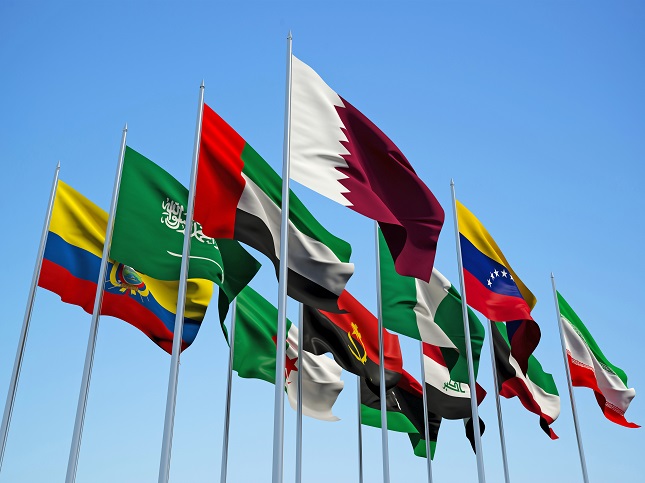 Brent and WTI January contracts rallied more than 7% last week and have risen by more than a quarter in November.

The rally has been driven primarily by Covid-19 vaccine news in which three giant pharmaceutical companies are likely to deliver the cure to the current pandemic. Steady increase in oil demand from Asia, a weaker US dollar and easing political uncertainty in the US as President-elect Joe Biden began his transition process have also helped boost sentiment. However, it’s now in the hands of OPEC+ to determine whether oil prices remain close to $50 or they get dragged lower towards the low $40s.

Back in April, the coalition agreed to cut production by 9.7 million barrels per day and have scaled it back further to 7.7 million bpd since August. The original plan was to then bring back another 2 million bpd in January 2021, but markets seem convinced that this step will be delayed. The question remains for how long?

While fuel demand in Asia has returned close to pre-pandemic levels, we are still far away in Europe and the Americas. That would make it a challenging choice on whether to delay or bring back more oil to the market. At this point, OPEC+ members won’t just be trying to balance supply and demand, but also bring back global inventory levels to their long-term averages. Given the increase in Libyan production, inventories are set to rise again if the group sticks to their previous plan.

Oil bulls would like to see an extension of the current reduction of 7.7 million bpd for another 6 months. However, this could come at a cost of losing market share to the US shale oil producers. American rig counts have been steadily increasing since mid-September and the further prices go higher the more rig counts are likely to be added. In the week ending 25 November, rig counts stood at 320, up from 244 in mid-September. That is the challenging situation OPEC+ will have to deal with.

Other than rising prices, last week saw an additional positive development in which January Brent futures traded at a premium to those of February, in what’s called ‘backwardation’. This situation usually denotes tighter conditions and is seen as a positive signal. However, it lasted only for four days before returning to ‘contango’, so we cannot read much into this unless the curve flips for a longer time period.

Making things even more complicated for OPEC+ is that the recovery pace in road fuel demand versus jet fuel demand remains sluggish. The coalition cannot target a specific grade or product but only crude in general.

It’s clear that OPEC+ has more work to do and markets need to be convinced the coalition will successfully manage production in which global inventories continue to shrink. Our base case scenario is to see an extension of the current production cut for three months, which may then be extended for another three. This could keep prices around the high $40’s for December and possibly mid $50’s in the first quarter of next year. Any surprises or cracks in the alliance would deliver a negative shock.