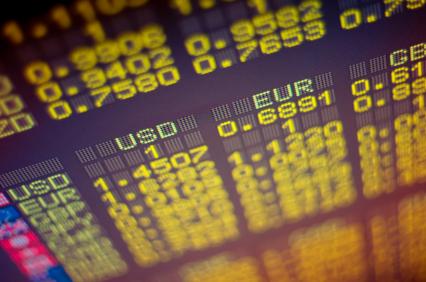 Without a doubt, the trickiest of all currencies in the next year will be the Euro. During the second half of the year in 2011, we saw several attempts to tweak the EU and make the debt crisis go away. However, there were mainly instances of half-hearted attempts at fixing the issues. It wasn’t until December that the leaders in the EU even began to act like they were taking the whole situation seriously.

The biggest problem with the Euro is that it structurally makes no sense. The idea of that many cultures, religions, and languages can unite under one currency is a bit farfetched if you think about it. The southern Europeans aren’t savers, or even producers for that matter. Quite frankly, the ability of the Germans to sell their goods to poorer nations due to the same currency may be outliving its usefulness. However, there is a good chance that something is finally done over the next year, and that the Euro survives.

None the less, we are looking at an almost certain recession in the EU, and perhaps a few more rate cuts. The currency will probably get one massive rally once the issues are dealt with, but then reality will settle in. After the initial surge upward, the currency could very well fall below the current 1.30 – 1.35 levels. Expect another choppy and whippy year in this currency.

With the slowing down in the Chinese economy and the global “risk off” attitude that keeps popping up, the Aussie will fall overall. The Australian housing markets is starting to show signs of a crack in the bubble, and this will have money running from Oz as well.

The commodity market might be the one positive for the Aussie, albeit only slightly so. The currency will track some of the run to commodities, but in the end this should only serve to slow down the total descent, not stop it. We think the Aussie will be lower on the year, although not significantly so.

With Swiss National Bank’s need to work against the value of the Franc, the currency should continue to fall overall. There will be exceptions of course, but the major Franc-related pairs will all see a weakening of the Swiss currency. The latest talk is that the SNB will raise the “floor” of the EUR/CHF pair to 1.25, and then perhaps to 1.30 or so. With the obvious willingness for the central bank to get involved in this currency, the markets take them seriously.

Unlike the Yen, the Franc is a fairly thinly traded currency. The SNB is more than large enough to control the markets, and will certainly continue to do so. This is especially true as long as the Europeans cannot get their collective acts together on the debt crisis. With this in mind, we expect the Franc to fall in value, especially against the Dollar.

With the Bank of Japan intervening in the USD/JPY and EUR/JPY every once in a while, this currency will be difficult to hold for too long. Granted, the overall direction is stronger for the Yen, but waking up to a 300 pip loss isn’t what most traders are into. Because of this, we expect that the Yen will range trade for another year, as traders simply aren’t willing to take on the BoJ, and the world’s economy doesn’t improve much. The “risk off” trade will keep the demand for the Yen alive, but the BoJ will also keep it under control. Our assessment is that the Yen will be flat overall.

The US dollar should continue to see inflows as the “safety trade” continues for at least the first part of the year. The situation in Europe has a long way to go, and if the EU settled on the “correct” solution today, we would still be talking about massive referendums across the continent. With that in mind, there won’t be any certainty until much later than people tend to think. The situation in Europe is far more complex than most traders understand. Because of this, the Dollar should do quite well in the year ahead. In fact, the Dollar is the last safe haven, as the Swiss and Japanese are intervening against their own currencies from time to time. With that in mind, it makes for a Dollar positive environment.