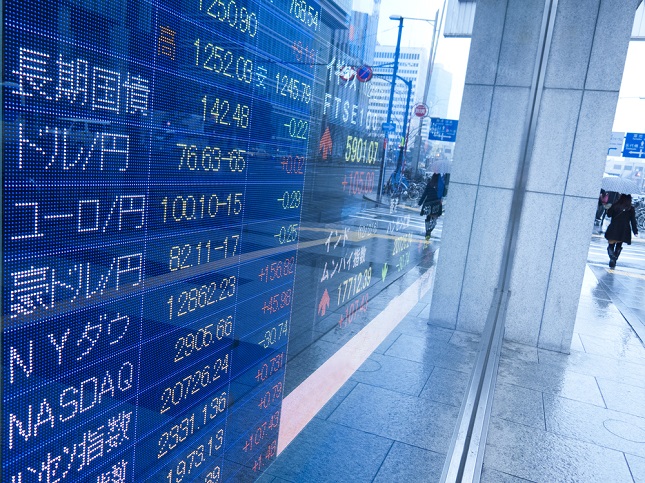 In Asia, investors sentiment could  get off to a flying start after Commerce Secretary Wilbur Ross suggested that licenses allowing U.S. companies to sell to Huawei “will be forthcoming very shortly.”

Huawei was not so long ago at the epicentre of the markets daily trade war risk regime, and while discussions have been thought to be compartmentalised of late, Huawei is still a crucial pawn in the broader trade talks.

This essential trade war de-escalation should play out favourably for the global tech supply chains and could be hugely beneficial for Chinese equity markets that were already trading a step up on the component substitution narrative as Asia tech giants were becoming more self-reliant.

As well, E.U. shares should get a boost as Commerce Secretary Wood has also indicated that the U.S. may not need to put tariffs on European cars.

The Trump administration appears to be relenting to the U.S. heavyweight giants of the U.S. tech sector, which is a positive indication ahead of the phase one trade deal signing. Also, it could better pave a very bumpy trade talk road, albeit a long and winding one, to a possible signing of phase two of the trade deal.

This week’s economic data docket is relatively light, but the markets will be digesting and rethinking the FOMC forward guidance, Friday’s October employment report and of course, the ongoing trade talks will be the significant drivers of sentiment this week.

Last Friday’s robust U.S. October employment report and 95k in upward revisions to the prior two months saw equity markets bound and with little fear of any near term policy normalisation, the lower and for longer duration interest rate narrative may continue to support risk markets. Indeed U.S. investors are emboldened by the Fed policy reaction function which has turned asymmetric for the foreseeable future – either interest rates remain on hold or are lowered further.

Coming off a tough week of trading WTI from the long side, last week ended on a more upbeat note as oil prices were boosted by a stellar U.S. job report, another fall in the U.S. rig count and US-China trade talks which continue to veer on a positive direction. Still, it’s the data that counts and traders will be looking towards key macro inflexion points, especially around forward-looking sentiment gauges.

Expect US-China trade talks to feature prominently in the Oilpatch conversations this week. And alongside possible OPEC intervention headlines, the slowdown in U.S. onshore activity is a critical inventory correcting mechanism and could offer support for prices ahead of this week’s essential U.S. inventory reports. The latest US oil industry production data not only shows the number of wells drilled in U.S. unconventional basins 13% below the 2018 average but that the U.S. rig count has declined for its third consecutive week and the total count is down a staggering 183 rigs from the same time last year. Oil things considered; markets are not looking dreary this morning.

The robust October U.S. employment report, which was accompanied by 95k in upward revisions to the prior two months, may weigh on gold prices early this week as traders push whatever remnants of near-term rate cut expectations further along the curve. A more resilient labour market, in theory, should augur well for sturdier consumer spending which remains at the heart of the U.S. economic engine suggesting bond yields could stabilise or skew slightly higher.

This week, however, in addition to the critical inverse correlation to U.S. bond yields, gold prices could be critiqued against the underlying movements of the S&P 500 as investors are within a breath of the fundamental 3075 levels. But a move through the psychological and critical technical 3100 marks could set up for a near term bearish reversal in the gold trend as gold above $ 1500 and the S&P at 3100 can’t possibly co-exist in the same market snapshot.

Over the near term, gold prices will be very much influenced by trade negotiations and U.S. economic data, but since investors may have little fear of U.S. interest rates moving higher in the wake of the latest FOMC messaging shift, gold price dips could be shallow and possibly much more reactive to the weaker economic data.

But possibly the biggest question for the gold market this week, will global services PMIs print the same optimism as in Manufacturing? China Trade Balance, German and European I.P. data later in the week could provide a not so subtle reminder of challenges to the real economy.

Central banks are trying to pump the air back into a slowing global economy, but a realisation that using monetary policy to offset damage from US-China trade tensions has its limits and risk. More and more central bank is adopting a wait and see the approach and could borrow  a page out of the Fed playbook by  hitting the pause button while ruling gout policy normalisation for the foreseeable future

The USD broadly weakened in October as softer U.S. economic data increased expectations of a more dovish Fed, but the USD remained on the back foot despite the lack of a dovish Fed message in last weeks post FOMC statement. Suggesting that currency markets could remain driven by risk sentiment as greater optimism on the US-China trade front, and the progress between the U.K. and E.U. regarding Brexit keeps the U.S. dollar on a defensive posture.

In the wake of Friday very robust U.S. payrolls reports, the markets may continue to price out U.S. rate cut expectations adequately well into 2020 and prepare for monetary policy to remain on hold for the foreseeable future.

This shift augurs somewhat counterintuitive price action as the Fed raised the threshold for further easing as per their latest guidance, which logically should support the USD. However, price action suggests traders might doubt the Fed’s ability to “pause” in response to weakness in global data, and there remains the most room for U.S. rates to converge lower. And with trade tension tumbling and political progress pumping the pound, these diminishing geopolitical tail risks could presage an extension of the mini risk revival.

The US dollar downside is a clear theme, and Asia FX has been the shining star.

The easing trade tensions helped to override the downside surprises seen in the dreary China domestic economic data and have contributed to a convincing rally on the Yuan. Also, the yield spread between 10y CGBs and 10y USTs is fluctuating around 156-157 basis points, as the PBoC disappointed the market by deciding not to release any signal of monetary easing after the Fed lowered interest rates on Wednesday. In the past, PBoC Governor Yi has suggested an 80-100bp gap is comfortable. So, from a carry trade perspective, the widening differential may make yuan-denominated assets more attractive for investors and lend support to the Yuan.