With the FOMC meeting having concluded today and Chairman Powell signaling that tapering of their monthly purchases of mortgage-backed securities would occur in tandem with the raising of fed funds rates, this means that tapering is most likely not going to occur this year or next.

This perceived bullish statement from the Fed propped up pricing of the world’s largest digital currency. As of 5:40 PM Eastern Standard Time, BTC futures are trading up 5.76% or $2185 on the day and are pegged at $40,090. 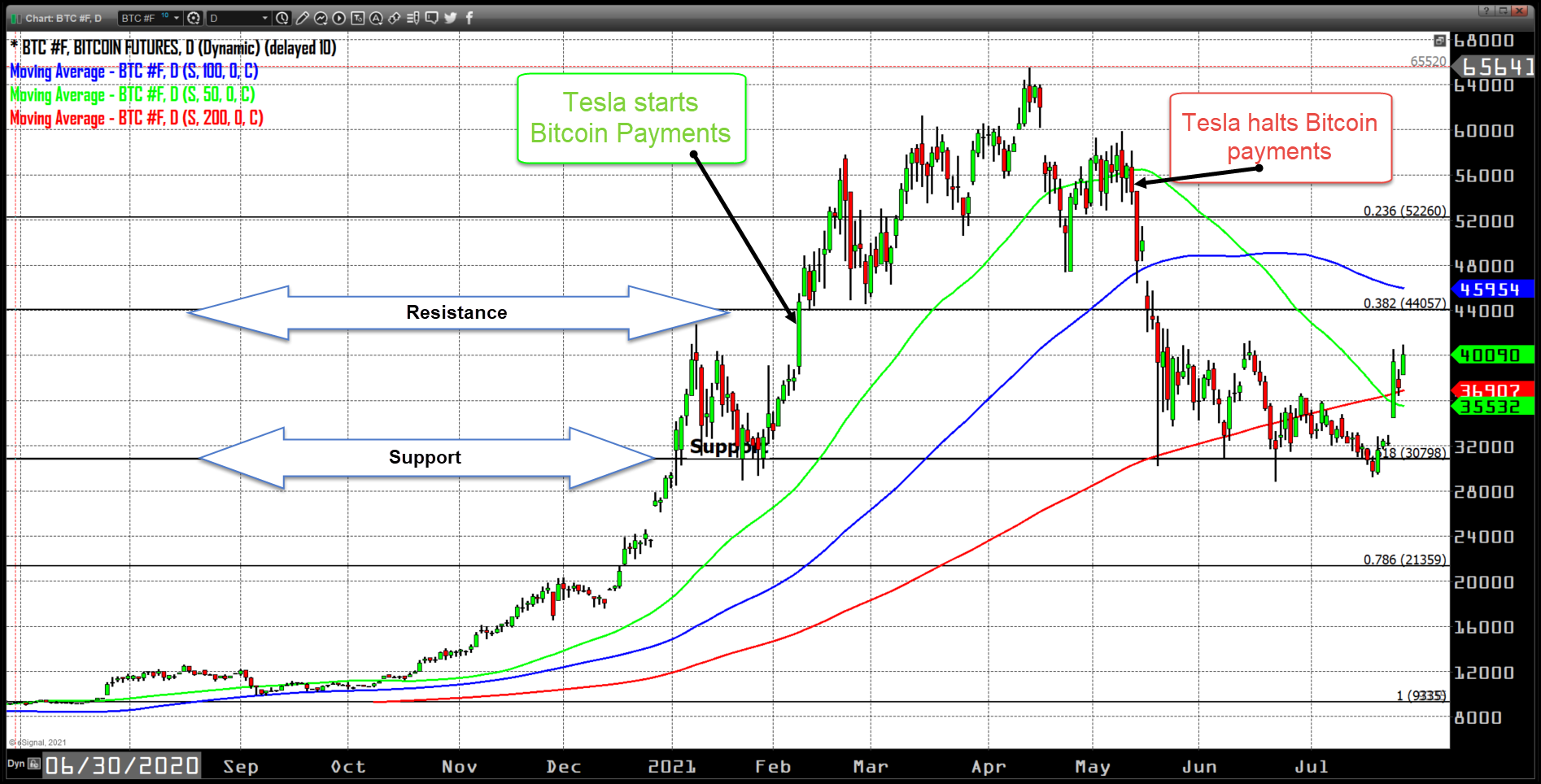 Current pricing is now but up against the resistance at $40,000. If Bitcoin can take out the support level, we will see $45,000 being tested soon after. However, if we look back to February 8, 2021, which is the day BTC finally was able to break above resistance at $40,000, it took a huge headline to do so.

On February 8, when BTC did overtake $40,000, it had just been announced that Tesla had purchased 1.5 billion worth of Bitcoin and would soon be accepting it as a payment for their electric vehicles. This was a huge development that experienced a massive amount of media coverage and social media because of Elon musk’s involvement.

The impact of this can be witnessed when on May 12, Tesla announced it would be halting its bitcoin payment option. This accelerated bearish action in Bitcoin, which on that day opened at $57,000 with solid support at $50,000. On May 13, BTC crashed through that support level and began an accelerated correction hitting a low of $30,000 just seven days later.

Elon Musk’s influence over the price of BTC can be seen from the recent action last week when he hinted the electric vehicle maker might start accepting BTC as payment once again. This news helped propel bitcoin off its lows at 30,000 and into the current uptrend we are witnessing.

For now, Bitcoin will likely remain between $35,000 – $45,000 until another large fundamental bullish headline is reported. This could be anything concerning large-scale adoption and might easily be Tesla once again accepting Bitcoin as a payment option.