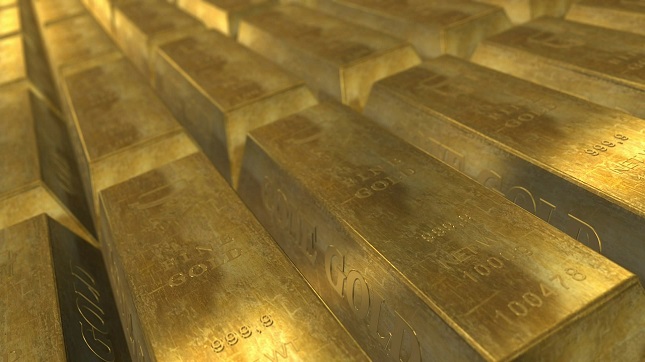 Gold prices are trading steady to lower early Thursday, underpinned by the weaker U.S. Dollar Index and pressured by firmer Treasury yields. Technical factors are also contributing to the price action after the market rebounded from early weakness on Tuesday to close higher for the session.

There has been no change in the fundamentals so any strength in the market this week will likely be attributed to short-covering and profit-taking fueled by technically oversold conditions.

Fundamentally, the market is being pressured by a hawkish Fed monetary policy and its latest forecasts calling for at least two more rate hikes in 2018.

Strong U.S. economic data is also pressuring gold prices because it is giving investors confidence that the Fed is on the right track.

On Monday, the ISM Manufacturing PMI came in at 60.2, well above the 58.2 forecast and the 58.7 previous read. Furthermore, it also provided proof that the U.S. economy is operating head and shoulders above the rest of the major global economies.

On Tuesday, the IBD/TIPP Economic Optimism report came in at 56.4, beating the 54.2 forecast. This report showed that consumers surveyed had confidence in President Trump’s efforts to sustain economic growth. The numbers also showed that “despite concern over a potential trade war, the majority of poll respondents support tariffs levied by the President and believe that the U.S. has been taken advantage of on trade.”

Today, investors will get the opportunity to react to a number of economic reports including Challenger Job Cuts, ADP Non-Farm Employment Change, Weekly Unemployment Claims, ISM Non-Manufacturing PMI and the FOMC Meeting Minutes.

Gold could be pressured further if strong economic data push Treasury yields higher as well as the U.S. Dollar.

As far as the FOMC Meeting Minutes are concerned, traders will be looking closely for clues as to what it could take the Fed to deviate from its current pace of lifting rates each quarter until the end of the year.

If the minutes show the Fed is locked-in on two more rate hikes this year then look for gold prices to retreat.