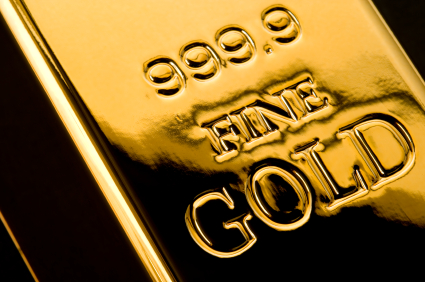 August Comex Gold futures are trading slightly better in light trading early Tuesday. The market continued the rally on Monday, which was fueled by Friday’s disappointing U.S. Non-Farm Payrolls report, but the buying wasn’t as strong.

Although gold prices have been pushing higher since May 9, the rally had been a grind for several weeks until late last week when it surged to the upside. Currently, the major support comes in at $1268.80 to $1259.10. Holding above this zone will suggest the presence of strong buyers. If the buying continues then we’re likely to see a test of the mid-April top at $1300.30.

Helping to drive gold prices higher has been falling Treasury yields and the weaker U.S. Dollar. If these trends continue then dollar-denominated gold will continue to be an attractive asset.

Worries over the outcome of the U.K. elections have also provided support. Current polls suggest the race may be closer than previously thought. Speculative interest in gold could increase in the days leading up to Thursday’s election.

Recent terrorist attacks and concerns over the stability of North Korea are also underpinning the market.

Hindering gold’s progress has been the strong rally in global equity markets. The major U.S. stock indexes are hovering near all-time highs, suggesting money is still flowing into the markets. Gold is likely to continue to be underpinned by the weaker dollar and the geopolitical events, but the move is likely to continue to be a grind unless stocks start to make a sharp correction.

Look for gold to continue to rise into the U.K. election on Thursday. We could see a short-term setback if Prime Minister Theresa May wills the election, but gold could surge higher if she loses.

The rally could be extended if the dollar continues to lose ground particularly on June 8 when Former FBI Director James Comey testifies before the Senate Intelligence Committee. This is also the date set for the U.K. elections.