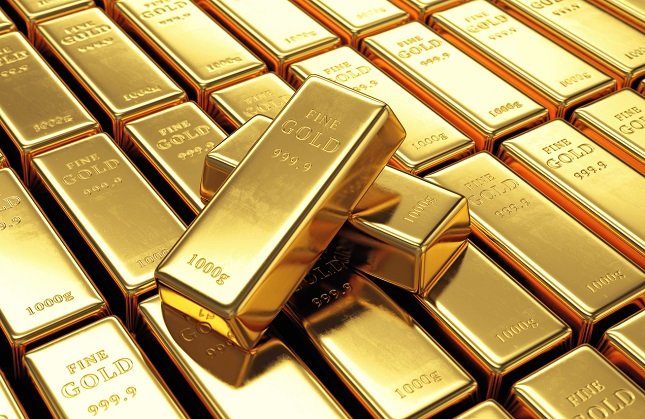 Gold prices posted a two-sided trade last week before settling higher for the week. The market was driven higher early in the week due to flight-to-safety buying after U.S. equity markets broke sharply. Gold prices retreated at mid-week in reaction to the Fed minutes, but recovered late in the week to reach a multi-month high in reaction to geopolitical concerns.

On April 4, gold hit its highest level in over a month, getting a boost from a sell-off in U.S. equity markets, a softer dollar, as well as safe-haven demand following an explosion in St. Petersburg, Russia on Monday.

Gold prices fell on April 5 after Fed officials said the shedding of the $4.5 billion in bonds the central bank is holding on its balance sheet will begin this year.

This news was revealed in the minutes of the Federal Open Market Committee meeting held in March. At this meeting, the committee approved a quarter-point hike in its benchmark interest rate target. The minutes also said that the Fed likely is on a faster pace with rate hikes ahead.

This is important news for Treasury market, U.S. Dollar and gold traders because of its sheer size and the impact it could have on these markets. The move itself would amount to a rate hike, according to Fed members including Chair Janet Yellen, which could have a negative impact on gold.

June Comex Gold futures reached a five-month high on Friday as investors pulled their money from higher risk assets for the safety of the precious metal market after the U.S. fired cruise missiles at a Syrian airbase, escalating tensions with Russia and Iran. According to reports, Russia, a staunch ally of Syria, said relations between Washington and Moscow had been seriously damaged by the strike which was in retaliation for a deadly chemical attack on a rebel-held area of Syria.

Also helping to hold prices steady on Friday was a mixed U.S. Non-Farm Payrolls report which led investors to question whether the labor market is strong enough for the Fed to continue with its plans to raise interest rates.

Gold prices retreated into the close on Friday after New York Fed President William Dudley shed more light on the U.S. central bank’s developing plan for when to stop replacing bonds that expire in its portfolio, how to execute it, and how far it would ultimately shrink its balance sheet.

Dudley also said the U.S. should consider small adjustments to the Dodd-Frank law, which toughened oversight for financial institutions. He also added that there might only be a slight pause in the Fed’s plan to normalize rates if the central bank starts unwinding its massive $4.5 trillion balance sheet.

Gold prices could continue to rise this week because there is risk that the fight over Syria will lead to an escalation of the war in which Iran and Russia, and the U.S., could get involved.

There are also reports surfacing over the week-end that a U.S. aircraft carrier is headed towards the Western Pacific amid escalated tensions on the Korean peninsula over North Korea’s nuclear weapons program.

Based on last week’s price action, it looks as if any escalation in military activity will be bullish for gold and any talk from Fed officials suggesting its strategy to tighten monetary policy will proceed as planned will have a negative influence on gold prices.