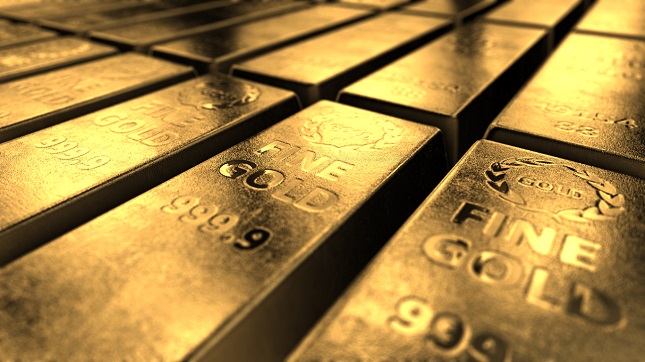 Gold prices closed lower for the week, but remained firm as the U.S. Dollar hovered around a three-year low amid heightened fears of a U.S. government shutdown. Nonetheless, the move was not strong enough to prevent a weekly loss for the first time in six weeks.

Despite the underlying strength in reaction to the weaker dollar, gains were limited by the surge in U.S. Treasury Bond yields. U.S. rates rose throughout the week on expectations that the strong global economic recovery will encourage the U.S. Federal Reserve to press ahead with monetary tightening.

The biggest influence on the price action in gold for over five weeks has been the U.S. Dollar.

The catalyst behind the volatility last week was concern over a possible government shutdown.

Gold was also impacted by rising U.S. Treasury yields especially the 10-year Treasury Note which moved to its highest level since 2014 on Friday morning. The jump in yields corresponded with an underlining move in global bond markets caused by central banks moving away from financial crisis stimulus.

The direction of the gold market this week is likely to be determined by the movement in U.S. Treasury yields and the U.S. Dollar.

Treasury yields will be underpinned if investors continue to bet on as many as three or four rate hikes by the Fed this year. This is potentially bearish for gold.

If there is a flight to safety rally because of the government shutdown, U.S. Treasury yields could fall along with the U.S. Dollar. This will drive up gold prices.

The U.S. government remains shut down for a second day with Washington officials making almost no progress toward a deal to reopen the government before the financial markets open on Monday.

The key issues remain the same at this time, the Republicans want the funding and the Democrats want to move toward striking a deal on immigration legislation and reauthorizing a popular children’s health insurance program.

At the end of the session on Saturday with negotiations going nowhere, it’s started to look like the shutdown could last well into next week.

The shutdown itself isn’t likely to have that much of an impact on prices, however, the uncertainty over the length of the shutdown will be the major concern. We have seen in the past that investors don’t like uncertainty. So in response to the shutdown, we may see the typical reaction by investors.

If investors decide there is something to worry about then they will sell just enough stock to alleviate their concerns. At the same time, money may flow into safe haven assets like gold.