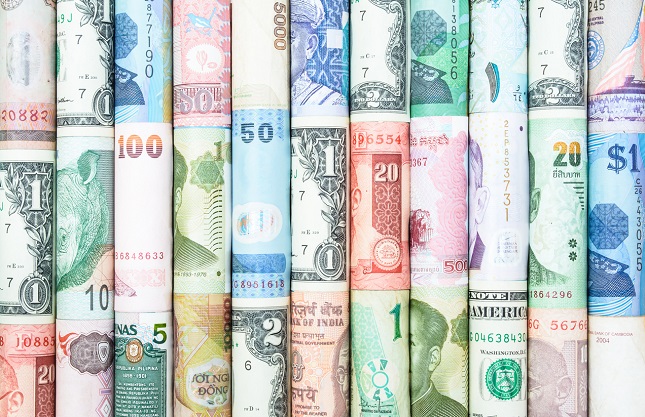 The 4 July holiday in the US fell on a Saturday this year, so it was a public holiday on Friday and the US market was closed.

Volatility was low in the first hours of the European trading session, and trading volumes were down sharply when compared with the rest of the week. Health woes chipped away at market sentiment on this side of the Atlantic. On Friday, it was revealed that US states such as Arizona and California saw a jump in the number of new cases. It is likely that traders in Europe took the view the health situation in the US would deteriorate as Americans enjoyed their long weekend.

According to the WHO, on 4 July over 212,000 new Covid-19 cases were registered – a daily record. The US, Brazil and India were the largest contributors to the tally. The US’s reading on Saturday was over 53,000, which was a retreat from Friday’s level of more than 57,000. Some hard hit US states such as Florida are experiencing a drop-off in the rate of new cases, which is probably down to a pausing of the reopening of its economy. As of yesterday, 34 states saw an increase in new cases on the week.

Stocks in mainland China and Hong Kong are showing impressive gains. There has been a jump in trading volumes in China, and European equity benchmarks are tipped to open higher as a result.

The latest services data from China and Europe point to a continuation in the rebound in activity. The Caixin survey of Chinese services for June was 58.4, its highest in ten years. Keep in mind the February reading was 26.5, so there has been a colossal turnaround. The services PMI reports for Spain, Italy, France, Germany and the UK were 50.2, 46.4, 50.7, 47.3, and 47.1 respectively.

The Spanish and French updates showed positive growth, and all the readings were major improvements on the May levels – which were in the high 20s or low 30s. It is clear that things are improving from an economic point of view, but the health situation could be a different story. There have been local lockdowns in Leicester, Melbourne, and in parts of Spain too. There are concerns that this sort of thing could become common.

Christine Lagarde, the European Central Bank president, warned that prices in the currency bloc might remain under pressure for the next two years, before seeing a turnaround. The central banker took part in a webinar on Saturday, and predicted that digitalisation will speed up, and that companies will cut their supply chains too.

It was reported the Bank of England chief, Andrew Bailey, wrote to UK banks and said that negative interest rates are an option the group is considering. Such a move would put pressure on lending margins, which are already squeezed. Interest rates are at historic lows, but consumers are actually paying down credit card debt, so would negative rates actually spark higher demand?

Over the weekend, pubs and restaurants in England were allowed to reopen. The event was referred to as ‘Super Saturday’ and it was a continuation of life returning to normal. The UK economy has come a long way in the past few months, and with more businesses reopening the economic rebound should continue, but there are concerns the infection rate could jump. Images of packed streets in places like London’s Soho will probably add weight to the argument that the capital could be in for a rise in Covid-19 cases.

German factory orders will be posted at 7am (UK time) and the May reading is expected to be 15%, and that would be massive rebound from the -25.8% registered in April.

At 10am (UK time), eurozone retail sales will be released and the consensus estimate is 15%. Keep in mind the May reading was -11.7%.

The final reading of US services PMI for June is expected to be 47, and that would be a slight improvement from the flash report’s 46.6. The report will be published at 2.45pm (UK time). Shortly afterwards, the ISM non-manufacturing report will be announced, and economists are predicting 50, which would be an improvement on the 45.4 registered in May.

For more than three weeks the GBP/USD has been in a downtrend and if the bearish move continues, it might hit 1.2163. A move higher from here might see it target 1.2683, the 200-day moving average.

Has been drifting lower for the last month and support could come into play at 106.00. A rebound might run into resistance at 108.38, the 200-day moving average.