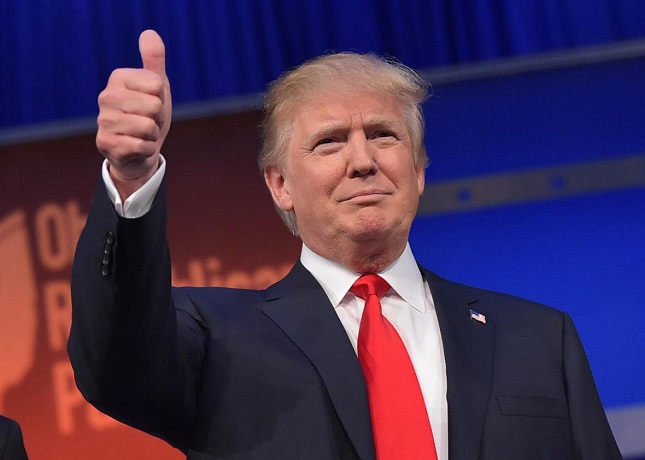 Even as he continues his recovery from the coronavirus, POTUS has been tweeting and posting video updates on @realDonaldTrump over the weekend, even making a surprise car trip out of the hospital to wave at supporters from inside an SUV, with the windows up and the President wearing a mask.

Asian stocks and most regional currencies are climbing, while the Japanese Yen has pared most of its gains versus the US Dollar since Friday’s shock tweet by POTUS himself that he and First Lady Melania Trump have both tested positive for Covid-19.

Even the futures contract on the VIX index, which is widely deemed as Wall Street’s fear gauge, has erased most of its gains, after spiking by more than 10 percent following Trump’s revelation on Friday.

Should President Trump pull off a full recovery and return to the campaign trail sooner-than-initially-feared, that could potentially reinvigorate his voter base while bolstering risk-on sentiment in global markets. Despite Friday’s selloff, last week, the S&P 500 still managed to post its first weekly gain since August, and remain more than two percent higher since end-July. If this US stock benchmark can stay positive until the eve of the November 3rd polling day, history suggests that such a performance by the S&P 500 in the lead up to election day points to a win for the incumbent.

US equity futures are now punching back into the green, which suggest gains for benchmark indices when US markets begin the new trading week.

Risk appetite could find more support from heightened hopes that the next round of US fiscal aid could be agreed to sooner rather than later, gathering more impetus from Trump’s diagnosis. The US President also tweeted over the weekend, saying that the US “wants and needs stimulus”, while encouraging negotiators to “work together and get it done”.

Still, beyond mere hopes and expectations, the overall situation remains fluid and uncertain, with the major event risk of the US Presidential elections just some 30 days away. Hence market participants may not get too carried away, and instead brace for further bouts of volatility over the coming weeks.