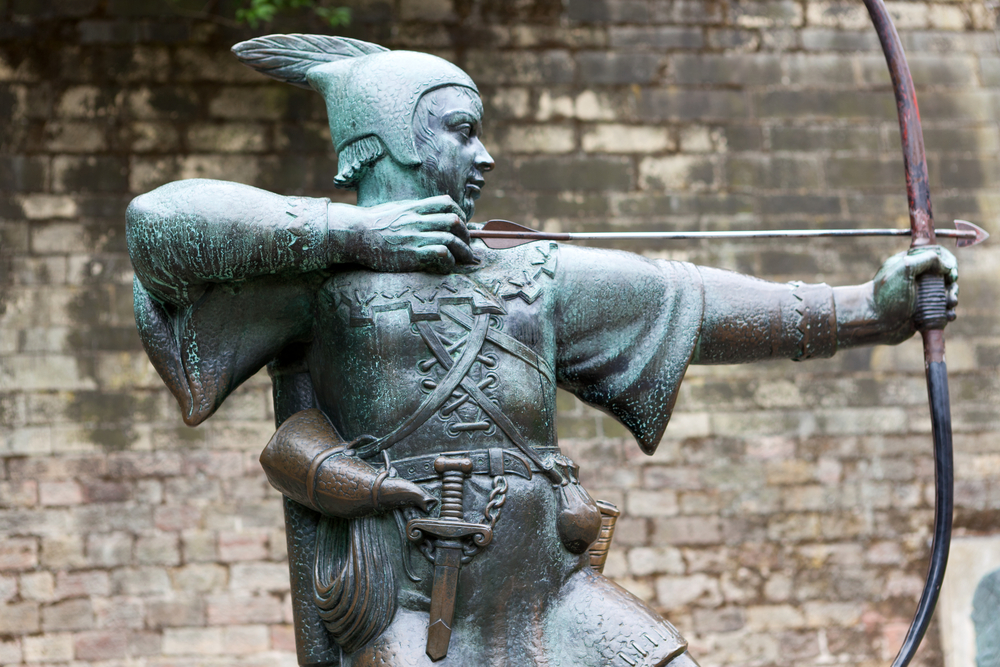 There are few companies that have endured a more tumultuous year than Robinhood. In January, the online brokerage found itself at the center of the GameStop short squeeze in which a coordinated group of Reddit investors used the app to collectively buy the shares of the shorted stock to send its price soaring by some 4,000%.

The company’s controversial payment-for-order flow operating model has drawn criticism from Wall Street stalwart, Warren Buffett, while others have claimed that Robinhood has been promoting the gamification of trading.

Despite this, the fact that more than one million customers are now on the waiting list for Robinhood’s upcoming cryptocurrency wallet means that the company is continuing to thrive despite picking up a wide range of adversaries throughout the year.

“We’re very proud of our cryptocurrency platform and giving people more utility with the coins they have,” Robinhood CEO Vlad Tenev told CNBC.

“We rolled out our wallets waitlist. A lot of people have been asking for the ability to send and receive cryptocurrencies, transfer them to hardware wallets, transfer them onto the platform to consolidate and the crypto wallet’s waitlist is well over a million people now.”

Robinhood unveiled its cryptocurrency wallet in September 2021, announcing that the product would be tested based on user feedback in October before going public. Significantly, this move will enable users to manage their cryptocurrency investments through a dedicated wallet within the app.

Despite Robinhood’s big announcement, the company’s stock appears to be struggling to gain traction after an impressive early rally following its arrival on the Nasdaq in late July 2021. 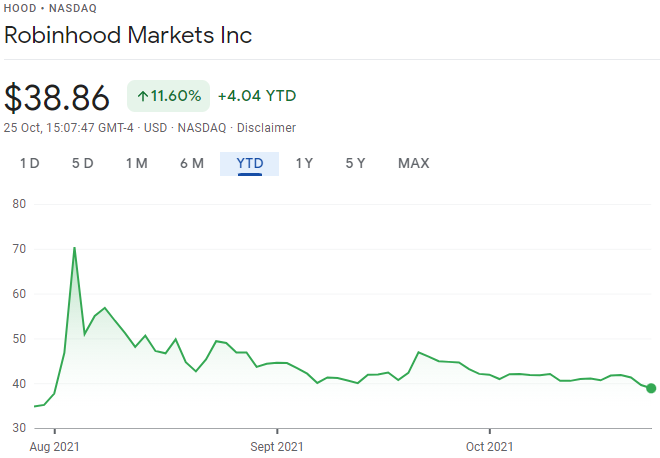 Robinhood’s stock initially soared following the company’s lowered IPO expectations but has struggled to keep up momentum and build on its early investor interest. However, it’s worth noting that Robinhood’s stock price is still trending higher than its initial public offering price.

Although late October brought the news that Robinhood’s cryptocurrency wallet had generated a seven-figure waiting list, we can see that the company’s stock has slumped further in the early stages of Q4. So, what’s holding Robinhood back? It’s likely that there are a few factors hindering the stock’s growth.

Significantly, retail traders – many of whom were heavily active during the Covid-19 lockdowns of 2020 and early 2021 – have returned to more active lives in going back into the office and socializing more frequently, rather than spending more hours of self-isolation studying stocks to buy and sell. This trend has been represented in data when considering that Robinhood’s app downloads have fallen by 78% in Q3 of 2021 in comparison to Q2, according to Apptopia.

It’s also important to acknowledge that the rise of fintech investing apps has encouraged large traditional financial players to enter the market. Notably, Revolut is gearing up to crack the American brokerage market with its own take on commission-free trading. Financial giants PayPal has also reportedly been exploring its stock investing options.

Robinhood stock also has a fairly limited float, which may be causing some pressure in the anticipation of when lockup expires and large shareholders decide to liquidate their shares. For instance, in August the company stated in their S-1 filing that some existing investors who bought into the companies via a private placement intend to sell almost 97.9 million shares over time.

One of the biggest challenges that Robinhood faces comes in the form of regulatory pressure. The US Securities and Exchange Commission has long been vocally critical of the popular payment-for-order flow business model that Robinhood operates on, and chairman Gary Gensler confirmed recently that a ban on the practice is “on the table.”

While other online brokerages like Schwab and E*Trade also benefit from payment-for-order flow, but, significantly, Robinhood is more dependent on the practice than its more-traditional counterparts.

However, the regulatory threats facing Robinhood have been shrugged off by Dan Gallagher, Robinhood’s chief legal advisor who was also the agency’s commissioner between 2011 and 2015. On the topic of a prospective ban, Gallagher explained that the SEC was “going to arrive at the conclusion that payment for order flow is undoubtedly an amazingly good thing for retail investors and they’re not going to ban it.”

Maxim Manturov, head of investment research at Freedom Finance Europe is similarly optimistic that the future for Robinhood’s stock is bright despite regulatory threats.

“Robinhood’s long-term prospects remain positive. Even with these short-term concerns, Robinhood is well placed to create long-term value,” Manturov said. “It is also possible that the current price already takes into account the news about the SEC attention.”

With this in mind, it may be the case that Robinhood can turn a corner on its dwindling recent stock prices and begin a period of accumulation once the threat of a payment-for-order flow ban alleviates.

Although the online brokerage market has become a congested space for fintechs, and the dangers of SEC scrutiny may seem ever-present, but Robinhood has grown into a market leader in its own right in terms of retail investing. It’s unlikely that the popular platform is going anywhere fast.