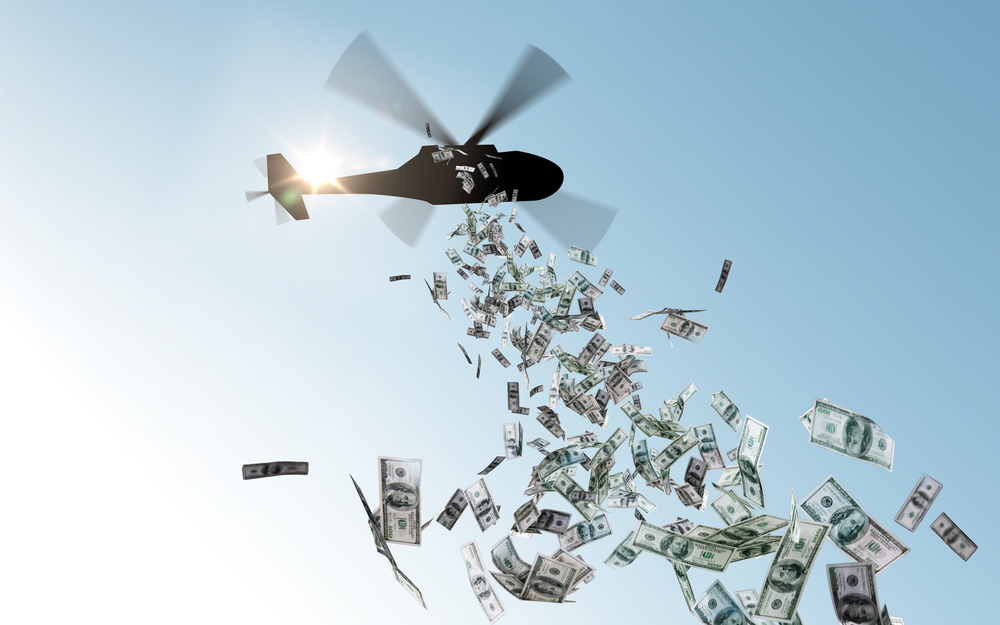 During the different meetings last month, the various Central Banks, the Fed, Bank of Japan, People Bank of China, and the ECB left rates and policies unchanged as expected.

While the tone was quite optimistic on both sides of the Atlantic, Chairman Powell remained dovish and said the “time is not yet” to talk about tapering. Regarding inflation, Powell emphasized again that the Fed’s focus is on actual numbers and not on forecasts, and even if higher this year, the inflationary pressure should only be transitory.

However, last week Treasury Secretary Yellen shook the markets when she said that rising rates would be a necessary tool against an overheating economy. At the end of the day, the decision-maker regarding the rates is the Fed, but since Powell and Yellen are close, we may legitimately ask ourselves if they do not start questioning the inflation’s “temporary” nature.

During its meeting, the ECB said it would expect to lower bond purchases by the end of the year if vaccine rollout is improving and new variants do not represent a threat to the reopening.

In addition, the European Union plans to launch a Recovery Fund in June, under which it will issue a total of 800 billion EUR within five years, in order to support the post COVID economy.

The Central Banks in China, the US, and Europe are planning or checking a potential launch of a digital currency of their own – a move which may counter the original purpose of the cryptocurrency, a non-regulated coin.

Biden seems decided to finance his plans with tax hikes

In the US, President Biden seems decided to finance his plans with tax hikes: his $2.25 trillion infrastructure plan should be financed with an up to 28% corporate tax hike. He announced a $1.8 trillion children and families plan that should be financed with a tax increase as well. In addition, he proposed a capital gains tax hike from 20% to a 39.6% maximum rate for households making more than $1 million per year.

Of course, with a narrow majority in Congress, such increases will likely be compromised, but still, the tone is set, tax hikes will happen for corporates and for investors. An interesting and historical fact though: US markets tend to perform better in years of tax increases than during years of tax reduction. Food for thought…

On the vaccination side, Biden missed his target of 60% for the end of April. Nevertheless, even with 45% of Americans have received their first dose, restrictions are being eased all over the country. The new target is for 70% of Americans to get vaccinated by July 4th. In Europe, the vaccine rollout accelerated and as of today, 25% of Europeans have received their first jab. Israel is still a world leader with more than 62% of the population vaccinated.

April saw also the kickoff of the earnings season for Q1: so far 87% of the S&P 500 have reported, with 87% beating estimates. US major banks and giant techs reported extraordinarily strong numbers with good guidance, but little or no change was observed in their stock prices.

In the meantime, in China, regulators are focused on giant tech companies, and in this framework, Alibaba was fined $2.8 billion for breaking anti-monopoly laws, the largest amount ever imposed on a company. However, to put things in perspective, it represents only 2.5% of the forecasted revenue of the company for 2021 and the company accepted and complied with the charge without complaint. But for now, big Chinese stocks are under pressure mainly for that reason.

Finally, a world leaders’ virtual summit on climate took place last month, organized by President Biden, hosting heads of states as well as philanthropists and activists on this matter. They all committed to efforts of lowering carbon emissions. This commitment has supported temporarily the clean energy sector. However, this sector is now suffering again, because of supply chain issues, despite actual good numbers.

Like automakers, renewable energy companies are being hit by the global chip shortage and by the cost of transport which has more than doubled this year. All that weighs particularly on solar energy companies that are in a period of development and investment.

From our side, as volatility and yields stabilize, and market movements on good news are contained, we tend to think that the recovery is now priced in and not much upside is left, at least in the short term. In this context, any bad news could have a strong and unexpected impact. However, for the midterm, two factors are incredibly supportive of the equity markets: first, the huge increase in dividend rates, even to above the pre-COVID levels, and secondly, the huge inflows into equity ETFs.

Indeed, inflows for the first quarter were the largest ever and more than three times the inflows during Q1 2020. If this trend continues, we could reach a total of $1 trillion cash brought to US equity ETFs by the end of the year, more than twice the actual record set in 2017. These facts tell us that there is plenty of money around and it mostly goes to one place, and one place only.