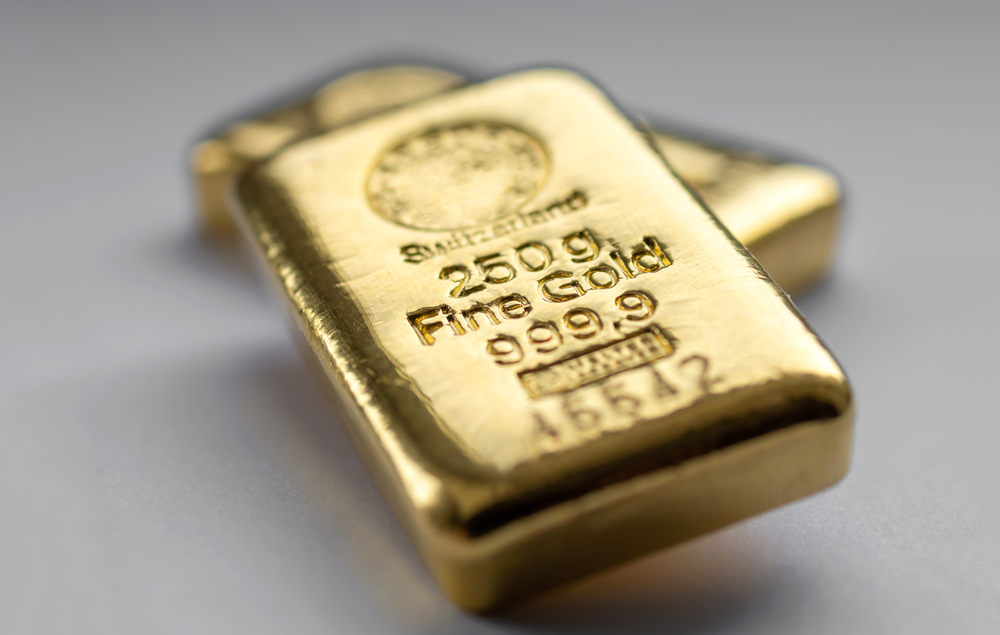 Since a Wyckoff accumulation pattern in the smaller timeframe is about to complete, gold could be ready for a short-term uptrend to test the previous high near 2080 despite a Wyckoff change of character (as discussed in my video) showing up in Gold futures (GC) two weeks ago, which stopped the uptrend since early of February 2022.

As shown in the 4-hour chart of gold, a selling climax (SC) was achieved followed by an automatic rally (AR), which defined the upper and lower boundary for gold. 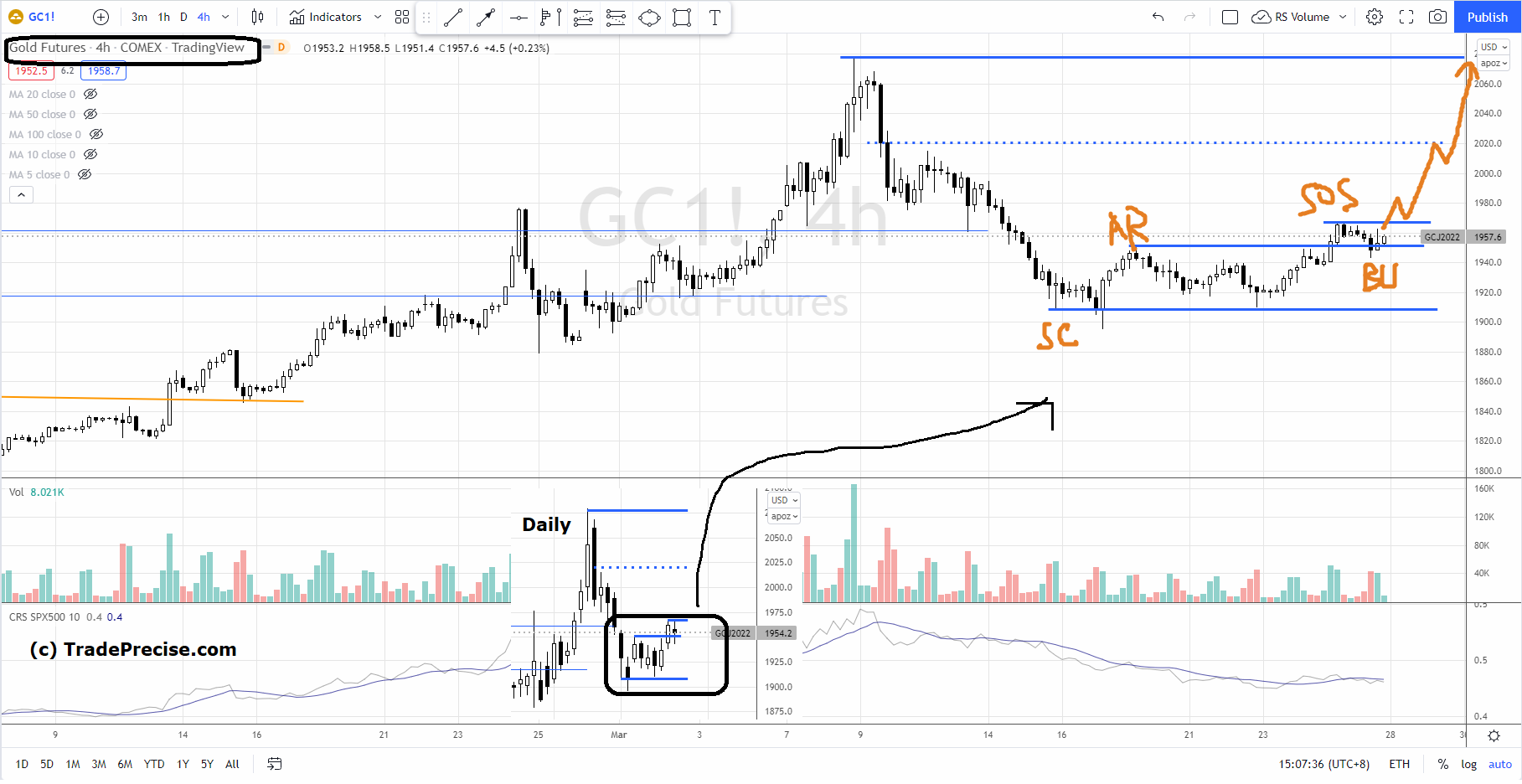 The recent sign of strength (SOS) rally broke above the resistance at 1950 is the best rally within the short duration of the trading range since the selling climax while the backup action is the shallowest reaction. These clues suggest gold is at a sweet spot to enter the mark-up phase upon confirmation.

A commitment above the immediate resistance at 1970 in gold could kick start the rally to test the upper resistance at 2020 followed by 2080.

Despite the bullish characteristics as explained above, a failure case of this short-term Wyckoff accumulation structure is to be considered as it might take more time to develop the structure before entering the markup phase.

Should gold break below 1940, the markup scenario is violated and gold is likely to test the low near 1900 while spending more time within the trading range.

The price target for gold can be estimated and projected using Point & Figure (P&F) chart as shown below: 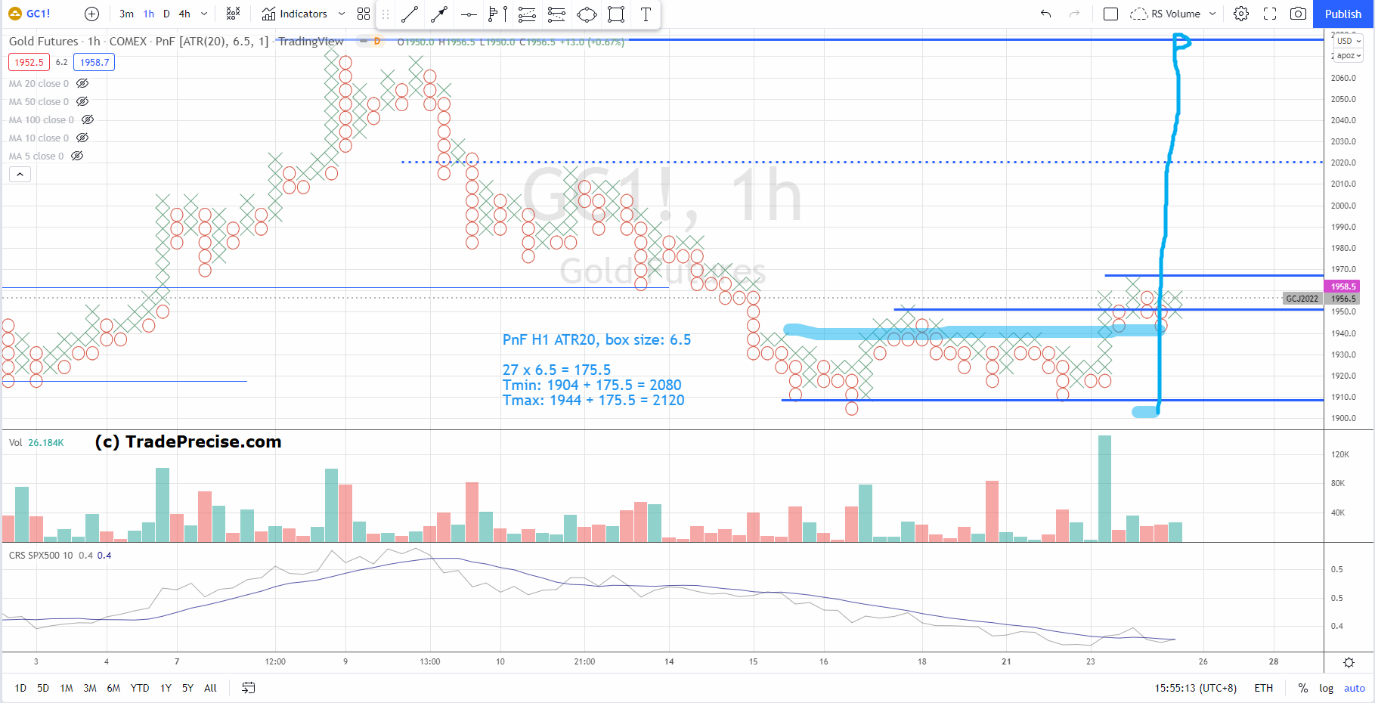 The minimum price target for gold is estimated to be 2080 using the full segment calculation (as highlighted in blue), which coincides with the resistance formed by the previous swing high level.

Detail analysis using Wyckoff method as shown in the video is to be conducted to anticipate the next move in gold as we will need to analyze how the price interacts with the key resistance level, its characteristics and to interpret the supply and demand as reflected in the volume.

Focus On The Outperforming Sector – Commodities

The strong rally in the market especially the S&P 500 (SPX) and Nasdaq 100 (NDX) in the past two weeks draws the attention of both traders and investors. Bullish sentiment is definitely back, which is also reflected in my stock screener below: 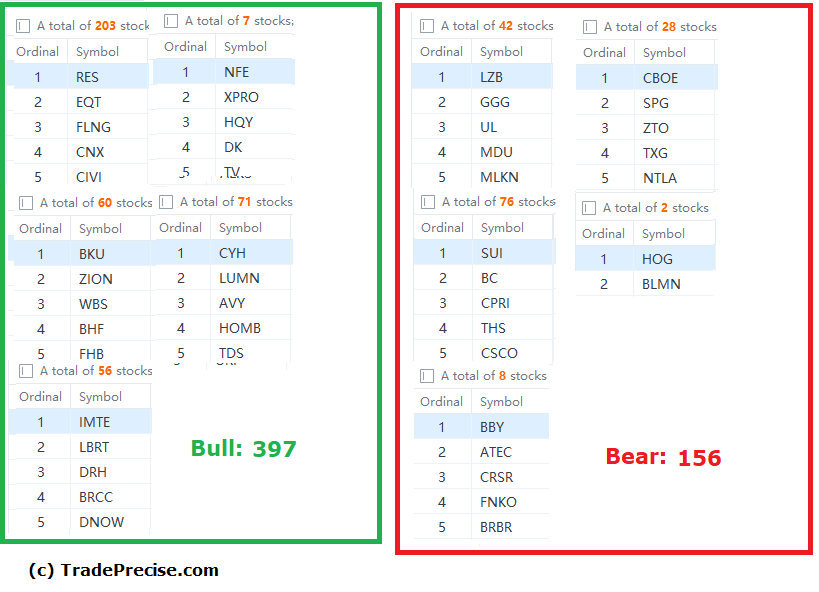 While going through the bullish trade entry setup for the stocks, many commodities related stocks range from oil and gas, agricultural milling, fertilizers, precious metals, etc… show outperformance. These are the trade entry setups I will be focusing on in order to beat the market.

Yet majority of the news headlines focus on the deeply oversold technology stocks. These oversold technology stocks might have gained a lot in the past two weeks. Yet, it still does not change the bearish structures for most of the them. Some of them at best could be at their base building structures while bottoming out. A lot of them are likely to resume their downtrend once the market reverses to test the low formed in February 2022.

Focus on the stocks that show outperformance will likely lead to extraordinary return in the long run. Visit TradePrecise.com to get more market insights in email for free.