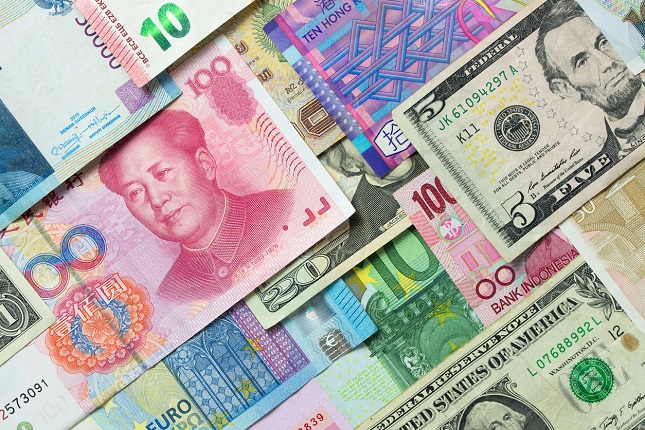 “Those who speculate and short the yuan will for sure suffer heavy loss.” – said Xiao Yuanqi, the spokesman for China’s Banking and Insurance Regulatory Commission (CBIRC).

Besides, Mr. Yuanqi declared that higher US tariffs even if they reach the maximum level, will have a “very limited” impact on the Chinese economy and will affect American one about same.

A top financial regulatory official and a vice information technology minister confirmed that the effect of US sanctions is under control. A former deputy commerce minister assumed that Chinese firms will be able to survive the sudden escalation of the trade tensions without problems.

The government keeps encouraging the nation while the economic data continues worsening and trade talks are at a dead end.

Such provocative comments make investors take thought about the future of the Chinese yuan.

Should investors believe these words or the facts say the opposite?

On May 17, the USD/CNH pair was near the critical high of 7.0 but it turned around and moved down. As a result, a logical question appeared: for how long the pair will stick below critical 7.0?

We all remember that in the past Chinese authorities indicated that level as a floor. This month, both the offshore and onshore Chinese yuan are among the worst performing Asian currencies. At the beginning of May, Mr. Trump raised levies on Chinese goods despite rumors of the possible agreement between the US and Chine. A further escalation of the trade war and worsening of the Chinese economic data don’t leave hope for the CNH.

Are there possibilities of the 7.0 breakthrough?

Last time USD/CNH was above 7.0 in 2008. After that, the Chinese currency managed to stay quite steady. However, the Sino-US trade war has been leading the currency to a precipice. A breakthrough is possible as there are no doubts that trade tensions will not end in the near future causing a following slowdown in the Chinese economy. We all have already seen that the Chinese government is not scared to sacrifice the domestic currency due to prevent further economic depreciation. As a result, the country may let the Chinese yuan fall below the crucial level.

However, such a fall may lead to negative consequences. Usually, a weak currency is good in the case of slowing economic growth. The Chinese economy has already represented a great economic slowdown. However, this time, the weak currency may cause another reaction from investors. Devaluation of the currency or other easing measures such as selling of US Treasuries may cause fears of further problems in the country. As a result, foreign investors may not want to invest in China.

Why the government may keep the currency below the critical level?

A breakthrough beyond 7.0 of the USD/CNH pair may make the US accused China of the cheap currency.

Moreover, we should remember the “price-in” effect. A negative impact of trade tensions is not a surprise not only for China but also for the rest of the world. As a result, economies are already prepared for that. It will allow Beijing to hold the domestic currency at appropriate levels.

On May 17, USD/CNH reached 6.9491 and rebounded. Up to now, it has been trading below the support at 6.9098. A break below this level will give a chance to the Chinese currency. In this case, we can see a further decline towards 6.8680. If trade tensions increase, we may see a weakness of the CNH. Bulls will try to push the pair towards the critical level of 7.0. Before that, we will consider previous supports as resistances. Also to reach 7.0, the pair needs to overcome the previous high at 6.9491. Next resistances will lie at 6.9580 and 6.9800.

To conclude, we can say that the Chinese currency will definitely stay under pressure. The current recovery is short-termed. Trade tensions and the slowing economic growth are factors that will keep affecting the currency. The 7.0 level will remain the critical point. A break above it will mean a great devaluation of the Chinese yuan that will significantly worsen the economic situation.