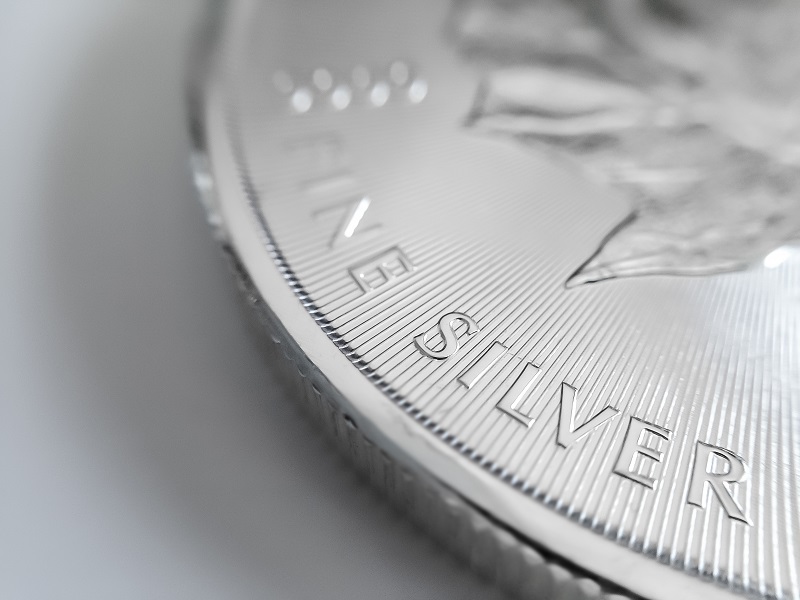 In the wake of the US general election, which was one of the biggest American political events in history, there is one result that seems clear cut. As of November 5, two-days post-election day, a divided government appears to be in the cards. The rally in riskier assets, and the selloff of the US dollar, reflects a market that had priced in a “blue wave”, and is now unwinding that trade.

While not all the states have counted all of their votes, it appears that there are enough Senate seats confirmed that show Republicans will hold one chamber of Congress. With this fundamental backdrop, I strongly believe in several stocks that will continue to outperform including the Silver Junior Miner ETF (SILJ). 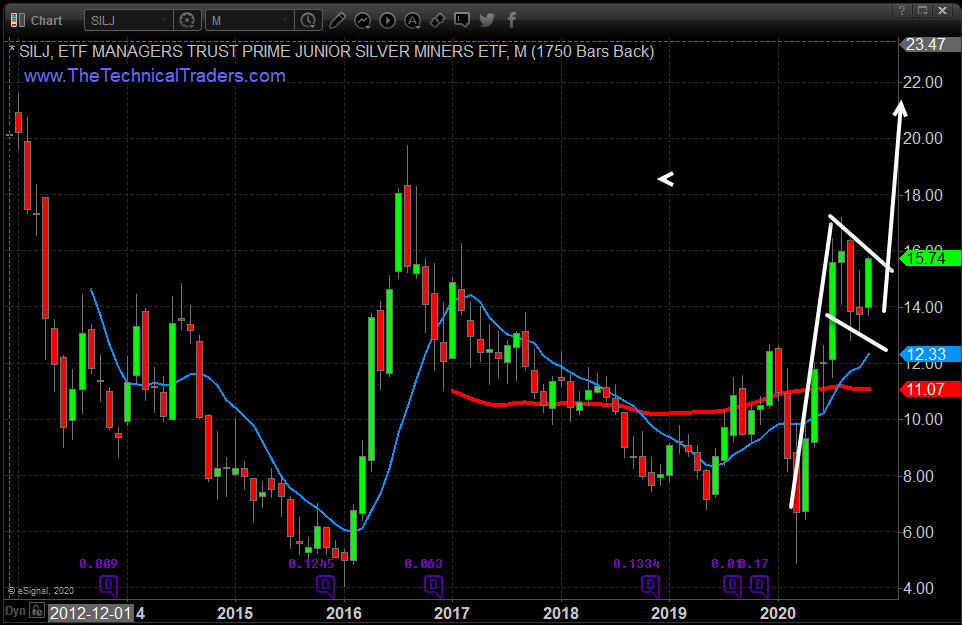 My target is based on a Fibonacci price extension (100% measured move) to the rally from the COVID-19 lows to the recent highs and extends that range from the September 2020 lows. By using this Fibonacci extension I have identified $20 and $25.32 as my upside price target for any potential breakout. 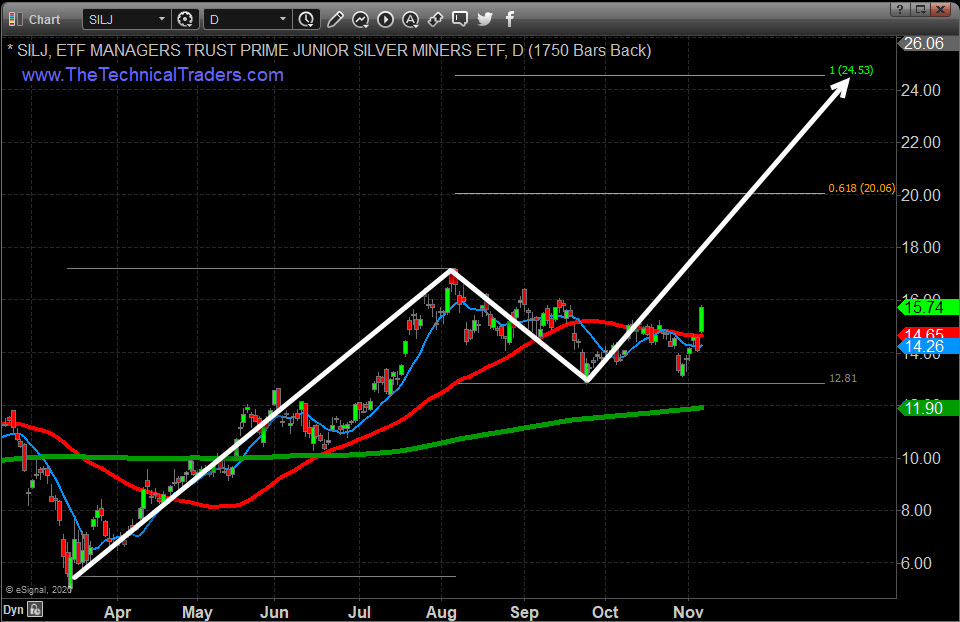 You can see me talk live with Nicole Petallides on TV where I covered silver miners, the charts and why they are primed and ready for a 40-70% gain from here. 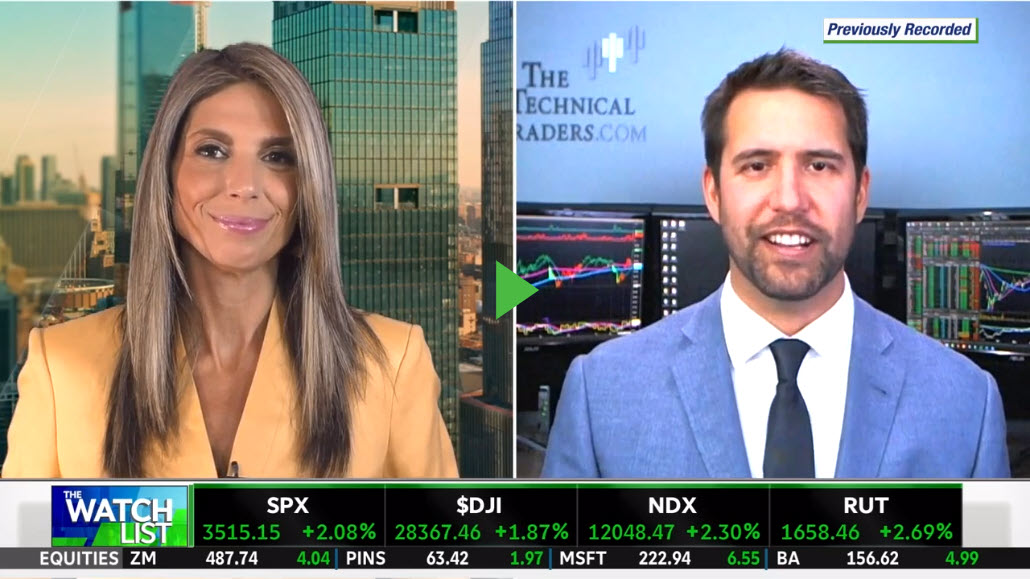 The impetus that will drive the SILJ higher is a decline in the US dollar and the view that global growth will slowly return despite the acceleration in the spread of COVID-19. The dollar index is forming a weekly bear flag pattern which is a pause that refreshes lower. With all of the fanfare focusing on the election, many investors have ignored recent weaker than expected US economic data. Private payrolls came in worst than expected and the more forward-looking ISM services report showed a decline in sentiment. The US 10-year yield has dropped 15-basis points since the election and is currently trading near 75-basis points down from 90-basis points on Tuesday, November 3. As the yield differential moves against the US dollar, silver as well as the SILJ should gain traction. 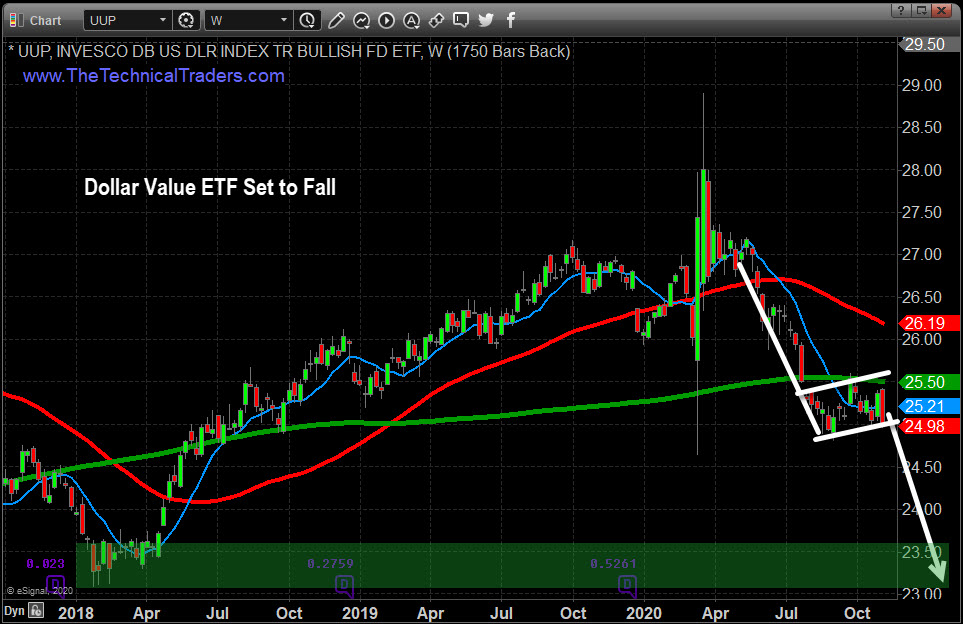 One caveat is that if riskier assets like equities drop, metals and mining stocks will also fall. This is an impulse contraction in price that occurs because of risks and fear, but it is very real. From July 2018 to June 2019, SILJ contracted almost 40%. This is an important risk component to consider when reviewing the current setup in SILJ.

In July through August 2018, the price of silver was kept down given that that the US Federal Reserve continued to raise interest rates – eventually prompting a -20% price collapse in the SPY starting near October 1, 2018. SILJ lead this move lower and didn’t bottom until June 2019 – when the SPY had recovered to near all-time highs. Thus, this setup in SILJ does include a fairly strong measure of risk which should be mitigated following an election that has ensured a divided government.

This Weekly SILJ chart, below, continues to form a bull flag continuation pattern which is expected to test resistance near the 2020 highs at $17.21. Our research team believes that this critical resistance level, once breached, will likely prompt a moderately strong upside price trend in SILJ. Failure to breach this level will likely result in a continued flagging price formation attempting to retest the 30-week moving average which is robust support near $13.00. 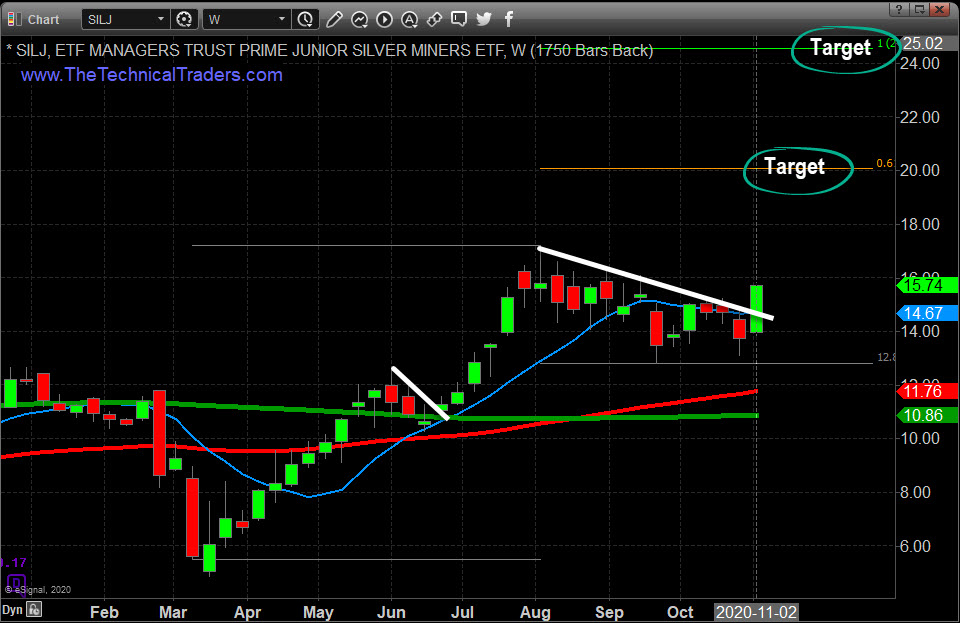 Please review the data we’ve provided within this research post before making any decisions. There is a moderately high degree of risk associated with this current Pennant/Flag setup. Having said that, we do believe that a breakout or breakdown move is very close to initiating and we believe the critical level to the upside is the $15.05 resistance level. Traders should understand and acknowledge the risks associated with this setup, and also understand that any breakdown price event could be moderately dangerous with quick price action to the downside.

We believe there are a number of great opportunities setting up in the markets right now. Various sectors and price setups have caught our attention – this SILJ setup being one of them. We believe the next 6+ months will present some great trading opportunities for those individuals that are willing to “wait for confirmation” of the trade entry. The one thing we’ve tried to make very clear within this article is this “setup” is not a trade entry trigger. There is far too much risk at this point for us to initiate any entry or trade, and we will make the call to trade once we have the signals we seek. Confirmation of this trade setup is pending – but it sure looks good at this point.