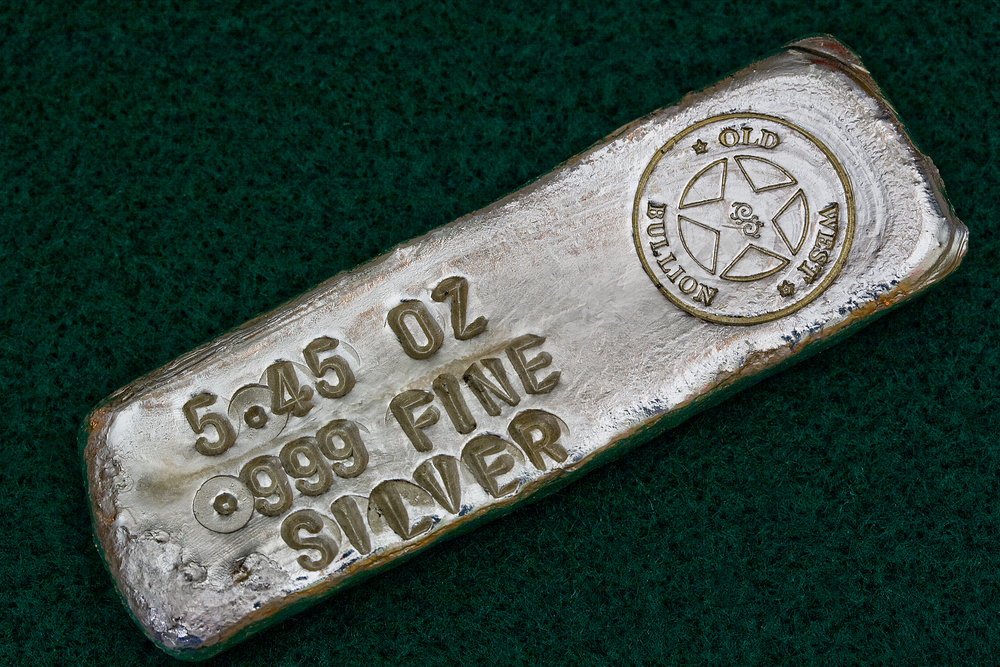 Silver prices rebounded from session lows forming a doji day with a long wick. The dollar attempted to move higher but was rebuffed ahead of the Federal Reserve monetary policy meeting. There are several data points that will help drive silver prices during the balance of the week. These economic reports include CPI, Retail Sales, Industrial Production, and Consumer Sentiment. The quiet period has started ahead of the Fed meeting, which means that no Fed officials will speak. Most analysts expect the Fed to announce that it will begin the tapering of its bond purchase program in November or at the latest in December.

Silver prices moved lower but rebounded from session lows forming a doji day which is an opern and close at the same level. This scenario is a sign of indecision. The long wick on the doji candle is a rejection of lower prices.

Resistance is an upward sloping trend line that coincides with the 10-day moving average at 24.11. Additional resistance is seen near the 50-day moving average near 24.62. Support is the August lows at 22.10. The fast stochastic generated a crossover sell signal which reflects accelerating negative momentum. Medium-term momentum has is neutral as the MACD (moving average convergence divergence) histogram is printing in positive territory with a flattening trajectory which points to consolidation. 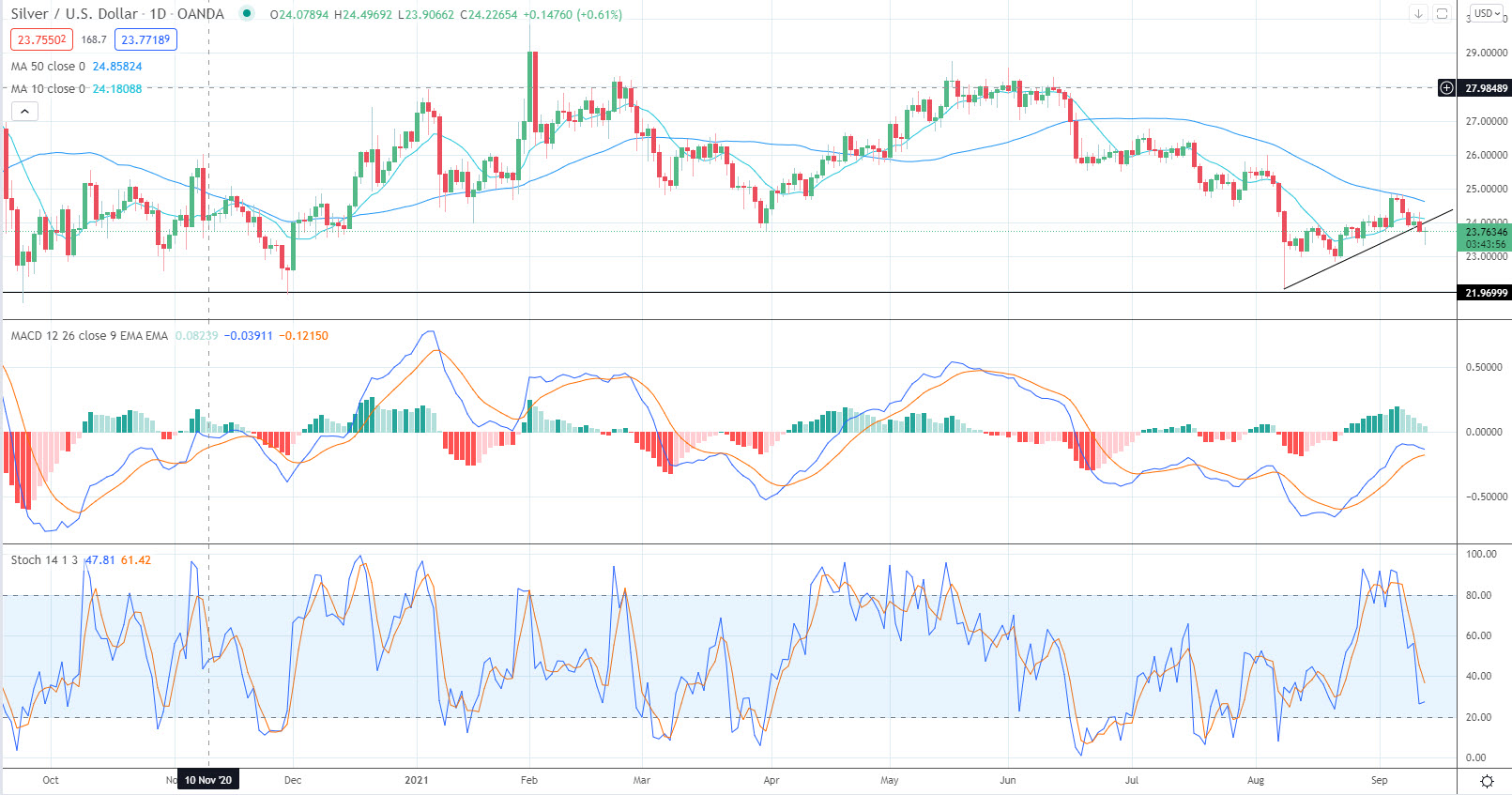