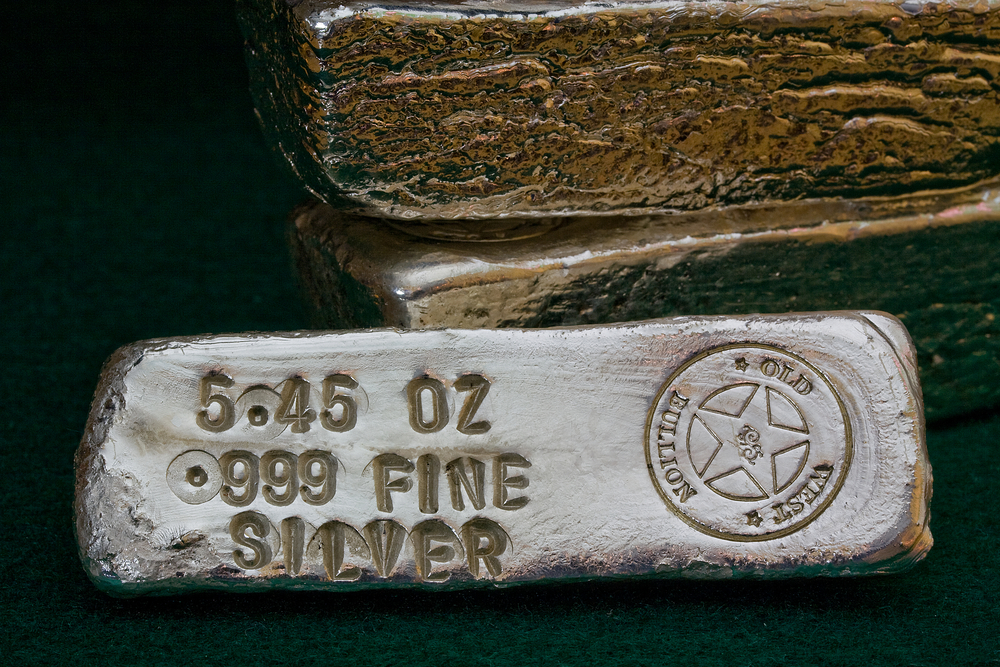 Silver prices rebounded on Wednesday following the Fed meeting. The move-in silver came despite a decline in copper prices and a rally in the dollar. Gold prices were also under pressure, which should have weighed on silver prices. Prices rebounded following a large selloff on Tuesday. The Fed said that transitory means that after an acceleration in prices, inflation will decelerate.

Silver prices moved higher on Wednesday following a sharp decline in Tuesday and continue to form a bear flag pattern that was a pause that refreshes lower. The breakdown through trend line support is now seen as resistance at the 10-day moving average at 25.27. Target support on silver prices is seen near the March lows at 23.86. Short-term momentum has turned negative as the fast stochastic generated a crossover sell signal. Medium- divergence) histogram prints in negative territory with a declining trajectory which points to lower prices.

The Fed Remains on Hold

The U.S. Central Bank kept interest rates unchanged following their two-day meeting on Wednesday. The Fed held its benchmark interest rate near zero and said the economy continues to progress despite spreading the delta variant of the COVID virus. Along with that, the committee reiterated its view that the economy continues to strengthen. The statement acknowledged that the economy had progressed toward the Fed’s goals, though it will continue its monthly bond purchases. The Fed appears to be using the delta variant as a way of keeping their policy very accommodative.