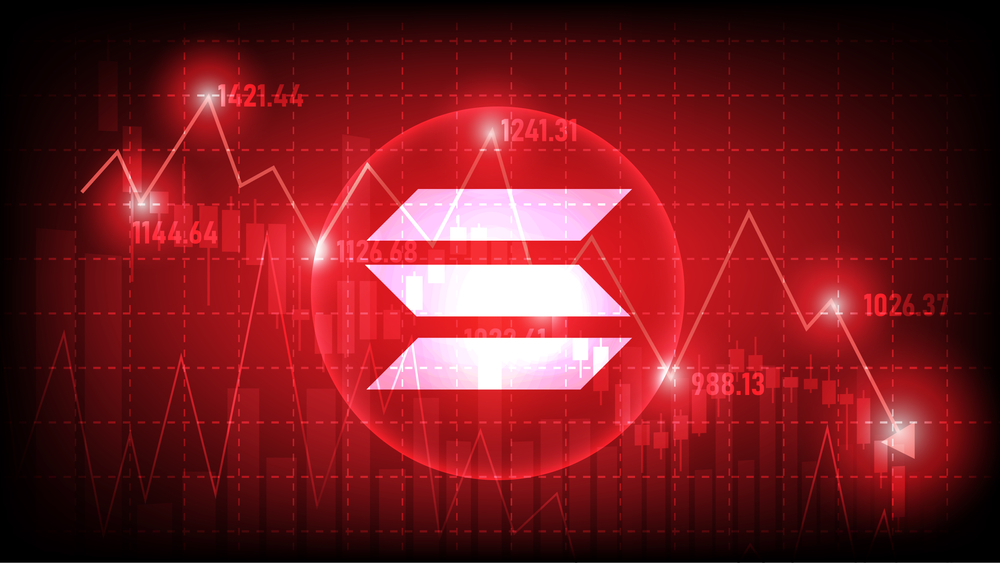 TVL (Total Value Locked) shows a growth indicator on a specific blockchain ecosystem because it reflects how much crypto is locked in those smart contracts.

According to DefiLlama on-chain data, Solana’s TVL is $7.69 billion and is down 48.7% from its all-time high of $15 billion in November 2021. It is now is on a critical support level, as you can see below:

Other chains like Avalanche and Terra have been in an ascending channel since late January bottoms as DefiLlama data shows.

SOL’s TVL is in sixth place comparing it with other TVL blockchains, and it represents just 3.78% of the overall TVL.

In December 2021, the Solana network had a distributed denial-of-service (DDoS) attack, and the price dropped about 9% afterward. Three weeks later, it suffered another DDoS attack, and the network went offline for 4 hours.

Less than a month ago, Solana was offline again for almost 24 hours and many users suffered liquidations. Network congestion appears to have caused the outage.

What’s Been Happening With SOL Price?

Since hitting its all-time high of 259.39$ at the beginning of November 2021, it has been in a descending channel and its founding support is around $90. SOL’s price has been oscillating between the support and around $120 for almost over a month, as you can see below:

It appears the Solana network has been suffering from instability and this might have spooked a lot of investors by going to other chains like Avalanche, Terra, or Ethereum.