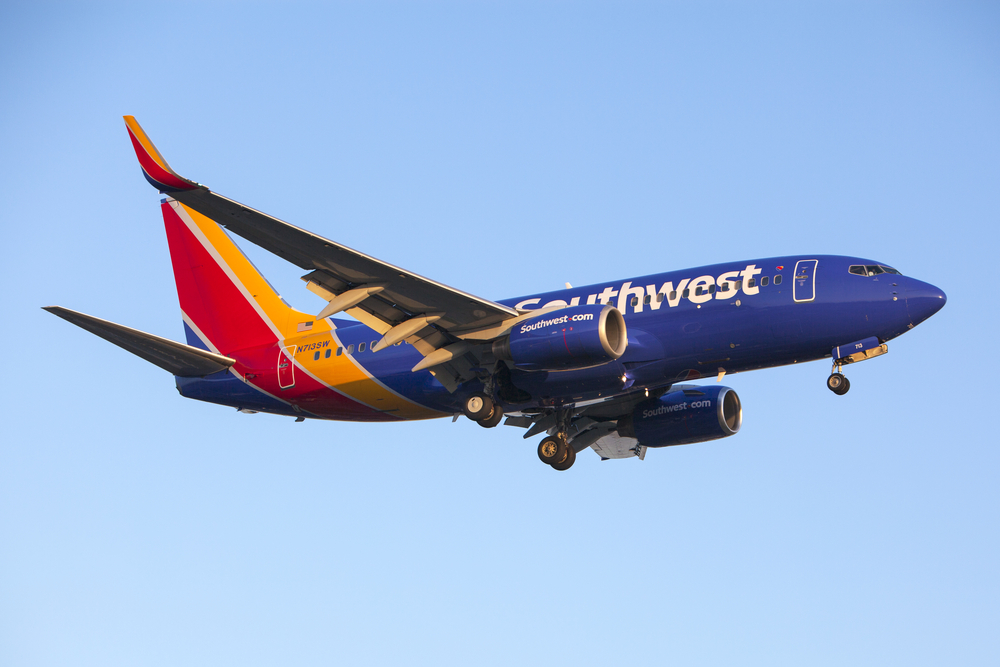 Southwest Airlines Co. (LUV) is trading lower on Wednesday after warning about Q3 2021 revenue due to “close-in’ cancellations and bookings as a result of the Delta variant. The news is bearish for the broader airline industry, for two reasons. First, it tells us that leisure travelers are having second thoughts about vacations and trips to see grandma while second, it defies predictions that widespread business travel would resume in the fourth quarter.

The airline has outperformed its peers since March 2020, with a domestically-focused schedule avoiding the gauntlet of international travel restrictions. The recovery wave reached the 2018 peak in March 2021 before reversing, unlike American Airlines Group Inc. (AAL), United Airlines Holdings Inc. (UAL), and Delta Air Lines Inc. (DAL), which stalled well below similar levels. In turn, this raises odds that rivals will follow with identical warnings in coming weeks.

According to the release, Southwest “recently experienced a deceleration in close-in bookings and an increase in close-in trip cancellations in August 2021, which are believed to be driven by the recent rise in COVID-19 cases associated with the Delta variant. Based on the assumption that COVID-19 cases remain elevated in the near-term and current revenue trends in August continue into September, the current outlook for Q3 2021 operating revenues has worsened by an estimated three to four points.”

Wall Street Asleep at the Wheel

Wall Street consensus has ignored the Delta variant, with a ‘Buy’ rating based upon 16 ‘Buy’, 3 ‘Overweight’, and 4 ‘Hold’ recommendations. No analysts are recommending that shareholders reduce positions or move to the sidelines. Price targets range from a low of $57 to a Street-high $85 while the stock is set to open Wednesday’s session about $7 below the low target. This disconnect indicates that Main Street understands the current risks better than the analyst community.

Southwest posted an all-time high at 66.99 in December 2017 and entered a trading range that broke to the downside in February 2020, dropping the stock to a 6-year low. The subsequent uptick stalled within three points of that peak in April 2021, giving way to a correction that pieced the 200-day moving average in the 50s in July. Two tests at that level have failed while this morning’s decline is holding within a short-term trading range. Accumulation has dropped to a 52-week low, raising odds for continued downside into the lower 40s.