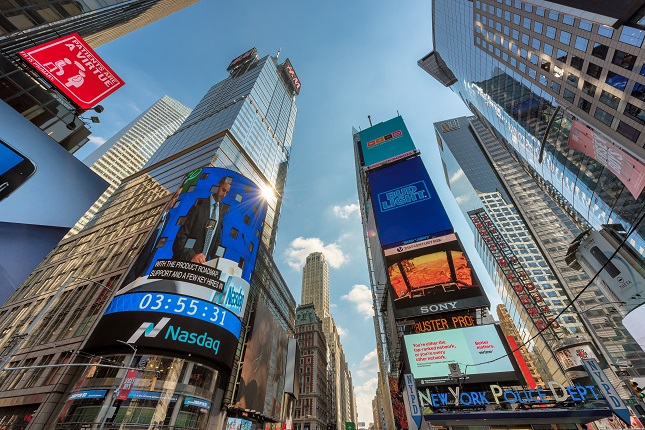 The U.S. stock market indexes lost 2.4-3.0% on Friday, as investors reacted to the negative U.S. – China trade war news. The S&P 500 index retraced almost all of its recent advance and it got back to its short-term local lows. The broad stock market’s gauge is now 6.0% below July the 26th record high of 3,027.98. The Dow Jones Industrial Average lost 2.4% and the Nasdaq Composite lost 3.0% on Friday.

The broad stock market broke below its two-month-long upward trend line in early August, and then it quickly retraced most of the June-July advance. The S&P 500 index is close to the local lows right now. It still looks like a consolidation following the January-February advance. However, it could also play out as a long-term topping pattern ahead of a more meaningful downward correction:

The index futures contracts trade 0.5-0.7% higher vs. their Friday’s closing prices. So expectations before the opening of today’s trading session are positive. The European stock market indexes have gained 0.4-0.6% so far. Investors will wait for the Durable Goods Orders number release at 8:30 a.m. There will also be a speech from the FOMC Member Bullard at 10:00 a.m.

The S&P 500 futures contract trades within an intraday consolidation following overnight advance. The market extended its short-term downtrend, before retracing some of its Friday’s sell-off. The nearest important resistance level is at 2,880-2,900. On the other hand, the support level is at 2,840-2,850. The futures contract got back closer to the 2,900 mark this morning, as the 15-minute chart shows:

The technology Nasdaq 100 futures contract follows a similar path, as it trades within an intraday consolidation after bouncing off a new short-term low. It bounced off a support level of 7,350-7,400 again. And the nearest important resistance level is now at around 7,600-7,650. The Nasdaq futures contract remains below its last week’s short-term consolidation, as we can see on the 15-minute chart:

Let’s take a look at the Apple, Inc. stock (AAPL) daily chart. The stock sharply reversed its recent upward course on Friday, as it fell closer to the $200 price again. The market may extend its volatile fluctuations following the early August breakdown below its two-month-long upward trend line:

Now let’s take a look at the daily chart of Microsoft Corp. stock (MSFT). The stock retraced most of its recent advance on Friday, as it fell to a support level of $130-135 again. It still looks like a consolidation within a medium-term uptrend. However, the price remains below its recently broken trend line:

The Dow Jones Industrial Average broke below its upward trend line in late July. Then it fell to around 25,500, before bouncing off the 200-day moving average. It kept bouncing off that support level recently. On Friday the Dow fell to its average yet again. If it breaks lower, we could see more selling pressure:

The S&P 500 index broke below the upward trend line in late July, as investors reacted to the Fed’s Rate Decision release, among other factors. We saw technical overbought conditions along with negative technical divergences then. And the market declined following renewed trade war fears. Recently it was rebounding off a support level of around 2,800-2,820. On Friday it reached that support level again. So it is on a brink of either bouncing off a support level again or breaking below it.

Concluding, the S&P 500 index will likely open higher today. The market may retrace some of its Friday’s news-driven sell-off. However, there have been no confirmed short-term positive signals so far.