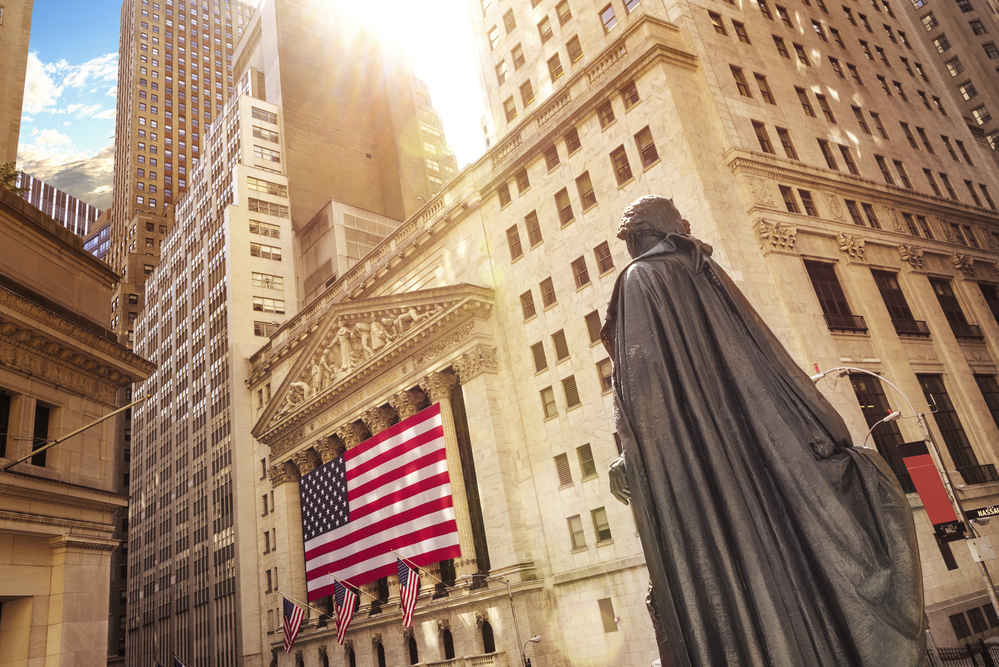 In my last update, see here, I showed by using the Elliott Wave Principle (EWP) that the S&P500 (SPX) had most likely completed a significant-top (wave-iii of 3) and would be heading down to the low-4000s on a break below the August low at SPX4368. Nine days later and the index is already trading at SPX4345. Thus the anticipated correction is unfolding, and the low-4000s remain IMHO in tap with an ideal target of SPX4250+/-20. Allow me to explain below. 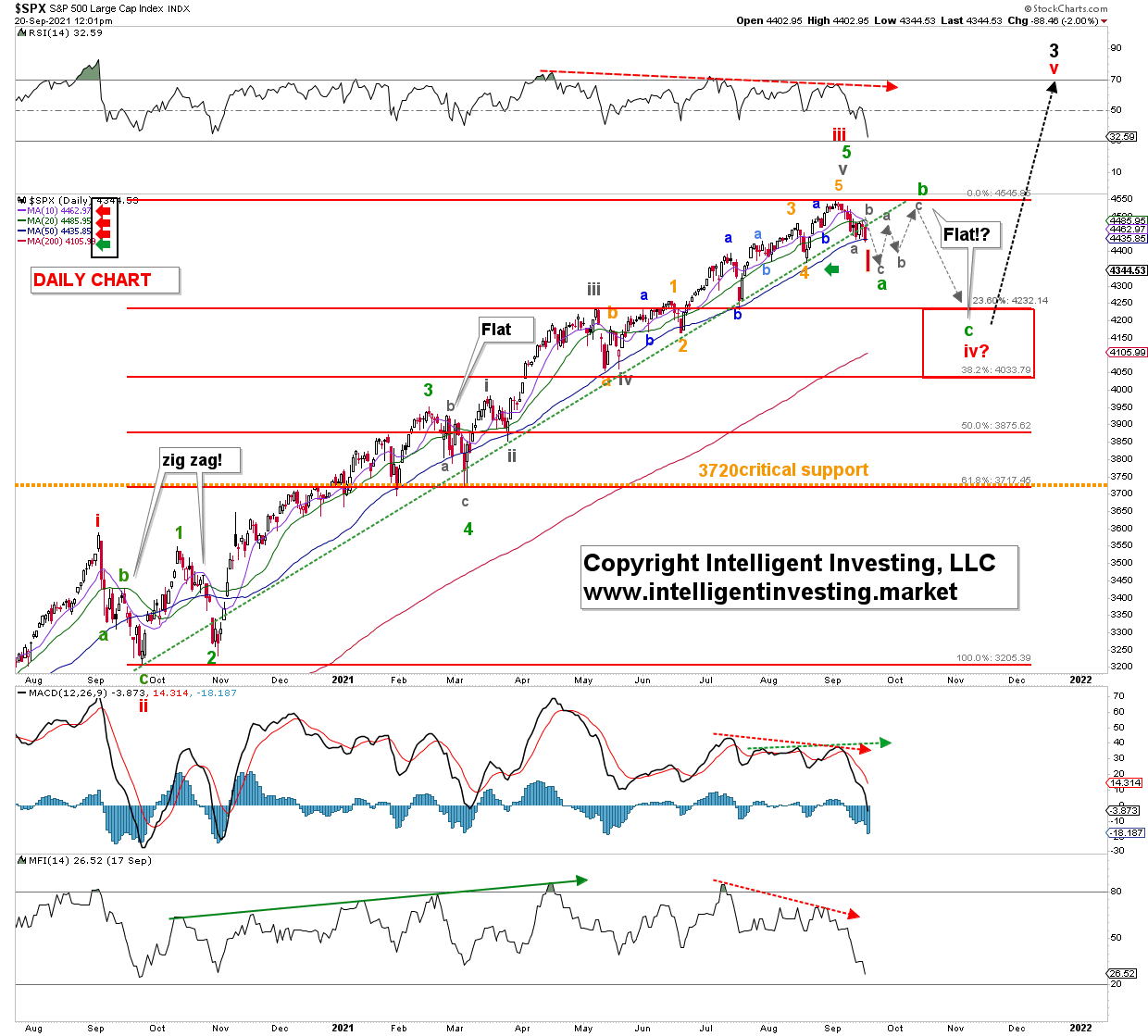 In my last update, I showed that “since the early May low, the SPX has been in an overlapping set of regular interval rallies, lasting about 20 TDs with 3-day corrections, all bottoming around the 18th of each month. Each low and high was a higher low and a higher high: a Bullish pattern. Hence, because the most recent string of down days is already five, a drop below the August low at SPX4368 (orange wave-4 at the green arrow) will confirm a (red) intermediate wave-iv to ideally SPX4030-4235 is underway. I prefer the upper end of the target zone because, in Bull markets, the downside often disappoints, and the upside surprises.”

Well, we got the break lower. Thus we have a lower low, and now SPX4030-4235 must be respected as the logical target zone with SPX4250+/-20 as the preferred narrowed-down level to watch. My premium major market members were already ahead of the curve as I identified five waves down last week and anticipated SPX4400-4300 after a bounce (see my tweet here, for example).

The beauty of the EWP is that we know with certainty in an impulse, the 3rd wave up is followed by a 4th wave correction down and then another 5th wave higher. Intermediate wave-iii of major-3 has topped, and wave-iv is now underway, which means wave-v of major-3 is still pending.

For now, I anticipate the SPX to bottom out soon (green minor wave-a in Figure 1 above) at ideally SPX4310-4335, and at a minimum, provide us with a strong bounce (green minor wave-b) before heading lower again. However, there are by then already enough waves in place to call the correction complete: three waves (a,b,c). Besides, I expect wave-v of wave-3 to complete around SPX4800-5000. Thus it is soon time to look for higher price, be it for a bounce (to possibly as high as SPX4600) or a new rally.

Bottom line: the correction I anticipated nine days ago is unfolding. I am now looking for a bottom soon in the SPX4310-4335 region before expecting a significant bounce at a minimum, possibly already a new rally. Namely, ideally, this correction should last longer and reach SPX4250+/-20, but there are soon enough waves in place to consider it complete. And in a Bull market, it is prudent to respect the upside.