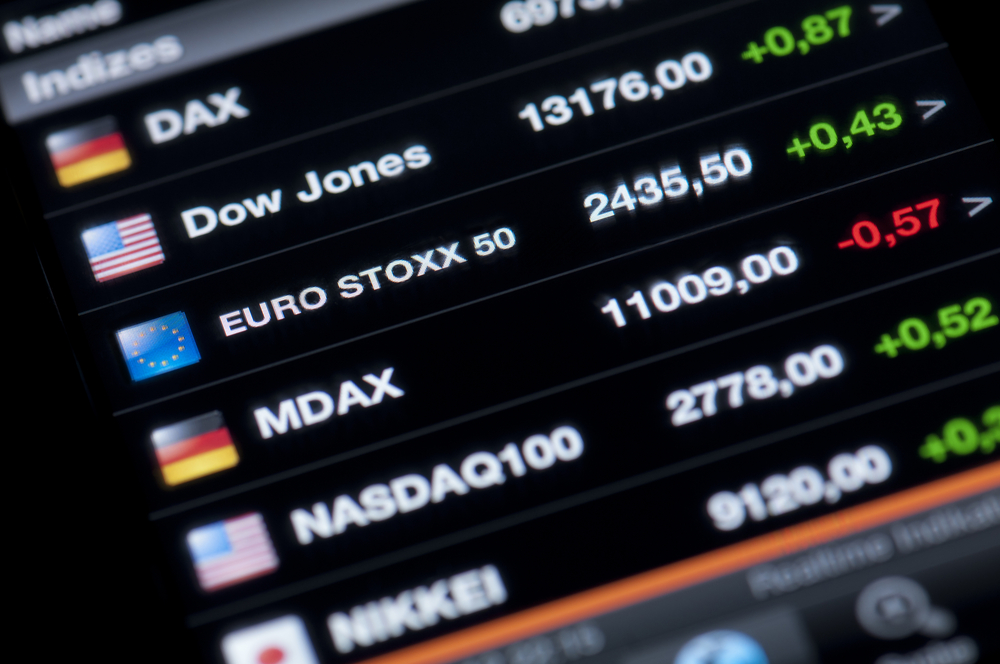 SP500 is coming nicely higher in the 4-hour chart as expected and there’s a chance it’s unfolding a new bullish five-wave impulsive straight back to all-time highs, especially if we consider a broken base channel so be aware of more upside after pullbacks while the market is above 4429. If the market comes back below that level of wave 1 then this would lead to a big triangle correction. 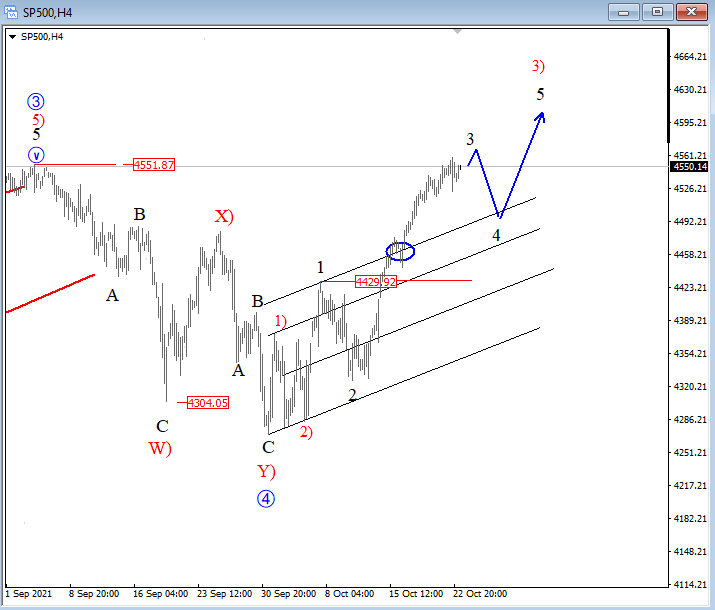 DAX is recovering very nicely in the 4-hour chart after we noticed an inverted H&S pattern and a bullish reversal away from 14800 area where index completed a higher degree corrective set-back. We see nice five waves up now with the price already seen in a fifth wave so we think there will be even more upside coming after any deeper three-wave retracement. The near-term projection level for the current rise is at 15763, where the market may see a temporary slowdown. 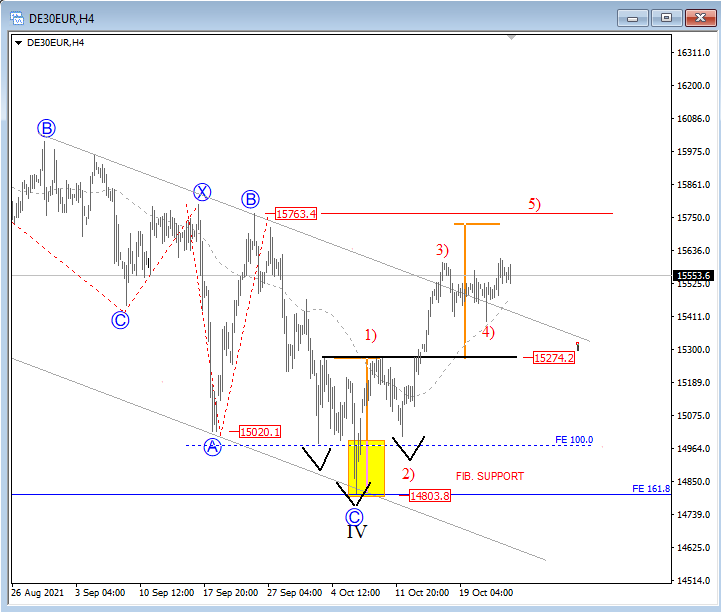