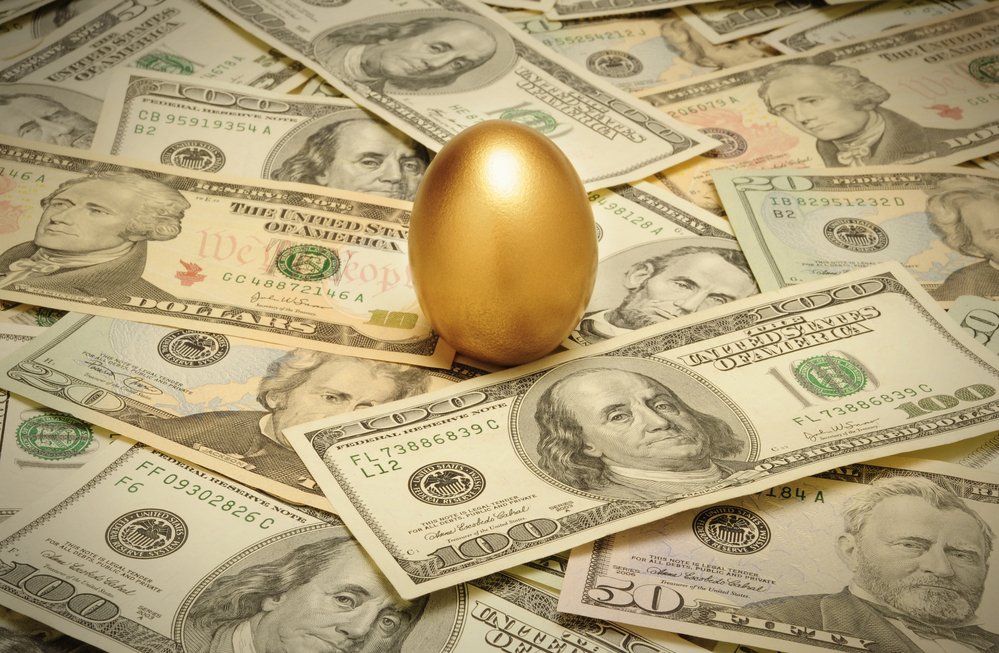 According to the dictionary,  stimulus is “a thing that rouses activity or energy in someone or something; a spur or incentive”.
Besides spur and incentive, other synonyms for stimulus are boost, impetus, prompt, provoke, etc.
Much discussion recently has centered on ‘stimulus’ checks to individual citizens and taxpayers. Within a nine-month period, two specific rounds of stimulus checks were issued.
The legislation that authorized the issuance of stimulus checks to individuals also included liberal increases in unemployment benefits and financial aid for small businesses.
The checks, increased unemployment benefits, and aid for small businesses are forms of financial stimulus; but, the legislation is referred to as an “economic stimulus package”.
The distinction between the terms financial and economic should not be overlooked.
The purpose of the financial incentives included in the legislation is to promote economic activity. It was a response to the horrendous decline in economic activity that was precipitated by the response to the Covid-19 pandemic.
Very literally, though, the financial incentives were an attempt to stave off economic collapse; or at least buy some time. This is true notwithstanding attempts by politicians of all stripes to justify the measures in more humane terms.

The first fifteen years of this century were spent in reverse and recovery modes. The trillions of dollars that have been created and spent were reactions to financial and economic catastrophe, which continue to increase in volatility.
Which brings us back to the title of this article. With artificial stimulants, such as certain drugs, there is an expectation of desirable positive effects from its use.
Over time, the positive effects of the stimulus become muted and lose their potency. It takes higher doses and more frequent use of the stimulus to create the same original results. Remember how long it took to bring the economy back to a level reasonably commensurate with its activity prior to the credit collapse in 2007-08?
Some were expecting an overwhelming inflationary surge due to the (at that time) historically large amounts of money and credit creation. Some even expected runaway inflation, but it did not happen.
Also, over time, the cumulative negative effects of the stimulus take their toll. For example, the Federal Reserve has been inflating the supply of money and credit intentionally for more than a century.
The cumulative negative effects of that intentional inflation have resulted in a loss of purchasing power for the US dollar of ninety-nine percent.
An excellent example of the declining effects of continued money and credit creation by the Fed is seen on the chart (source) below: 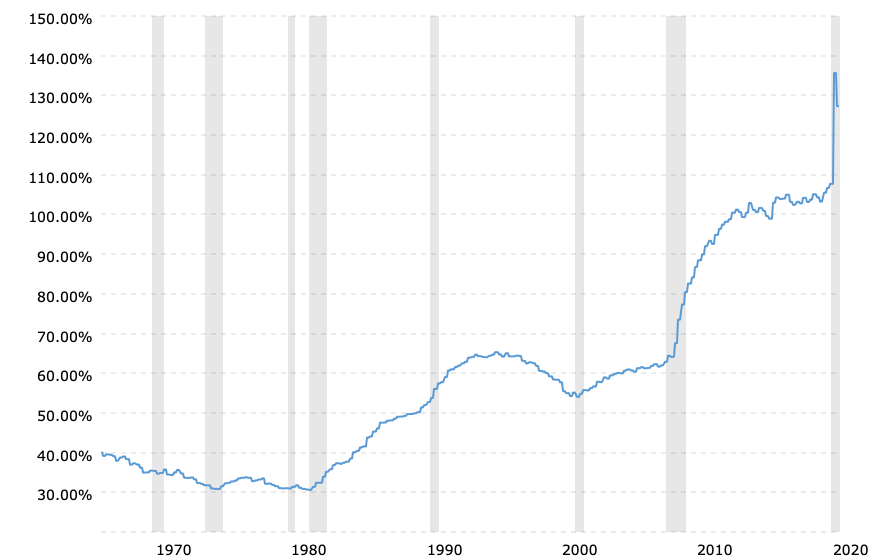 It is clear on the chart that each dollar of increasing debt provides for less and less economic output (GDP, Gross Domestic Product).  The results of debt stimulus for the economy have grown weaker and weaker since 1980.
Noteworthy is the fact that it now takes more than one dollar ($1.27 in October 2020) of debt to produce one dollar of GDP. Anything in excess of 100% (a 1:1 ratio Debt/GDP) is a losing effort; the losses are growing.

PUSHING ON A STRING

Sometime after the distribution of stimulus checks to individuals last April and since then, there has been a growing resistance to sending out additional stimulus checks. When the recent checks were authorized, the amount ($600) was significantly smaller than the first ($1200) checks.
Some of our representatives did not think that the first round of stimulus checks to individuals had their desired impact. It was hoped, and intended, that recipients would spend the money; but evidence indicated that much of it was held or saved.
The huge amounts of dollars and cheap credit gifted to us by the Federal Reserve and the US government seem more illustrative of emergency patchwork rather than stimulus. We should all hope it works as good as Flex Seal.
(also see Fed Inflation Is Losing Its Intended Effect)

Kelsey Williams is the author of two books: INFLATION, WHAT IT IS, WHAT IT ISN’T, AND WHO’S RESPONSIBLE FOR IT  and  ALL HAIL THE FED!