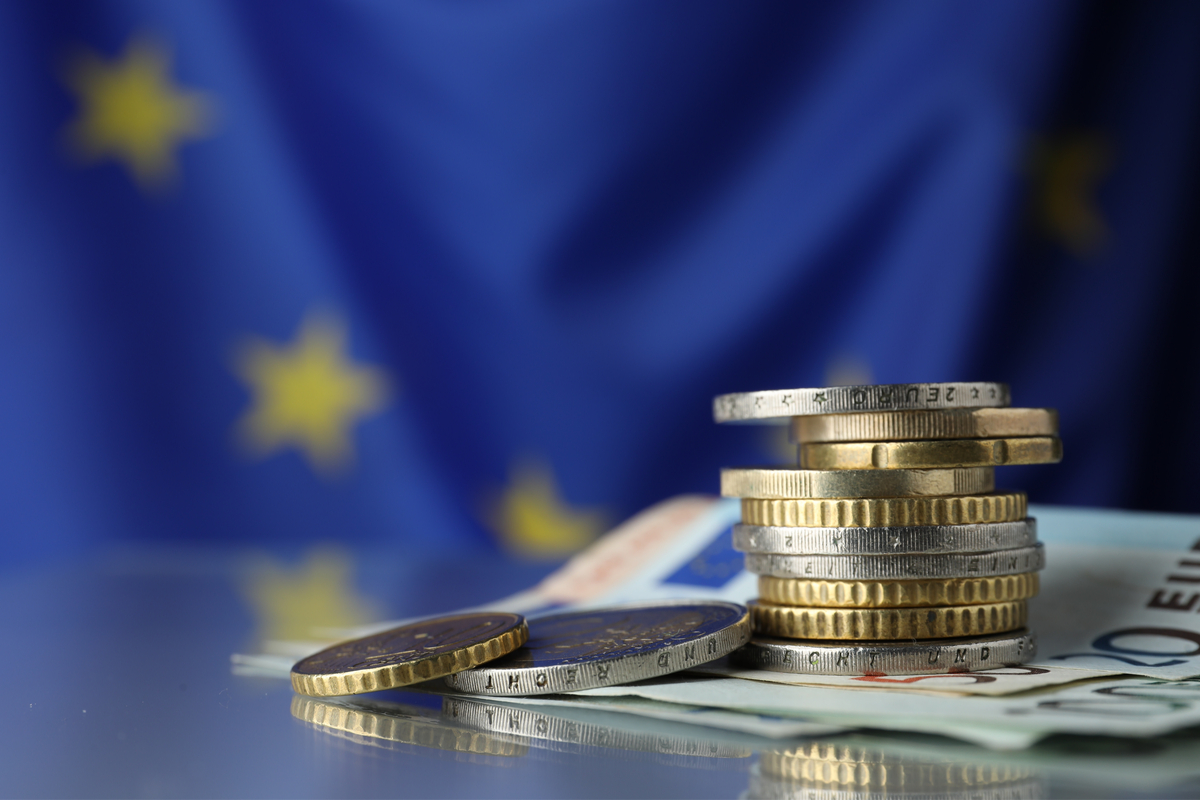 Currency markets, once again, echoed a subdued vibe on Thursday, with all eyes on the Jackson Hole Symposium. Global equities were largely bid, alongside procyclical currencies, such as the Australian dollar and the New Zealand dollar. Europe’s common currency concluded the session off best levels against its US counterpart, forming a clear-cut upper candle shadow on the daily timeframe.

Forming in line with the primary bear trend (seen on the weekly timeframe since 2021), medium-term technical studies show nearby weekly support in the shape of a 1.272% Fibonacci projection at $0.9925 (alternate AB=CD bullish formation), a daily support coming in from $0.9919 is in a vulnerable position.

I have also seen the daily chart’s relative strength index (RSI) level off after rebounding from indicator trendline resistance-turned-support (drawn from the high 58.91), situated just ahead of oversold territory.

Noted in previous analysis, if the weekly timeframe steps under $0.9925, limited (obvious) support is not visible until $0.9606, while the daily timeframe’s downside support target rests at $0.9668 (Quasimodo support).

Out of the H4 timeframe, price movement attempted to secure ground north of Quasimodo support-turned resistance at $0.9998, yet failed at $1.0033. The bearish pennant pattern’s profit objective drawn at $0.9928 remains key support on the H4 scale for the time being.

Long term, things are not looking too great for the EUR/USD as weekly and daily timeframes threaten to breach support at $0.9925 and $0.9919, respectively. This—coupled with the H4 showing room to approach $0.9928 support—could have H1 flow drop back in on the $0.99 psychological figure.

Up 1.5 per cent on the week, it was a positive session for AUD/USD on Thursday as bids defend support on the daily timeframe from $0.6901.

I wrote the following in regards to the situation on the daily and weekly timeframes in previous reports (italics):

Buyers gaining ground here shines the technical spotlight on the 200-day simple moving average, currently circling $0.7132 (accompanied by a 50.0% retracement value at $0.7167 and a 78.6% Fibonacci retracement at $0.7156). Assuming buyers lack fuel above $0.6901, this swings the pendulum in favour of reaching trendline resistance-turned support, drawn from the high $0.7661, as well as support at $0.6678. Interestingly, the daily chart’s relative strength index (RSI) is testing the 50.00 centreline (resistance). Until we decisively breach this value, this timeframe (according to the indicator) reflects negative momentum.

In terms of where I stand on the H4 timeframe, prime resistance at $0.7004-0.6972 welcomed price action on Thursday which, as you can see, held into the closing bell. Rotating south from here is questionable, having noted the daily timeframe demonstrating scope to approach the 200-day simple moving average. This implies a break of $0.7004-0.6972 and possible test of the resistance area from $0.7062-0.7031.

Lower, the H1 timeframe shows price rebounding from support at $0.6961 after rejecting a 100% Fibonacci projection at $0.6987 (an AB=CD bearish pattern). The widely watched $0.70 base calls to the upside, with a break subsequently opening the door to resistance coming in at $0.7032.

USD/JPY movement adopted a modest bearish phase on Thursday after H1 price failed to dethrone ¥137. Interestingly, from a harmonic perspective, a 100% Fibonacci projection resides beneath at ¥136.04, complemented by a 1.618% Fibonacci extension at ¥135.92, the ¥136 psychological figure and a trendline support, pencilled in from the low ¥131.73.

From the weekly timeframe, resistance remains a key talking point at ¥137.23, in a market that’s emphasised a dominant primary bull trend since 2021. The weekly decision point from ¥126.40-131.30 is also a worthwhile note in the event sellers make a show on this timeframe.

Technical studies on the daily chart has price chalking up a range after an earlier defence formed from supply-turned demand at ¥131.93-131.10. Quasimodo support-turned resistance at ¥139.55 serves as the next upside target. The daily timeframe’s relative strength index (RSI) ventured above its 50.00 centreline after coming within an inch of testing oversold space and forming hidden positive divergence at the beginning of August.

Dethroning the 50.00 base adds weight to last week’s push, informing market participants that average gains are exceeding average losses (positive momentum). Upside targets are seen at the indicator trendline resistance, etched from the high 87.44, and indicator resistance at 87.52.

Short term, ¥136 is likely to be monitored on the H1 scale, should sellers continue pushing. Given the round number’s confluence (see above), a bounce from here may take shape. However, traders are urged to pencil in the possibility of dipping lower to test H4 support from ¥135.58 and neighbouring 100% Fibonacci projection at ¥135.30, as let’s remember we’re coming from weekly resistance at ¥137.32.

Ultimately, though, ¥136 and ¥135.58 are key supports, positioned in line with the primary bull trend.

GBP/USD eked out modest gains on Thursday, albeit enough to yank H1 price from its decision point at $1.1744-1.1784 to close above $1.18. This decision point was strategically positioned beneath $1.18 to welcome a bid into sell-stop flow just beneath the psychological number (stop-run). Continued interest to the upside on the H1 scale casts light on the $1.19 figure, closely sheltered by a 100% Fibonacci projection at $1.1916 (an AB=CD bearish pattern).

H4, daily and weekly timeframes, thanks to a lack of recent movement, display limited change. Therefore, the following text is taken from previous reports as the technical structure remains valid as we head into Friday’s session (italics).

The H4 timeframe is retesting the spirit of support in the form of 14th July low at $1.1760. Above calls on Quasimodo support-turned resistance at $1.1925, together with prime resistance at $1.1978-1.1954. On the daily timeframe, GBP/USD put in a bottom just ahead of daily support between $1.1655 and $1.1683 (two 100% Fibonacci projection ratios). In terms of the daily chart’s relative strength index (RSI), we can see that the indicator has marginally bottomed ahead of oversold.

$1.1958 remains a key resistance level to be mindful of on the weekly timeframe, following last week’s dominant push lower. This is not a surprise as GBP/USD has chalked up an unmistakable primary bear trend since early 2021. And, as I wrote in recent analysis, the breach of $1.1958 reopens the risk of a return to the pandemic low of $1.1410.

Short term, assuming H1 price maintains position north of $1.18, a pullback to the area made up of H4 resistance at $1.1925 and $1.19 on the H1 (and the H1 100% Fibonacci projection at $1.1916) could be on the table, an area with enough technical confluence to perhaps garner bearish attention, in line with the downside bias seen on the bigger picture.