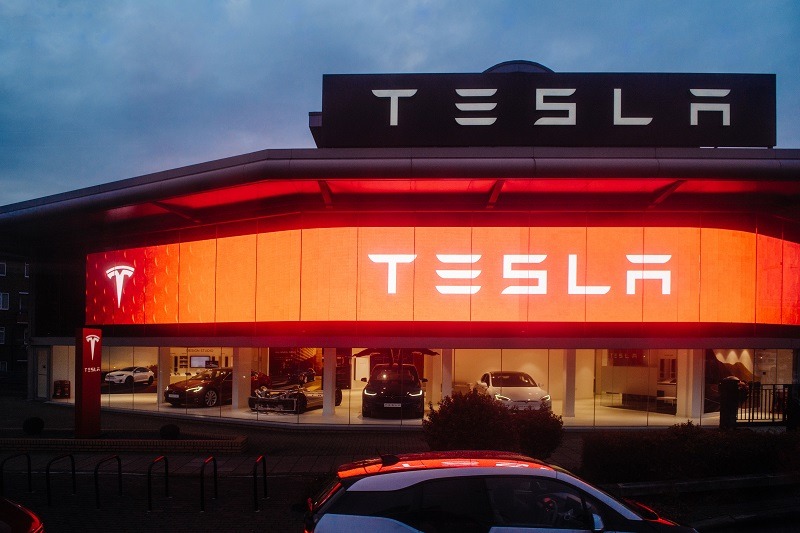 Tesla Inc. (TSLA) is trading higher by less than 2% in the first hour of Thursday’s U.S. session after posting a Q3 2020 profit of $0.76 per-share, $0.16 better than expectations, while revenue rose an impressive 39.2% year-over-year to $8.77 billion, beating estimates by about $500 million. Results marked the fifth consecutive quarterly profit for the EV manufacturer, with sales of regulatory credits marking the difference between a profit and a loss.

The company insists it will deliver a half million vehicles in 2020 but that lofty goal will require blowout sales in the fourth quarter. CEO Elon Musk hedged his bets during the post-earnings conference call, stating they should have the capacity to produce those vehicles but achieving the sales goal has become more difficult. In addition, a China industry report recently noted that Tesla Model 3 sales remained flat between July and September, after a second quarter surge.

Needham’s Rajvindra Gill delivered a skeptical post-report analysis, noting “while we are encouraged that automotive margins have improved since Tesla’s factories returned to normal operations, if you exclude credit revenue, the company is still showing consistent GAAP net losses. Moreover, we believe there’s a high bar set for Q4 deliveries as Tesla would have to grow deliveries 30% quarter-over-quarter, well above historical patterns of 13%, in order to hit the 500K target.”

Wall Street has grown more cautious in recent months, despite two modest upgrades after the report. Consensus now stands at a ‘Hold’ rating based upon 9 ‘Buy’, 11 ‘Hold’, and a stomach-churning 11 ‘Sell’ recommendations.  Price targets currently range from a low of just $19 to a Street-high $578 while the stock opened Thursday’s U.S. session more than $90 above the median $346 target. This lofty placement suggests that overly-aggressive short sellers are keeping a floor under the stock price.

Tesla broke out above the February high at 194 at the start of July and took off in a powerful trend advance that posted an all-time high at 502.49 exactly two-months later. Price action then eased into a symmetrical triangle pattern that’s still in force as we head through the fourth quarter.  Support at 400 and resistance at 460 define the edges of this classic pattern, with odds now evenly weighted between bullish and bearish outcomes.