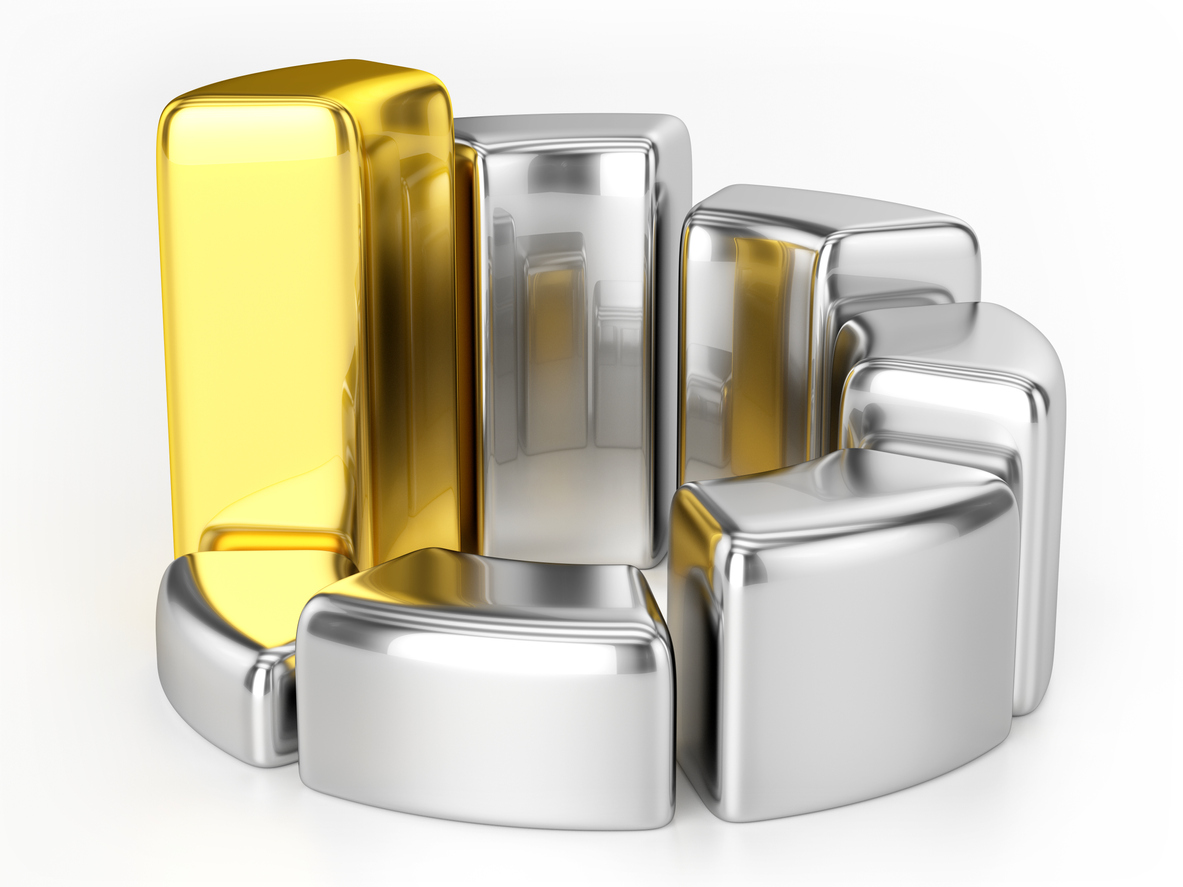 Gold, and mining stocks could move higher as well, and we’ll move to that shortly. For now, let’s talk silver.

In particular, we’re going to discuss the SLV ETF. This ETF has one big advantage over silver futures chart that we feature regularly. It puts emphasis on price gaps and shows only that trading which took place when the U.S. market was open. This distinction can be helpful in determining support and resistance levels as price gaps tend to provide such. In fact, the late-September bottom formed once silver touched the upper border of its price gap.

The SLV was attempting to break below the lower border of the gap and it has failed to do so three times. This serves as an indication that the white metal is not yet ready to break lower. The price gap on its own would not be strong enough to make the short-term silver outlook bullish all by itself, but that’s not the only thing that’s pointing to higher silver prices in the near term.

The RSI indicator (upper part of the chart) is close to 30, and that’s when silver’s short-term rallies used to start.

More interestingly, the Stochastic indicator just moved to levels that are low enough to indicate a short-term buying opportunity on their own. This simple technique worked very well in the previous 12 months. Almost exactly 1 year ago it confirmed a medium-term bottom, in early March it indicated a short-term buying opportunity, and in mid-May it was very close to pinpointing the exact bottom before the mid-year rally. We saw Stochastic close to the buy line also at the end of September, which doesn’t really count as a true bullish signal, but silver moved higher nonetheless. So, we have three out of three efficiency with a little bonus confirmation from about 1.5 months ago. While this doesn’t make a short-term rally inevitable, it does make it quite likely.

And now for the final silver sign – the time. Silver tends to move in a very specific way. It moves very fast for a few days, only to act very calm in the next several days. Some might say that it’s similar to how spiders move in terms of seconds. Personally, we find the silver view much more appealing… What does this have to do with the chance for a short-term upswing in silver? Quite a lot.

Silver already lost its downward momentum as its been calm for a few days now. This characteristic pattern is what we saw also when silver completed a broad top (just as it did recently) earlier this year. In early March, the fourth day of the calm after the storm, was actually a local bottom that was followed by a rally to the 50% Fibonacci retracement. Not a ground-breaking rally, but definitely something one would prefer to ride on the long side of the market rather than being short.

Just as one swallow doesn’t make a summer, one analogy to the previous decline isn’t necessary meaningful. But that was not the only case. Silver declined in a very similar manner after the 2016 rally.

As you can see, silver losing its downward momentum after a volatile decline was how practically all bottoms of the late-2016 decline formed. We saw the same thing in case of the first two important bottoms of 2017.

The silver seasonality also suggests that the short-term decline in the white metal might be over or close to being over as local bottoms tend to form close to the middle of November.

What does it all come to? It means that – as far as the next week or two are concerned – the outlook for silver just became bullish. In fact, we just wrote to our subscribers that we’re taking profits off the table in case of the short positions and in today’s Gold & Silver Trading Alert, we clearly outlined the details of making money on the upcoming upswing. These details cover positions in gold, silver, UGLD, USLV, GDX, NUGT, and JNUG. And they can all be yours as soon as you sign up for our free mailing list – the 7-day full access to our Gold & Silver Trading Alert comes as an added bonus. Yes, it’s all free. Sign up now.