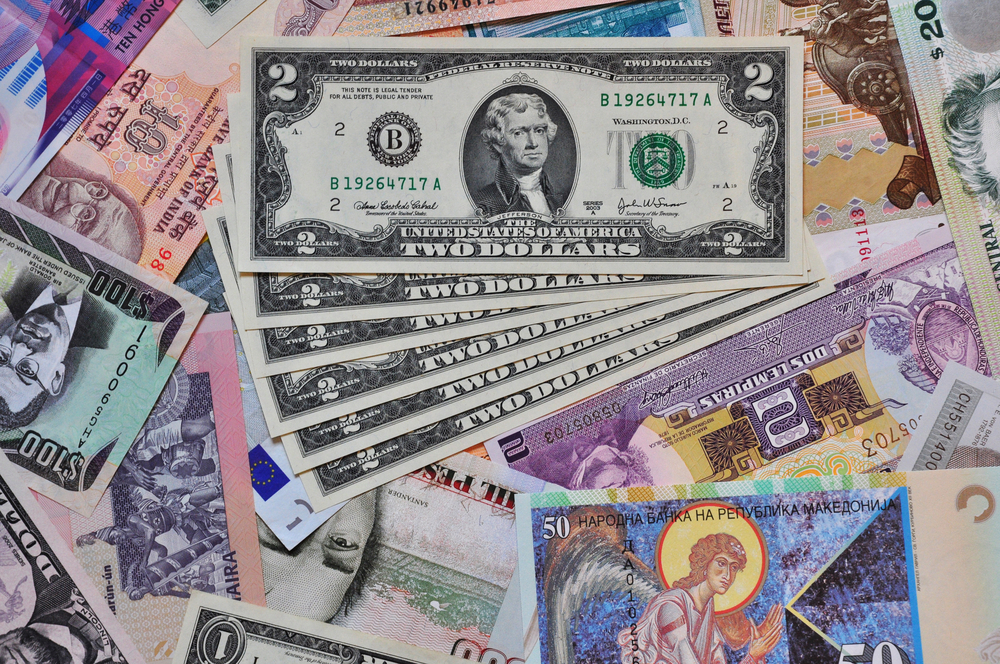 The Japanese yen was a notable exception. The rise in US yields helped lift the greenback nearly a percent against the yen. The Fed’s standpat stance in light of the surging economy and signals the Norwegian central bank and the Bank of Canada seemed dovish. The contrast carried the Norwegian krone and Canadian dollar to new three-year highs last week. Even if the greenback’s pre-weekend advance was exaggerated, it looks to be turning after trending lower in April.

The Federal Reserve’s broad trade-weighted nominal dollar index fell by about 7.5% in the last three quarters of 2020 after rising by 4.6% in Q1 as the pandemic struck and the dollar was bought partly as a safe haven. In addition, it was partly a function of unwinding structured positions that used the greenback as a funding currency. It gained 1.3% in Q1 21 but traded with a heavier bias in April and surrendered most of the Q1 gains, falling over 1%. Moreover, the technical indicators for the dollar have been stretched by its persistent decline in recent weeks. Frequently, it seems that the short-term trends in the dollar are reversed or consolidated around the US employment data. The April report is released on May 7, and another strong report is anticipated.

Our broad macro view is that given the large US fiscal and trade deficit (the March goods balance reported last week widened to a new record high deficit of a little more than $90 bln) requires higher yields or a weaker dollar, or some combination thereof. The fact that the US 10-year yield rose nearly 83 bp in Q1 and the dollar strengthened, and the yield fell in April, and so did the dollar is not coincidentally. We do not want to overstate the link between exchange rate and yields. The long-term relationship does not appear linear but cyclical. However, when trying to discern the recent broad trend, the foreign exchange market seems particularly sensitive to US rates.

The Dollar Index fell by about 2.5% in April, essentially unwinding the March gain. The pre-weekend advance, helped apparently by month-end position adjustments, was the most since early March. Tentative support was found near 90.40. The MACD looks poised to turn higher, but the Slow Stochastic has flatlined in the overextended territory. The close above 91.15 may help stabilize the tone. To signal a correction to April, the 91.55 area may be overcome. Above there, 92.00 comes back into view.

The dovish Fed lifted the euro to $1.2150, its highest level since the end of February. Sellers greeted it and pushed it back to around $1.2015 ahead of the weekend. The move seemed exaggerated by month-end adjustments. Follow-through selling will likely test support is likely in the $1.1980-$1.2000 area. The momentum indicators are stalling. In the near term, we are more inclined to sell into strength than buy dips. Three-month euro volatility (implied) slipped below 5.5% before the weekend, its lowest level since March 2020, but closed near session highs.

The dollar bounced smartly against the yen last week. It had finished the previous week below JPY108, but the rise in US yields seemed to fuel the greenback’s recovery. After falling in nine of the past ten sessions, the dollar rose at the beginning of last week and recorded higher highs until consolidating ahead of the weekend and month-end. The MACD and Slow Stochastics have turned up, suggesting the dollar’s recovery will continue.

The dollar rose above JPY109.30 before the weekend to push and closed above the (50%) retracement of April’s decline. The next retracement target (61.8%) is near JPY109.65, and then the JPY110 level beckons. Implied vol trended lower in April alongside the dollar. The dollar’s recovery is likely to see higher implied vol, which at a little below 6%, is also near its 20-day moving average.

A five-day advance rally was halted before the weekend as it pulled back and slipped below the 20-day moving average (~$1.3850). Once again, the market was reluctant to push it above $1.40. Sterling has not closed above that threshold since the end of February, though it has flirted with it several times. The pre-weekend drop succeeded in turning sterling lower for the week after threatening to extend its weekly advance to three. The momentum indicators stalled. Many observers see the local elections, and the election in Scotland, in particular, as a risk to sterling.

On the other hand, the Bank of England is expected to be upbeat as the fiscal stimulus and vaccine will spur a recovery sooner and stronger than previously projected. If $1.40 is the upper end of the range, then the $1.3670 area has been the lower end of the range. Initial support is seen around $1.3800. Three-month sterling vol fell below 7% last week to make a marginal new low since last March.

The Canadian dollar was easily the strongest currency last week, gaining 1.5% against its US counterpart. It the fourth consecutive weekly advance, and it was the biggest of the year. The central bank has begun tapering, rising commodity prices is seen as constructive, and its 1.6% expansion in Q1 matches the US. However, a note of caution is generated as the US dollar closed below the lower Bollinger Band every day last week and finished the week on its lows. Another note of caution comes from the market that may be getting ahead of itself as it prices in three rate hikes by the end of 2023.

The momentum indicators are still falling, and the Slow Stochastic is stretched, and the US dollar still made new three-year lows ahead of the weekend. Initial resistance is seen near CAD1.2335 and then CAD1.2400. The low from 2018 is about CAD1.2250, and below there, chart support is sparse until the 2017 low of almost CAD1.2060. Implied volatility has begun rising. It had briefly fallen below 6% near-mid April, its lowest level since last July, but finished above 6.5%.

Rising commodity prices, including industrial metals, and a dovish Federal Reserve failed to sustain an Aussie rally above $0.7800. While it flirts and penetrates it on an intraday basis, it has failed to close above it since the end of February. Indeed, it finished the week close at its lowest level in about two and a half weeks, a tad above $0.7700, briefly dipping below it in a thin NY Friday afternoon. The momentum indicators a mixed. The Aussie spent April mostly in the $0.7600-$0.7800 range and largely above $0.7700 since mid-monthly. A break warns of a return to the lower end of the range.

The RBA meets on May 5 in Sydney. It may be a bit early for it to signal that it too wants to pull back from its extraordinary monetary support, but it seems like a good candidate for later Q3. The central bank will publish new economic projections at the end of the week, ahead of the government’s budget announcement the following week. Three-month vol is trading in its trough below 9.0%. It reached 8.75% last week, its lowest level since last March.

The peso had its worst week in a couple of months, falling in four of the five sessions. It snapped a four-week advance with a 2,1% decline, making it the second-worst performing emerging market currency after the Colombian peso (~-2.4%). Higher global interest, including a modest rise in US yields and the prospect of another 75 bp hike in Brazil in the week ahead, encouraged some profit-taking.

News of a large and unexpected trade deficit ($3 bln in March) was not helpful, but the surprising expansion in Q1 (0.4% quarter-over-quarter GDP) did not prevent the peso from extending its losses. The US dollar finished the week around MXN20.2460, its best level since April 16. The MACD and Slow Stochastic have turned up. It met the (38.2%) retracement objective of the decline since late March high near MXN20.2350. The halfway mark is about MXN20.3730.

The broad dollar gains ahead of the weekend halted the yuan’s four-day advance. It was only the second session that the greenback gained over the redback in three weeks. Still, the dollar fell for the fourth consecutive week, which followed a six-week advance. Over the four-week streak, the yuan rose by 1.6%, making it the second strongest currency in the region after the Taiwanese dollar (~2.1%).

If the dollar strengthens in the near term, as it looks likely against a range of currencies, it can return to the CNY6.50 area. The yuan and the euro remain highly correlated. On a purely directional basis, the correlation over the past 30 and 60 days is slightly more than 0.85. The onshore market will be closed the first part of next week to celebrate the May Day holiday.