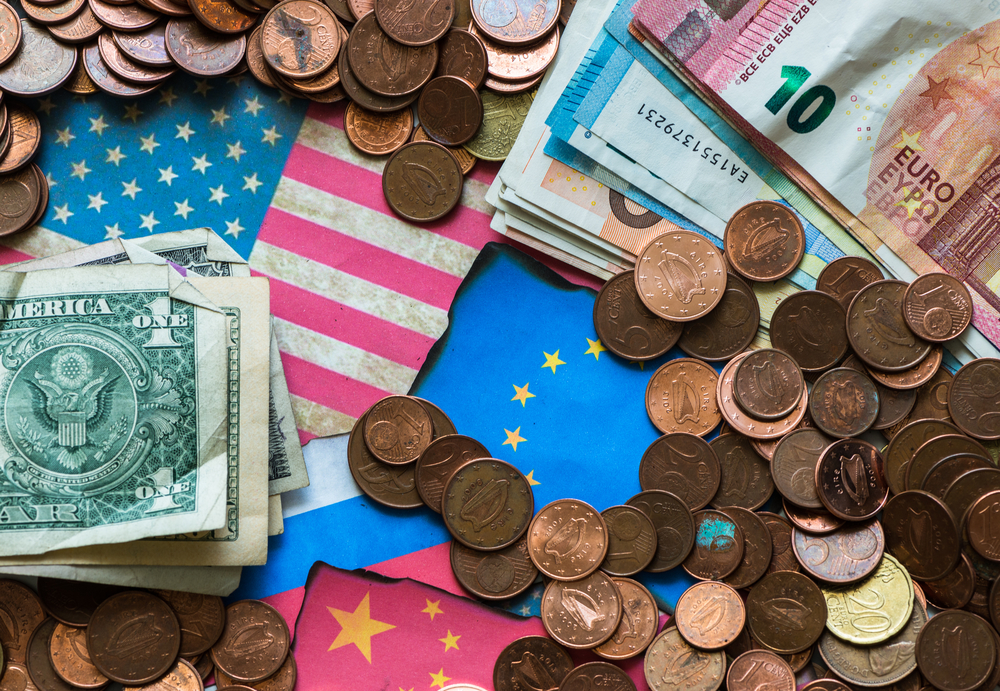 The dollar’s inability to gain after the much stronger than expected March employment data may have encouraged a bout of profit-taking. Next week offers a test on the hypothesis that the dollar-bullish divergence meme has been fully discounted. After a brief hiatus, US coupon sales will return ($110 bln), and a string of high-frequency data is likely to confirm an acceleration of prices and activity.

On balance, we expect the US dollar and long-term interest rates to rise next week. US rates fell, with the 10-year yield falling to two-week lows near 1.60%. This means that there is no concession to next week’s supply that begins with a $58 bln sale of three-year notes on Monday. The US will be raising $110 bln in coupon sales, while the data will likely show a jump in prices (base effect and more).

There will also be a surge in real sector data, partly reflecting the recovery from February’s weather-induced weakness and the new stimulus. Meanwhile, new restrictions in Japan and Europe mean that divergence with the US may extend deep into Q2. In fact, if the dollar does not trade higher next week, the bears, who seemed to go into hibernation in Q1, will re-emerge on ideas that investors are moving beyond its focus on the stimulus-driven US recovery and yawning divergence.

Last week’s pullback met the (38.2%) retracement target of the leg up since the late February low (~89.70) found near 92.00. A convincing break could signal a return to the 91.00-91.30 band. A move now above the 92.50 area would lift the tone, with an initial target in the 92.85-93.00 band, and, perhaps, to the five-month high set at the end of last month closer to 93.50. The MACD and Slow Stochastic point lower, while the RSI is turning higher. The 200-day moving average, which the Dollar Index begins the new week a bit above, is found around9 2.35. The recent decline has seen the five-day average slip below the 20-day moving average for the first time in a little more than a month.

The outside up day on April 5, which seemed to complete a small head and shoulders pattern with the close above $1.18. It set the technical tone for the rest of the week, and the euro met the minimum objective of a bit more than $1.19. However, disappointing European industrial production figures and a jump in US rates (before the US PPI jump that was twice the median forecast in Bloomberg’s survey) stalled the euro’s recovery.

The 15 bp decline in the US 10-year yields from its March 30 peak above 1.77% seemed to drag the dollar lower against the yen. Speculators in the futures market had jumped with both feet into short yen positions. The gross short yen position by non-commercials jumped from 13.3k contracts, a multi-year low, in the first half of January to 84.7k contracts as of April 6. Last week was only the third (weekly) decline in the dollar since the end of January.

The dollar peaked in the last session of Q1, just shy of JPY111.00. It hit JPY109 on April 8 before jumping back to almost JPY110 ahead of the weekend as higher US (and China) inflation lifted yields. The JPY110.20 area is the next retracement (61.8%) of the dollar’s pullback. It takes more than a pre-weekend dollar bounce to turn the momentum indicators. A break of last week’s low could spur a move toward the JPY108.30-JPY108.40 area.

Sterling fell for the fifth week of the past seven. It flirted with the lows from late March, near $1.3670 ahead of the weekend, before recovering back to almost $1.3750. The MACD remains in its trough, while the Slow Stochastic is turning lower from the mid-range. The five-day moving average has held below the 20-day since early March. Cable also appeared influenced by the dramatic recovery of the euro against sterling. The euro fell to its lows level since March 2020 against sterling at the start of last week (~GBP0.8470).

It recovered smartly to almost GBP0.8700 before the weekend, which corresponds to the (38.2%) retracement of the leg lower that began on January 6 near GBP0.9085, where it met strong selling pressure. It was the biggest euro advance against sterling in about seven months. While we cast a jaundiced eye over many seasonality claims in the foreign exchange market, we note April tends to be a good month for sterling. In the past 20 years, sterling has risen in 17 Aprils. However, May is cruel and sterling has fallen in 16 of the past 20 years in May.

The US snapped a three-week advance against the Canadian dollar that lifted it from a three-year low (~CAD1.2365) to around CAD1.2650 at the end of March. That late March high was retested last week. A robust Canadian jobs report blew away expectations and gave the Loonie a bid. The greenback settled on its lows, and a break of CAD1.25 will open up the downside.

The MACD is trying to turn lower, while the Slow Stochastic already has rolled over. The Bank of Canada meets on April 21. Even though Ontario has reintroduced social restrictions, and the excess fatalities in Canada may rival the US on a per capita basis, the central bank will likely be increasingly confident of a strong economic rebound.

The Aussie peaked in late February at a little over $0.8000. It fell to around $0.7600 and has spent most of the past three weeks confined to around a half of a cent range around it. While there appears to be little momentum, the MACD is trying to turn up from overextended territory, and the Slow Stochastic is already trending higher.

Upticks last week were capped by the 20-day moving average, which begins the new week near $0.7660. Australia lost around 350k full-time positions from March through June last year. In the eight months since, it has recouped them all, plus. On the other hand, the unemployment rate was at 5.8% in February, up from 5.1% at the end of 2019. The March figures are the highlight of next week’s data.

The dollar eased by around 0.7% against the peso last week. It was the second consecutive weekly decline and the fourth in the past five weeks. This largely mirrors the performance of the JP Morgan Emerging Market Currency Index. Mexico reported a jump in inflation (CPI 4.67%, up from 3.76% in February, and the bi-weekly readings warn it may not have peaked. Mexico also reported a 0.4% rise in industrial output (economists had projected a decline).

A recovery in auto production and sales seems to be critical and linked to the strengthening US economy. The greenback peaked in early March near MXN21.6350 and last week recorded a low around MXN20.0650, its lowest level in almost two months. The move is stretched. The MACD is at its lows for the year, while the Slow Stochastic is poised to turn higher from oversold terrain. The MXN20.40-MXN20.50 area offers the first hurdle for a dollar bounce.

The yuan rose for the first time against the dollar in seven weeks. It has completely unwound its earlier gains and is now off about 0.4% for the year. More trackers of flows into different funds are seeing outflows from Chinese bonds. The yuan’s weakness seems to be fundamentally driven, and the PBOC is not leaning hard against it. Last week, the dollar traded inside the previous week’s range (~CNY6.54-CNY6.58).

The offshore yuan is a little softer than the onshore yuan, which is understood as offering insight into the direction of the underlying pressures. Beijing is expected to report lending figures, trade, investment, retail sales, and industrial production figures for March, culminating in the first look at Q1 GDP. The economy has lost some of its mojo, and the median forecast in Bloomberg’s survey projects that growth nearly halved from the Q4 20 pace (2.6%) to around 1.4%.