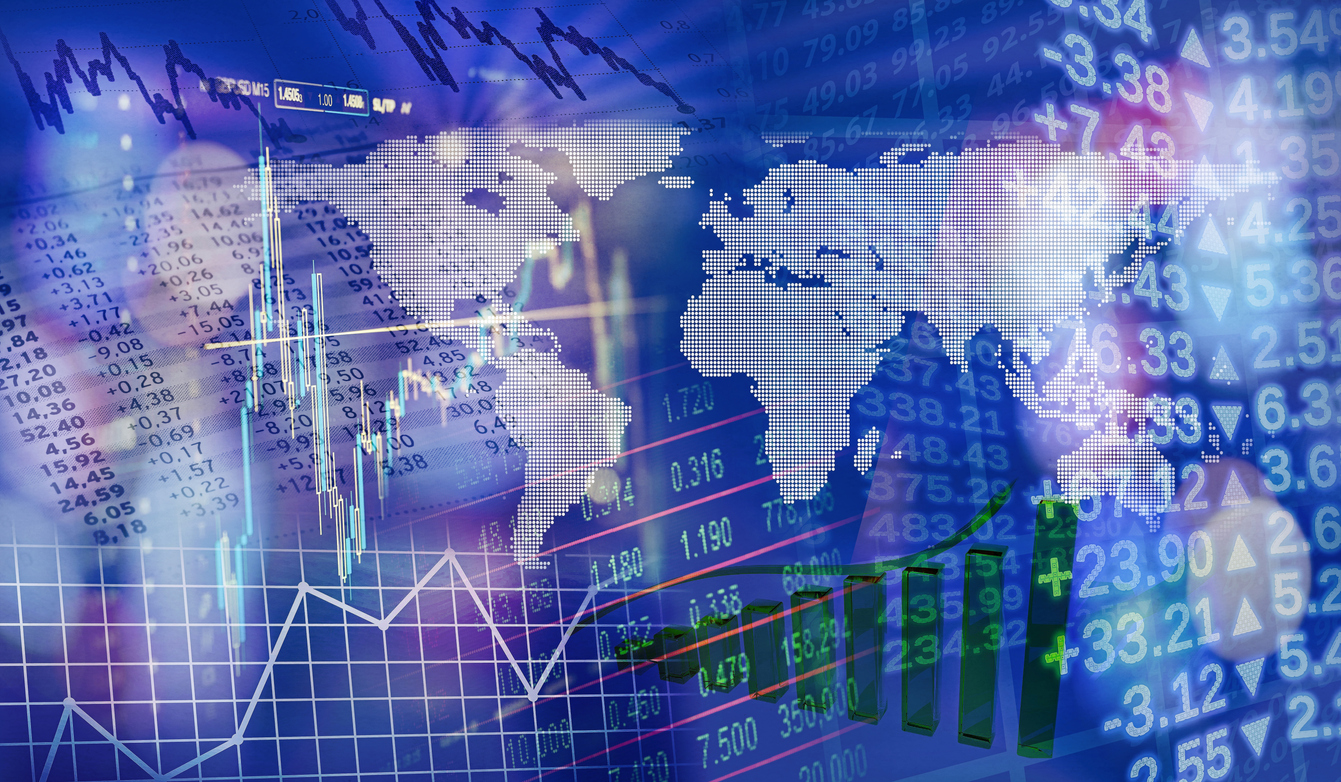 European bourses opened higher but made little headway before some profit-taking set in, while US shares are trading higher. Benchmark 10-year yields are firmer, and the US Treasury yield is near 67 bp and is approaching the upper end of its recent range.

The yield has not closed above here since April 14. Despite the German court ruling yesterday, peripheral European bonds are not under pressure, and in fact, the Italian premium has narrowed a little. The dollar remains firm against most of the major currencies. The yen is resilient and Japanese markets re-open tomorrow.

The dollar bloc is little changed, but the euro and sterling are under heavy. The euro slipped below $1.08 in the European morning, and sterling was sold below $1.24.

Among emerging markets, the South Korean won is the strongest, though foreigners were net sellers of its equities today. The South African rand was resisting the dollar’s tug but has since turned weaker. On the other hand, South African bonds continued yesterday’s recovery.

Despite the recent downgrades and being dropped from the FTSE World Government Index, foreign investors have returned to South Africa’s bond market, and its bond sales yesterday were oversubscribed. Gold is hovering a little above $1700. June WTI, which traded near $10 a barrel early last week, briefly poked above $26 today before setting back to $24 and is now near the middle of the session’s range.

China’s mainland markets re-opened from the May Day holiday. When the local markets were shut on April 30, the dollar was at about CNY7.0635. The offshore yuan had weakened in the meantime. The US dollar rose from around CNH7.0815 on April 30 to close yesterday near CNH7.1225. The PBOC set the dollar’s reference rate against the yuan at CNY7.0690, which was a bit weaker than the CNY7.0720 that the models projected. The dollar fell to CNH7.10, as three-day low before recovering.

There is little evidence that Chinese officials are seeking to express their frustration with the escalation of US rhetoric over the virus or Taiwan through the exchange rate. On the other hand, the dramatic decline in energy prices is another hurdle to China fulfilling the trade agreement with the US, which seemed to have been a stretch under normal circumstances.

Australia appears to have reported an 8.5% surge in March retail sales, as households stockpiled. However, prices jumped in Q1, and when retail sales are adjusted for price changes, the Q1 performance is not impressive. In real terms, retail sales rose by 0.7% in Q1 after a 0.5% increase in Q4 19. The median forecast in the Bloomberg survey expected a 1.8% increase. Separately, New Zealand reported the jobless rate rose to 4.2% in Q1 from 4.0% in Q4 19. Employment rose 0.7% in the quarter while economists had expected a 0.2% decline. Private wage growth slows.

The dollar is trading heavily against the yen for the fourth consecutive session and has gained only once in 11 sessions. It slipped to almost JPY106.20 today, its weakest level since March 17. It is fraying the band of support that appeared to have been built in the JPY106.40-JPY106.60 area, which now becomes resistance. Some are linking the yen’s persistence to repatriation from US derivatives such as collateralized loan obligations.

However, our understanding was that most of these purchases were funded with dollar borrowings or swaps. The Australian dollar finished last week near $0.6420. It firmed slightly over the past two sessions but has stalled a cent below last week’s highs (~$0.6570). Watch the $0.6400 area, where the 20-day moving average is found. It has not closed below this moving average since April 3.

The flash PMI reports steal most of the thunder from the final estimates. The new information today is the German factory orders for March, which were weaker than expected, falling 15.6%, half again as much as the median forecast in the Bloomberg survey anticipated (-10%). The eurozone retail sales for March were also reported. They fell 11.2% on the month, more than the 10.6% decline expected.

The final PMI eurozone as a whole ticked up from the flash. The service component stands at 12 rather than 11.7, but still off from 26.4 in March. The composite edged up to 13.6 from 13.5, but it means virtually nothing given the 29.7 reading in March. German services and composite PMI were revised higher from the flash while France’s reports were revised slightly lower. Italy came in a little better than expected, and by that, we mean that the drop was a smidgeon smaller than expected, while Spain’s showed a larger decline than expected.

The euro was unable to recover much after falling from around $1.09 to about $1.0825 in response to the German Constitutional Court ruling yesterday, and it has been sold further today. A trap was laid by the court. It is not as simple as complying with a German court’s demand, as many observers seem to think.

If the ECB provides the justifications that its Public Sector Purchase Program is indeed a proportionate response, it concedes that the German court can overrule the European Court of Justice. This would set a dangerous precedent, most immediately for the likes of Hungary and Poland. They are already at odds with the ECJ over the independence of the judiciary, for example.

On the other hand, if the ECB were not to provide the justification, then it would leave the Bundesbank in an awkward position. Could it ignore the German Constitutional Court and continue to buy bonds under the PSPP program? The Germany court claimed that the ECJ had overstepped its authority (ultra vires).

The PSPP program accounts for less than a quarter of the ECB’s current purchases, success here will likely encourage challenges of the Pandemic Emergency Purchase Program, which is not bound by the capital key. Also, troubling was the German Court’s urging of the German government and parliament to challenge the ECB.

Even Bundesbank President Wiedmann, who wanted to ECB to adhere to the German Court’s demand for formal justification of its purchases, tried to defend the ECB’s independence. It begs the question, not of monetary or fiscal union, but the need for a legal union, and perhaps, a reaffirmation of the primacy of EU law over national law.

Three US reports attract attention today. First is the ADP private-sector jobs estimate. Millions of jobs were lost in April, and the ADP will give some clue as to the magnitude ahead of the national figures on Friday. Something on the magnitude of 21 mln job loss is expected. Second, the US Treasury will announce the details of its quarterly refunding that is expected to boost the size and also re-introduce a 20-year bond. Third, the EIA oil inventory figures will be watched, following the API estimate of an 8.4 mln barrel build, the smallest since late March.

Oil prices are extending their recovery. The five-day rally coming into today is the longest in over a year. Most of the talk is about reductions in supply, and many expect that US inventory growth slowed for the third consecutive week. The EIA estimated that oil stocks rose almost 9 mln barrels in the week to April 24. Near $28.35, the June WTI contract would meet a (38.2%) retracement objective of this year’s decline. Reports suggest some shale producers they could start up again if crude were above $30.

Brazil’s currency and equity markets are among the worst performers so far this year. The currency is off 27%, and the stock market has fallen 30%. The central bank meets later today and is expected to cut the Selic rate again as the economy has deteriorated sharply. Inflation expectations had dropped since the last meeting when the officials had thought they provided enough stimulus. Although most economists expect a 50 bp rate cut, the market appears to in between a 50 and 75 bp cut.

Yesterday, Brazil reported March industrial output. The median forecast in the Bloomberg survey was a sharp 3.7% decline. Instead, it plummeted by 9.1%. The IBGE measure of CPI will be released later in the week. It is expected to fall to around 2.5% from 3.3% in March. Fitch cut its outlook for Brazil’s BB- rating to negative late yesterday. It cited the economic weakness, fiscal efforts, and tensions between President Bolsonaro and Congress. The virus contagion is spreading, and the economic situation is likely to get worse.

The US dollar is trading within yesterday’s range against the Canadian dollar after finding support in front of CAD1.40. Yesterday’s high was just shy of CAD1.4100. Firm equities warn of the risk that the greenback is sold through CAD1.40 today. A low near CAD1.3930 was seen at the end of last week. Meanwhile, the US dollar is also pushing near yesterday’s high against the Mexican peso near MXN24.17 in the European morning. The intraday technicals suggest it may hold, but if it doesn’t, the risk is for MXN24.40. Support is seen in the MXN23.60-MXN23.80 area.