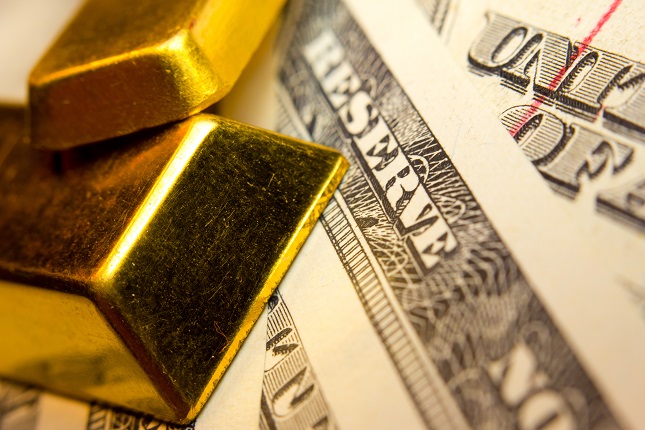 A letter published and signed by former Federal Reserve officials and staffers called on the Senate to reject her nomination, stating that “Ms. Shelton’s views are so extreme and ill-considered as to be an unnecessary distraction from the tasks at hand…”

Her “extreme” views were referred to in a general statement of condemnation:

“Ms. Shelton has a decades-long record of writings and statements that call into question her fitness for a spot on the Fed’s Board of Governors”. This was followed by a citation of the specific issues:

FED CONDEMNATION OF SHELTON IS MOTIVATED BY FEAR

Would these specific views have been considered extreme a century ago? No. Are they extreme now? No. Then why all the fuss?

The statement by former Fed officials has been published openly and is prompted out of fear. Fear of discovery and exposure; and fear of a possible end to the biggest Ponzi scheme of all time.

If someone with Ms. Shelton’s views were to be sitting on the Federal Reserve Board of Governors, that individual would have a platform to call attention to the facts at hand. More public recognition of those facts could change measurably the current perception of the Fed. In addition, it might also signal the possible end of the central bank.

It was established in 1913 by congressional vote. It is, ostensibly, an institution that is responsible for, and actively pursues management of the economy. The goal is economic stability.

But that is not its true purpose. The Federal Reserve is a “banker’s bank”. As such it facilitates and orchestrates a financial environment that allows banks to do what they do best – loan money.

The Fed’s expansion of the supply of money and credit, along with additional creation of money in the form of loans granted via fractional-reserve banking, is inflation. The loss of purchasing power of the US dollar and the higher prices you pay overtime for all goods and services are the effects of inflation that has already been created by governments and central banks.

More than forty years ago, a former Fed chairman, who at the time was an economist and private consultant, received some similar attention because of some not entirely dissimilar viewpoints, particularly about gold and the gold standard. After his appointment as Chairman of the Federal Reserve Board of Governors in 1987, Alan Greenspan said very little about gold.

As a board member, Ms. Shelton will not be in control; but she might be a disruption to ‘business as usual’ at the Fed. Maybe this is what is meant by the reference to Ms. Shelton’s views as “an unnecessary distraction from the tasks at hand”.

Probably the most blatant condemnation of Judy Shelton comes in an article by Steven Rattner, titled “God Help Us If Judy Shelton Joins The Fed”.

For some people, it might make more sense to say “God Help Us If Judy Shelton’s Nomination Is Not Confirmed”. On the other hand, it might not make any difference.

Mr. Rattner said that “The Federal Reserve is an indispensable player in managing our economy”. That cannot even scarcely be considered a true statement when the facts are known and acknowledged.

The truth is that the Federal Reserve has been mismanaging the economy for over one hundred years. The effects of their infinite money creation have destroyed the value of the US dollar which is now worth only $.01 cent compared to $1.00 when the Fed assumed command.

Since the effects of inflation are volatile and unpredictable, the Federal Reserve spends most of its time now trying to manage the ill effects and unintended consequences of its own actions.

Regarding Ms. Shelton’s views on gold, Mr. Rattner referred to the gold standard as “a significant culprit in deepening the Great Depression” which is not true.

The length and depths of the Great Depression were the results of government attempts to fight the necessary purging that was taking place. If it had been allowed to run its course without public works programs, wage supports, and a national government who tried to “spend” us into recovery and wellness, the Great Depression would have been over much sooner

Under a gold standard, accompanied by convertibility, gold acts as a restraint on a free-spending government. The reason all nations have abandoned a gold standard is that they do not want to be limited in their desire to create limitless amounts of fiat money. (see Gold, US Dollar And Inflation)

As it appears now, Judy Shelton brings a refreshingly different perspective to central banking; and offers the potential for positive change – from the inside.

If that were not the case, it is doubtful that so many of those with influence within that domain would be so open in their attempts to stop her.