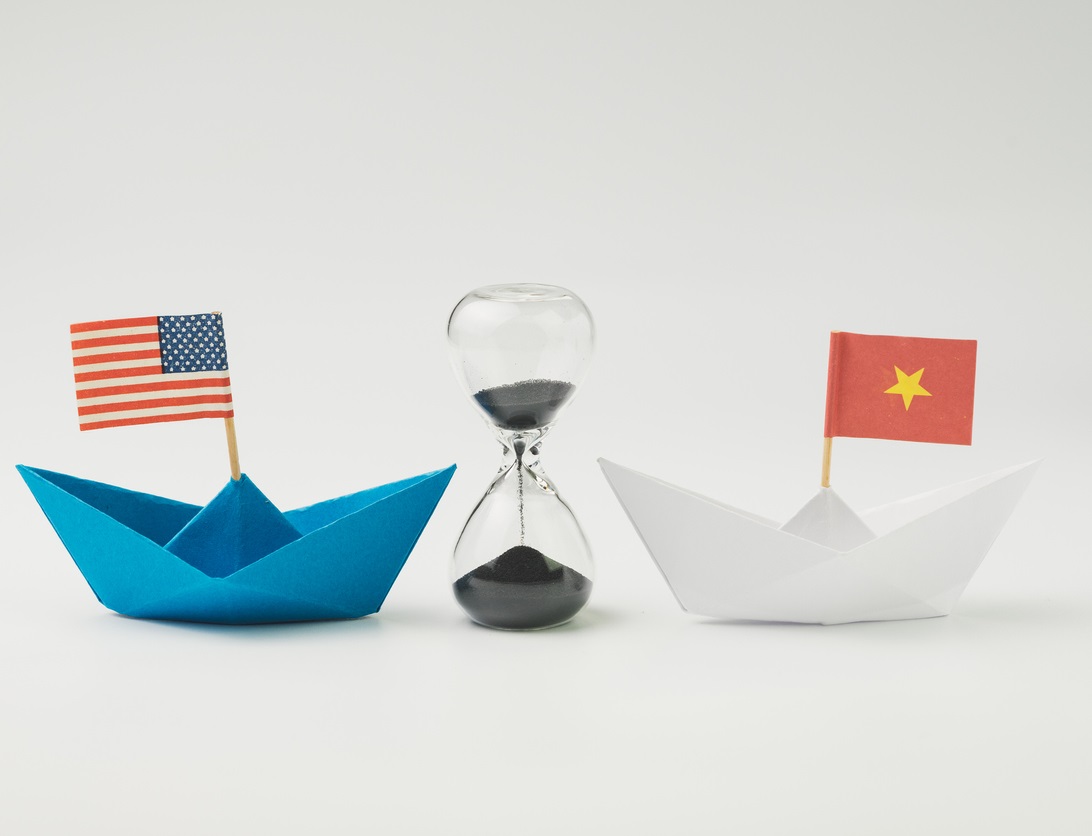 The sudden shift in the U.S. trade policy is beginning to look less like a tactic to extract further compromises from China, as it now seems the U.S. administration is hell-bent on applying more punitive tariffs which could upend the negotiations all together especially if President Trump decides to impose a flat 25 % across all Chinese products.

This shift is challenging the markets baseline case, which was positioned for a trade deal. So, over the past 24 hours, there has been a significant sentiment shift as some investors hedge into safe-haven assets while some are falling by the wayside while the balance is opting for the sidelines. But one thing that is for sure, Equity investors are getting more uncomfortable by the hour.

While market momentum, up until Monday, has masked investor complacency. But now with the possibility of the trade deal in tatters markets could turn upside down. Indeed, the relentless bull market seemed impervious to risk, but this too has spawned a high degree of complacency that leaves most market participants ill-prepared for the inevitable reversal. And as investors realize the downturn could be far more significant and occur much faster than anyone thought, suggesting we could be in store for total pandemonium unless President Trump relents, or a trade deal is signed. Unfortunately, we do not expect China to back down quickly, so it is really in the President’s hands.

While the impact of more tariffs will be harmful to both the U.S. and China economies, it is hard to overlook the damaging effect on other economies in Asia as the departure of foreign capital will put massive pressure on Asia currency rates.

Oil markets are getting drawn into the Trade -War bedlam as WTI fell below $61 per barrel with oil traders’ hedging against the damaging economic fallout.   With cross-asset traders deleveraging risk assets in a hurry as risk premia surges, it is not that surprising oil prices are feeling the heat, but it does belie the enormous supply tail risk as even the threat of disruption to transit through the Straits of Hormuz will be enough to keep markets focused on the supply risks. With Iran uber-hawks Pompeo and Bolton, the Presidents right and left -hand men, I think the markets are underpricing this potentially explosive geopolitical risk, and at minimum, it should keep a floor in check.

However, oil prices were also under pressure yesterday after Saudi Arabia confirmed they would sell added cargoes to  Asian customers.  Indeed, the notion of extra supplies even if offered up at exorbitant premiums is enough to give oil bulls a case of the jitters.

And adding insult to injury, prices were pressured after American Petroleum Institute reported late Tuesday that U.S. crude supplies rose by an unanticipated  2.8 million barrels for the week ended May 3

Gold markets are still begrudgingly bid despite the likelihood of higher tariffs on 200 billion in Chinese goods, and as investors could be staring down the barrels of a flat 25 % U.S. import tax on all Chinese rights.

So, with the broader market reframing risk why isn’t gold punching higher?

While equities count I think the USD stays the key fulcrum for Gold traders. With the general lack of F.X. volatility currently favoring the U.S. dollar carry. Until the investor focus moves away from equities and rates, and back to F.X., the picture is unlikely to change much anytime soon. Also, the USD has been a safe harbor during trade war escalation. So, until such time the dollar loses its haven and carry appeal, Gold top side ambitions could remain thwarted by a stable and robust USD

If you thought Monday’s tumult was vicious, trust me “you ain’t seen nothing yet.” if indeed trade tensions escalate further.. And while green shoot growth momentum, China stimulus, and FOMC policy support should supply a modest backstop. But with a potential of a 10% market downside correction on further escalation, equity investors need to take note especially with the U.S. setting forth a short time.

On the currency market, the big question is how much the Yuan can weaken. Without calculating the math or reworking the regression analysis, conscious reasoning alone suggests we move back to USDCNH 7 on a trade deal waffle.

Currency traders barely blinked after the BNM had the foresight to take proactive measure and provide the market with a much-needed insurance interest rate cut. This move is being interpreted as a one and done for 2019 and was fully baked into the MYR price, so action price action was tame.

However, traders are quickly pivoting to the possible damaging effect that increased U.S. tariffs could have on the local export Markets keeping in mind that Malaysia export declined .5 in March from a year earlier. I think on an escalation of a trade war the Ringgit will get massively given its high levels of exports concentrated into China.  So weaker exports coupled with capital outflows could see the Ringgit trade above 4.20 on a full out U.S. trade war escalation.

This article was written by Stephen Innes, Head of Trading and Market Strategy at SPI Asset Management