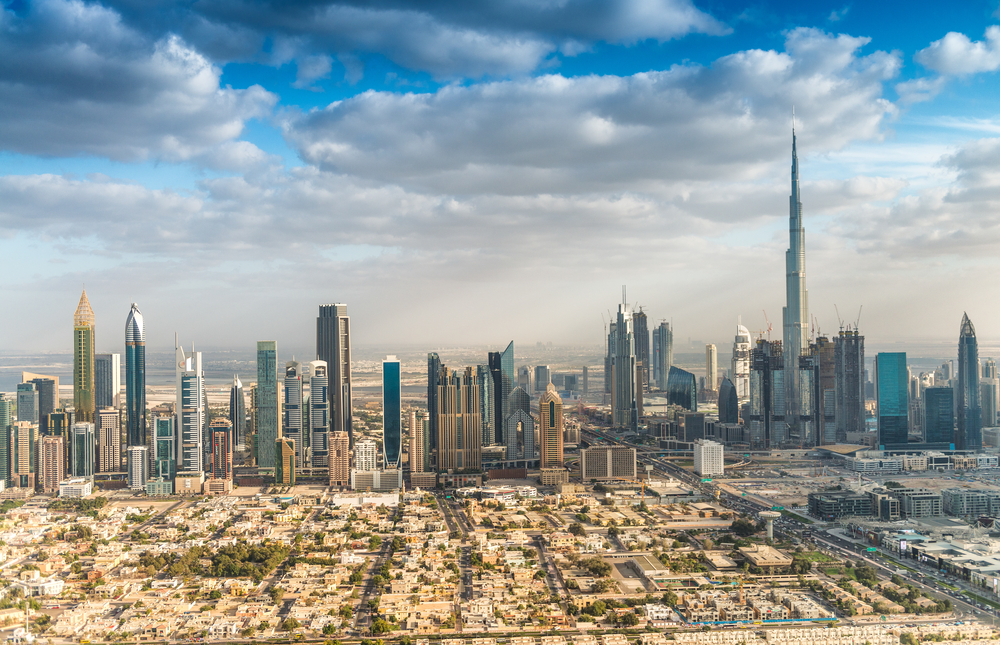 Regardless of how late in the game this declaration may or may not have come, at the very least this raising of the alarm will now urge governments to take the issue seriously and redouble their efforts to prevent its spread.

It’s now becoming widely accepted that moving the infection curve to the right is our best bet at containing the virus without overwhelming our national health care systems. As more data emerge regarding the virus’s epidemiological characteristics, we become better equipped to deal with it and to care for those afflicted.

With these former unknowns gradually transforming into knowns, attentions are turning to the manifold implications that our efforts to contain Covid-19 will have on our increasingly interconnected global economy. Most markets are now well into correction mode, with many already dipping into bear market territory. As far as the U.A.E is concerned, we can currently divide the knock-on effects into impact on travel and tourism, commodities and the effect on Emirati society.

As far as social effects are concerned, the U.A.E is a highly organised, well-funded, technologically advanced and cooperative society. This greatly increases the likelihood that the radical measures being employed to counteract Covid-19 will succeed in at least slowing its spread.

The speed at which the country has moved to disinfect public spaces, as well as installing thermal cameras, banning Shisha, postponing large gatherings, shuttering educational establishments and restricting prayer times, bodes well for containment. As we have seen from other countries like Singapore and Hong Kong, moving swiftly in a coordinated fashion is key to preventing the virus’s spread.

Air transportation is an important source of revenue for the UAE, being home to Emirates, the world’s largest long haul airline, as well a centre for other major regional carriers such as Etihad Airways and Air Arabia. According to a 2019 report from the International Air Transport Association, air transportation accounted for $19.3 billion, or around 5% of the U.A.E’s GDP last year. When you factor in tourism as well, this figure more than doubles. The World Travel and Tourism Council had travel and tourism accounting for over 11% of the U.A.E’s GDP in 2018.

All airlines will have to contend with cancellations as further flight restrictions come into effect. With global travel almost certain to be severely disrupted well into Q2 of 2020, this is definitely a key part of the U.A.E’s economy that will take a hit. Shares in Air Arabia fell to lows of 1.08AED during Monday’s trading session before recovering slightly in the following days. They are currently down more than 30% year-to-date.

The good news is that the U.A.E’s airline industry is likely to be much better prepared to weather the coming storm than those of other countries. Taking Air Arabia as an example, its trailing twelve-month quick ratio (liquid assets divided by current liabilities) currently stands at 1.24 (higher is better, ratios below 1 are undesirable).

By contrast, Southwest Airlines, which is the largest low-cost carrier in the world, has a trailing twelve-month quick ratio of 0.61. Air Arabia’s quick ratio is also significantly higher than the airline industry’s average, which comes in at 0.29, and thus may be in a far better position to withstand this shock.

The U.A.E recently entered the fray of the oil price war between Saudi Arabia and Russia, following the breakdown in talks between OPEC+ members earlier this month. On Wednesday, March 11th it announced that it would also begin ramping up its own oil production.

Abu Dhabi National Oil Company Chief Executive, Sultan Ahmed Al Jaber, stated that the company was currently able to supply the market with 4 million barrels per day, but is planning to increase this amount to 5 million per day in April. Being the only major producer that still prices its oil retroactively, it has also lowered the price of its four grades for February sales by $1.63 per barrel.

The coronavirus has massively exacerbated the demand shock of an industry already contending with a global slowdown. The strategy now appears to have shifted from maintaining a given price level via production cuts to competing for market share with producers like the US and Canada that cannot profitably extract at these lower prices.

Russia, Saudi Arabia and the U.A.E can all endure a lower price of oil without major disruption to their respective economies. Russia currently has the lowest debt-to-GDP ratio of the three, with the Emirates coming in second and Saudi Arabia third.

For now, it appears that all three are intent on pumping more oil, albeit at these lower prices, and accumulating as many dollars as possible. If you consider that the U.A.E is the most diversified economy in the MENA region, it seems as though it could pivot its economy quicker than other Gulf states should lower-for-longer continue to be the narrative for oil going forward.

As a regional centre for gold trading in the Middle-East, gold in raw, semi-worked and jewellery form is highly important to both the U.A.E’s import and export figures. In 2018, unwrought gold made up the U.A.E’s largest imported item, with exports of raw and semi-worked gold accounting for more than 25% of its exports.

The country’s large gold market is likely to benefit from investors across the entire region flocking to the precious metal as a safe haven. Saudi Arabia and India, both large importers of the precious metal, make up two of the U.A.E’s largest export partners.

However, its involvement in a variety of gold industries makes soaring gold prices something of a double-edged sword for the Emirates. Elevated prices in the raw commodity are good for its bottom line as a re-exporter of large quantities of African gold. Nevertheless, high gold prices will tend to weigh on its extensive jewellery trade.

Indian families account for the largest privately owned hoards of gold in the entire world, more even than the Saudi royal family. As gold pushes higher and the rupee falls, the U.A.E’s 3.5 million Indian migrant workers, who make up around 27% of the country’s total population, are far more likely to be sending their money straight back home, rather than purchasing gold jewellery as they are ordinarily known to do.