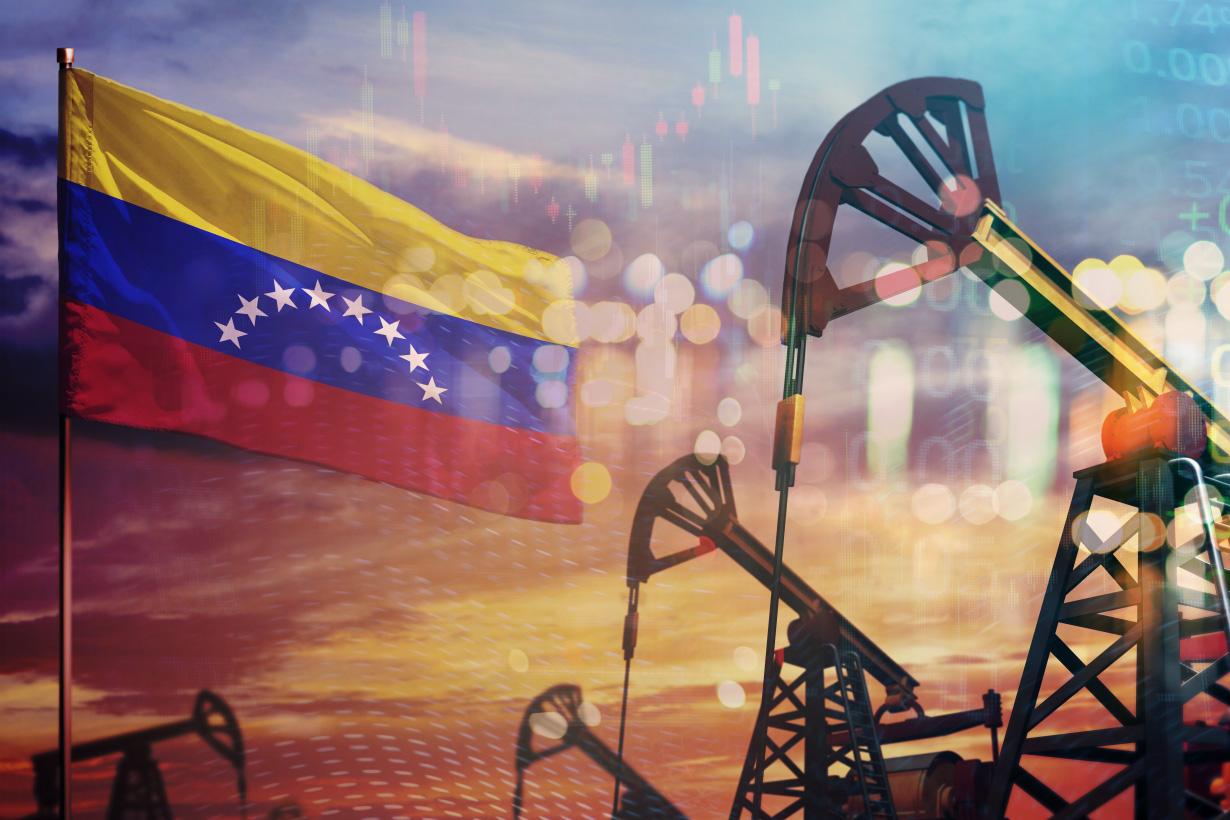 Is Venezuela the Roadblock to Oil Bulls?

Currently, oil prices are substantially inflated due to supply-side shocks and Western sanctions against Russian energy products. It is estimated that the cost of a barrel of crude oil was over $110 at the end of May 2022 – a near ten-year high, prices are also on the rise globally.

Following the ban on Russian oil, the US and European countries sought to find alternate sources of fossil fuels as quickly as possible. This is when Venezuela entered the picture.

In March 2022, the US sent a delegation to Venezuela [1], a country which was deemed by the US to be “Not Cooperating Fully With Antiterrorism Efforts” [2] and had numerous notable figures under US sanctions [3].

Shortly after, the US plans to lift certain sanctions towards Venezuela. As a result, US energy giant Chevron is allowed to negotiate an operating license in the South American country [4]. For 15 years, Venezuela has been in Uncle Sam’s crosshairs [5], what has led to the possible thawing of relations?

The answer lies deep within the Venezuelan soil and ocean bed – its famed oil reserve.

Venezuela is blessed with a plethora of natural resources, precious metals, diamonds, oil etc. [6] Since 1522, Spanish conquerors and socialist dictators alike had vastly benefitted by exploiting the land [7]. Despite producing crude oil for over a century [8], the nation still boasts the world’s highest number of proven oil reserves at almost 300 billion barrels [9].

Its current political head – Nicolás Maduro, was handpicked by his predecessor Hugo Chávez [10], the outspoken Venezuelan president who once mocked then-US president George W. Bush as “the Devil” at the United Nations General Assembly [11].

As an authoritarian leader, Hugo Chávez had built a domestic economy heavily dependent on crude oil – taking up an astonishing 96.6% of total exports [12], with the US being its major customer. In the year 1997, almost 650 million barrels of crude oil were shipped to its now-sworn enemy [13].

Chávez then used the oil wealth to fund a series of welfare policies that targeted the poor, including affordable housing and healthcare systems [14]. Nearly a decade after his death, the Eyes of Hugo Chavez are seen throughout the country, as a watchful symbol that looks after his people, and a clear reminder of his popularity among the grassroots [15].

Unfortunately for Venezuelans, Chávez’s legacy also laid the foundation to their current woes. Price control policies have backfired when the official prices were lower than local food production costs [16]. Food shortages became so widespread that “Maduro diet” became a sardonic local synonym for weight loss due to hunger [17]. The World Food Program and other private charities had to intervene to help malnourished children through soup kitchens [18].

Apart from oil reserves, Venezuela also took the top spot for hyperinflation. In 2019, Inflation rate went up by 350,000% [19], although the latest figure in April has gone down to a still-absurd 222.30%, the population still faces price increase on a daily basis [20]. Dollarization rose to the occasion as the unofficial response, Venezuelans working in the private sector managed to get by with their income issued in the stable greenback, but those without access to the US dollar were condemned to even more hardships [21].

Civil unrest has thus become the recurring theme in the Maduro administration. Disgruntled by food shortages, power outages, low wages and more, people have taken to the streets to voice out their grievances [22]. Meanwhile, a total of six million refugees and migrants have left Venezuela [23], due to the harsh conditions that were left without proper solutions.

US Sanctions, China and Russia

With the US sanctioning Venezuela for alleged ties with terrorism and anti-democratic actions, Maduro had to find new customers for its oil exports. China stepped in by purchasing more oil from Venezuela over recent years, eventually replacing the US as its biggest customer in 2020 [24], while Iran provided refinery equipment and condensate in exchange for Venezuelan crude oil [25].

Russia’s ties with Venezuela are more military-oriented, especially through deals on nuclear energy and military equipment [26]. Relations between the two countries remained unfazed in the Russian invasion of Ukraine, just as major countries sanctioning Russia [27].

The economic structure of Venezuela makes it extremely vulnerable to oil price volatility and domestic production. In 2002, the employees of the state-owned oil company PDVSA had organized a strike, bringing daily production down to 25,000 barrels a day. In the following two decades, poor management caused severe corruption, lack of maintenance, an exodus of unpaid and unmotivated workers, and countless environmental damage [28]. According to OPEC, Venezuela crude oil production has taken a nosedive from almost 3 million barrels per day in 2014 to below 1 million in 2022 [29]. 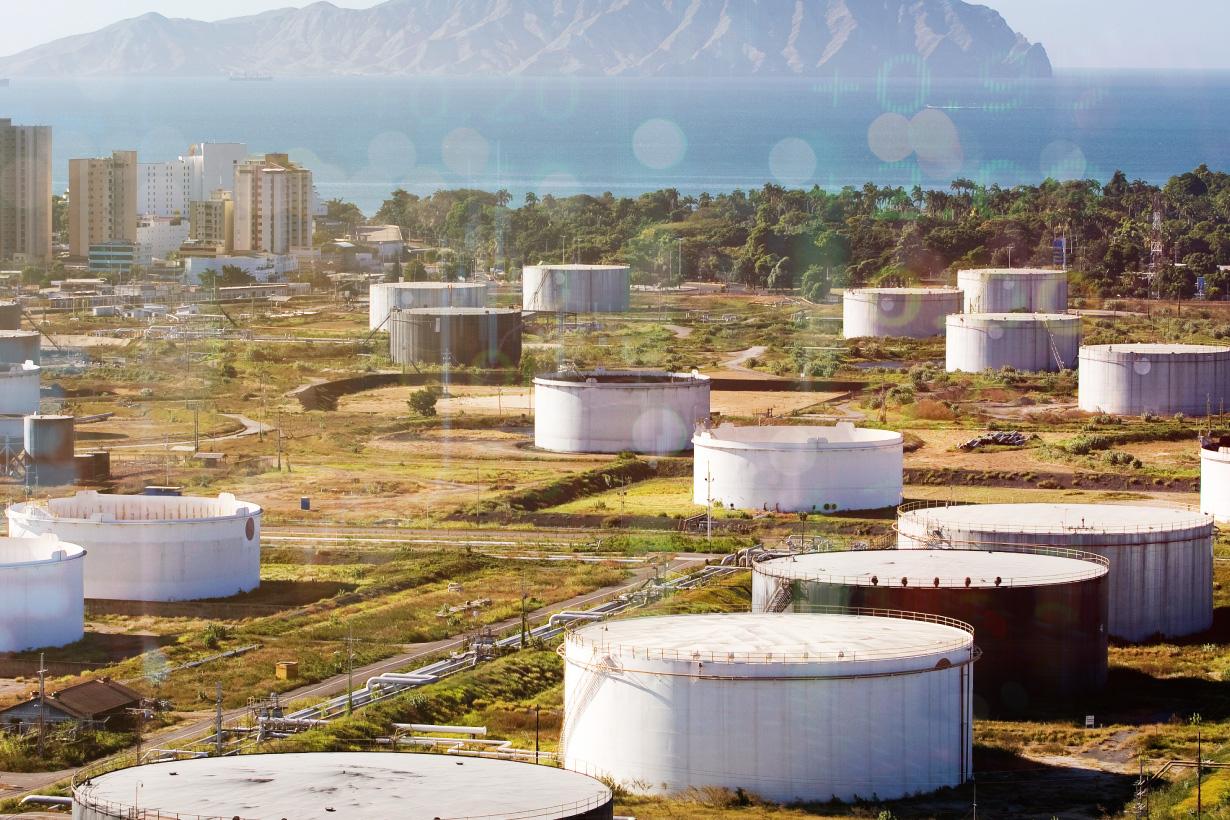 Oil price in the 21st century was on a general downward trend, from $140 a barrel in 2008 to $20 in 2020 [30]. The substantial dip greatly limited Venezuela’s spending power and resources to address its internal strife. Even though opposition leader Juan Guaidó failed to effectively take the office from Maduro in the 2019 presidential elections [31], Venezuela has hit its all-time low with the pandemic aggravating the existing problems into crises. 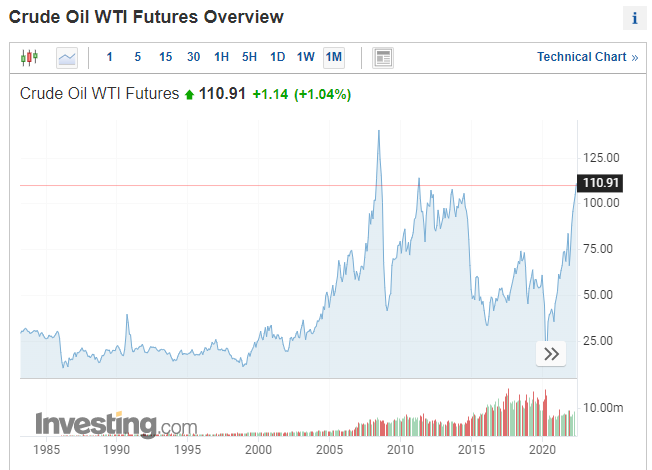 To find out what’s next for Venezuela and Maduro, and whether Venezuelan oil can replace the Russian’s, please follow us as a follow-up piece will be available in the coming week. Check the latest crude oil price here