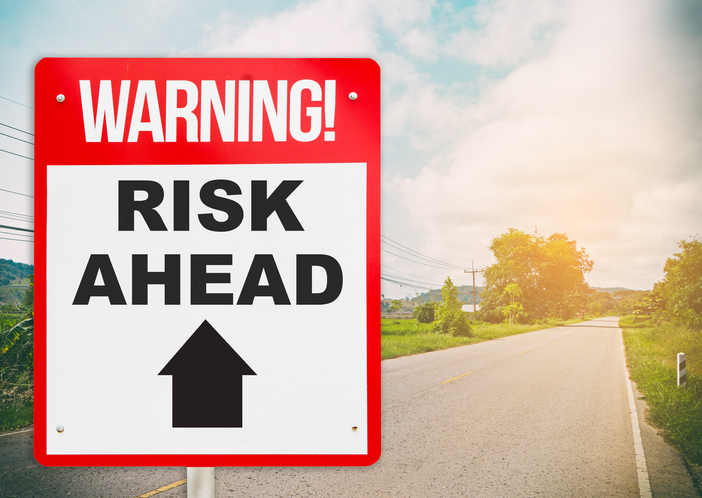 The yield on the bellwether 30-year US Treasury hit a record low, and Wall Street posted its first weekly drop in three on Friday as renewed fears about the economic fallout of the coronavirus and as disappointing US PMI data rustled concerns about the outlook for the US economy.

As well the benchmark 10-year yield fell for the 5th straight Fridays while US equities have retreated on three of the four Fridays since the coronavirus scare kicked into overdrive late last month. Nobody wants to carry risk into a “virus weekend.”

The world is getting spooky with virus clusters breaking out all over Korea with Japan not far behind, the asymptomatic positive tests in Omaha from cruise passengers, and now an outbreak in Italy postponing a top-level football much. But of all the alarming aspects of the rapidly spreading virus out Wuhan is that it’s showing up in patients with no connection to China or the city of Wuhan, ground zero for the outbreak. Suggesting things are about to get extremely problematic, and market conditions could get exponentially worse this week.

Adding a few bricks to China’s Great Wall of Worry, consider the global economic snowballing effect of 40 % + (nearly 10 billion USD according to BBG data) of China offshore bond from stressed issuers due in 2020, it difficult to see this ending well.

That asymmetry means it’s very hard not to stay hedged if not back the truck up into more “safe havens assets.”

Gold put in a virulent rally as risk sentiment remains frighteningly nervous amid reports of more COVID-19 virus is exponentially spreading in Korea, is showing up around the globe and now even in patients with no connection to China or Wuhan.

Should worry over the virus impact rattle the financial markets further, or god forbid that coronavirus is the dreaded disease X, a placeholder name for any new unknown pathogen that could cause a pandemic, gold demand will surge.

While there is no way to trivialize the virus shock that’s dominating all other macro factors, and while Hubei + Henan GDP at ~ $1.3trilllion is a little larger than Mexico, and a little smaller than the state of New York and these fat tails need to be hedged. But if coronavirus morphs into a global pandemic (disease X), we could bear witness to the start of 80 trillion in global GDP going up in flames. Other than gold, I’m not sure what the hedge is for that scenario.

As for the surging US dollar effect, gold investors continue to look through. The strong dollar carries a significantly negative tail risk beyond impacting the Feds inflation target by depressing hard commodity and oil prices. However, that is bullish for gold in its own right. But the fact, “The King Dollar” will move through global bond markets like a wrecking ball is a massive buy gold signal. With a staggering $15trillion dollar-denominated debt floating in a sea of red. It’s putting more pressure on the Fed to cut rates, and the market is increasingly pricing in that fact, which is hugely bullish for gold.

But gold is not exclusively dependent on how the disruption of travel and global supply chains plays out alone. The COVID-19 story overshadows other developments that under different circumstances may have impacted gold positively. For example, last week, Federal Reserve Governor Lael Brainard said Fed policymakers would need to act quickly to counter future downturns.

So, to sum all this up, the prominent driver of gold upside is and will continue to be the accommodative and responsive nature of the Federal Reserve’s monetary policy stance.

Containing the virus is going to be a Herculean task. And not surprisingly, any excuse to sell still feels like the sentiment in the market right now and hedge funds predictably increased short positions by 11 % to the highest in four months during the week ended February 18, almost tripling short-bets against WTI this year.

But with reports of more travel linked cases confirmed in California and asymptomatic positive tests in Omaha, I think we are moving well past the weak Chinese recovery scenario. (Even though the market is inherently suspicious of any data coming out of China). Still, we’ve probably severely underpriced China’s economic fallout based on real-time metrics (traffic congestion, coal usage, and return to work metrics) as the PBoC tries to gloss things over with ten basis point cuts to the key lending rates which will probably provide little more than band-aid effects.

Beyond the regrettable and inconceivable human cost, we should not underestimate the economic disruption as a super spreader could trigger a massive drop-in business activity around the globe of proportions the world has never dealt with before. So far backwardation in Brent has held up, but this week we could be whistling a different tune.

Proxies like the Korean markets are signaling massive risk-off moves, which should be enough to spook oil investors out of the gates this morning. And when coupled with the exodus out of Tokyo last week as signaled by Yen outflows at a time when year-end repatriation flows are customarily expected. We could be en-route to a jarring vortex hazard or, at minimum, a significant economic air pocket.

As for the OPEC + compliance saga, it feels like things are dancing to the sound of a broken record again. Sure, Russia’s non-committal is providing poor optics. Still, eventually, they will bring something to the table in March, and if nothing but lip service, Saudi Arabia (OPEC) will again end up carrying the bulk of the weight. But with Covid-19 morphing into, the markets macro worry of the decade obviously traders will have bigger fish to fry.

On the whole, the relative performance of Asian currencies over the past month reflects the potential economic impact of the coronavirus outbreak on their respective economies (i.e., sensitivity towards China’s growth and reliance on tourism). And there have been some idiosyncratic factors like the sharp depreciation of the SGD was due to rising expectations that the MAS will ease its monetary policy in its upcoming April meeting. Similarly, the THB’s weakness is, in part, due to policymakers’ outbound capital account liberalization.

Meanwhile, the TWD‘s resilience can be partly attributed to the production and investment “reshoring” (reverse of “offshoring”) policies of the government. As for the RMB, a reduction in outbound tourism and long-term foreign portfolio inflows have partially offset the negative impact on exports for the RMB. The PBoC’s daily fixings have exerted a counter-cyclical influence. From here on, a lot would depend on how fast China can resume production and contain negative implications for supply chains and global economic growth.

It’s being dubbed Malaysia’s night of the long knives and even “The Silence of the Backstabbing Lamb.” Political uncertainty is sure to weigh heavy on the Ringgit today as Datuk Seri Anwar Ibrahim succession march gets scuttled by reports that Prime Minister Tun Dr. Mahathir Mohamad, who is Bersatu chairman, was executing a plan to form a new coalition government with Anwar’s rival

As for the economic impact of a coalition government and besides the usual gridlock to get polices through. It’s a sell signal, the current situation will likely mean there will be horse-trading going on and that may be more likely to boost spending rather than fiscal prudence and, perhaps, the risk here is for more massive deficits. But the more parties involved, the more complicated the horse-trading.

This is a bit tricky as traders are up to their eyeballs in the long dollar, and given the Federal Reserves policy reaction function might not be so eager to put on more high dollar risk outside of the visible China proxies that will continue to burden the brunt of China economic fallout.

The most interest feature on Friday FX trading has been the EUR has finally traded like a funder, i.e., it has strengthened versus the USD, as EM has taken a hit, not least to one of the most popular trades out there – a squeeze on the short EUR/MXN trade. The EUR funding status should offer DXY protection just shy of 100 for now.

The JPY should, in theory, also benefit from the squeeze on its funding shorts. Still, here the dynamic is different, as locals have tended to goal post ranges like 107-112 for over a year, so that should encourage top side selling in a risk-off environment.

But if the recent EURUSD weakness reflects downside risks to global growth from China, rather than a hunt for carry, then the EM currencies which have held up well so far could weaken abruptly if China data comes out worse than expected. For EURUSD itself, global growth concerns could overwhelm any short-covering of long EM carry positions. That, in turn, could drive further weakness in EURUSD and return EURUSD-ADXY correlations to pre-summer 2019 levels.

What to watch out for