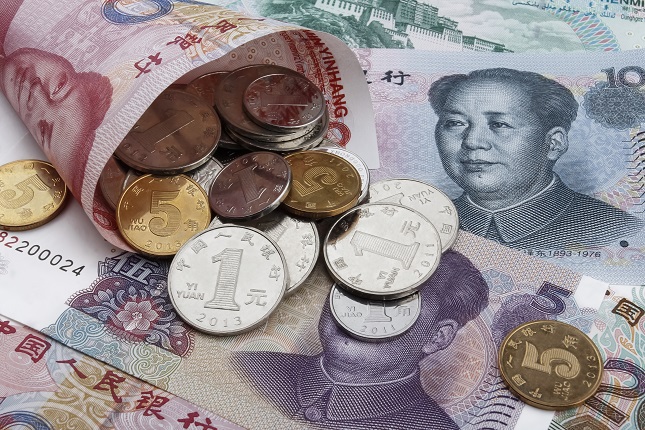 This has been due to massively curbed global demand for commodities and extreme dollar strength; a deadly combination for countries that are heavily reliant on global demand and whose cratering currencies now leave them unable stockto service their dollar debts. With the MSCI Emerging Markets Index down by around 20% year-to-date, and EM currencies down anywhere between 10-40% against the dollar, many are wondering how much further down they have to go.

China is over-represented in the MSCI Emerging Markets Index, accounting for around 33% of its value. This goes some way to explaining the rebound we’ve seen in the broader index since the multi-year lows it set back in March. At the time it was down by some 34% year-to-date.

China was the first country into the crisis and is looking as though it may be the first country out. 5 million people found themselves out of work in the first two months of the year alone. The country’s official manufacturing PMI dropped to record lows of 40 in February, as did its services PMI, falling to an unprecedented 26.5 in the same month.

Having implemented aggressive testing, tracking and social distancing policies, the country has been able to slow the virus’s spread and to gradually encourage its citizens to return to work. In March, both measures recovered sharply, with the manufacturing PMI coming in at 50.1 and services PMI at 43. While manufacturing appeared to have barely scraped into expansion territory, April’s reading saw it dipping below 50 again, with a reading of 49.4. China’s services economy is also still in contraction, with April’s reading coming in at 44.4.

It pays to remember that China’s economy has changed a lot since the mid-2000s when manufacturing was the single greatest contributor to its GDP. Services now account for over 50% of the country’s GDP, which is more than manufacturing accounted for at its highs. For this reason, China’s recovery may not be as simple as just opening up its factories again and getting back to work. Its manufacturing sector has done well to pick up the slack in supply, but it will require ongoing demand from a global economy that’s still struggling to deal with COVID-19. The country’s muted service sectors tell a story of reduced domestic demand, deferred big-ticket purchases, and a general sense of wait-and-see from the consumer.

An emerging market narrative to keep an eye on is what’s occurring in counties that were slow to react to the COVID-19 threat. Some are now going through their own ever-worsening contagions and these staggered outbreaks make it difficult to reliably predict both supply and demand going forward.

As late in the game as mid-March, Mexican President Andrés Manuel López Obrador dismissed the threat of the coronavirus and refused to implement any of the measures that have become standard operating procedure for countries trying to contain it. At a press conference on March 18th, he insisted that people have to hug each other, saying that “nothing will happen.” By March 28th he had reversed course and was encouraging people to stay home, using the now-familiar lingo of curve-flattening. By March 30th the country had declared a national health emergency.

Brazil’s leadership has been similarly dismissive. The country’s president is one of the few remaining world leaders to not accept the threat, having previously referred to the virus as a “little flu.” In mid-April, he fired his health minister for disagreeing with him and has even joined anti-lockdown demonstrators to criticise the measures introduced by regional governors as “dictatorial.” Both Mexico and Brazil have recently seen a massive increase in both new cases and deaths. As you can see below, the majority of countries in the top twelve of newly reported coronavirus cases are now in developing countries.

The fear is that if the spread is not contained, Latin American nations will have to face domestic health crises after having already been severely affected by the economic consequences of the rest of the world locking itself down. Latin America has already been hit particularly hard due to its economies being heavily reliant on exports of oil, industrials, and other raw materials. Precisely the areas where demand has stalled the most. The MSCI Emerging Markets Latin America Index is much more heavily weighted (more than double) towards these items than its Asian counterpart.

Many Latin American currencies are now also trading at multi-decade lows against the US dollar, thus worsening the economic standing of these nations with respect to their US dollar-denominated debt. If the fundamentals don’t look particularly good, then the technicals look utterly dire. In March the index completely rolled over, falling to levels last seen in 2005. This was after testing the lows of the range it has held since 2017 back in February. It recovered in April to close slightly above 2016’s lows and is currently re-testing those levels. The index actually peaked in 2008 never to return to those levels. All we have are a series of progressively lower-highs followed by the lowest low that we’ve seen in 15 years.

Many experts were predicting that India would be very badly hit by the virus due to the country’s combination of an enormous population with relatively low standards of living. Thus far this has not proven to be the case. India is credited with having implemented one of the stronger responses to COVID-19. It ordered its citizens to stay home for three full weeks at the end of March when the number of infected in the country were still low.

On the other hand, Prime Minister Narendra Modi’s fiscal response to the crisis was initially criticised across the board as being insufficient (1% of GDP compared to between 5-13% of GDP by the UK, Italy, Spain, Germany, and the US). As the consequences of the lockdown began to register in the country’s economic data, it became clear that a much larger economic response would be needed. Prime Minister Modi recently unveiled a stimulus package that brings this figure up to 10% of GDP, an investment to the tune of $226 billion that is to focus on “our labourers, farmers, honest taxpayers, MSMEs and cottage industry.”

This great U-turn in fiscal policy can easily be explained by the data. India has recently seen the largest drop in manufacturing PMI in its history. It went from 51.8 in March to 27.4 in April, a lower level than experienced by any other country post-lockdown. The story is even worse for the country’s services sector, which practically evaporated in April, dropping to an incredible 5.4 from 49.3 in March.

On the plus side, as a net importer of oil, depressed energy prices work in India’s favour. When this is factored in, India – unlike the developed world – has interest rates still well above zero, it also has considerable room to manoeuvre with inflation falling. Greatly reduced energy costs have also allowed India to raise fuel taxes, a move which is expected to raise an annual total of around $5.4 billion.

However, since lifting its lockdown, the country has recently seen a rapid increase in the number of newly reported coronavirus cases. It’s still early, but it could be a case of having locked down too quickly and too hard, causing a great deal of economic strife, then allowing the virus to spread as the country rushes back to work. Only time will tell.

Despite showing every sign of being oversold, it may still be too soon to fully grasp the consequences of the coronavirus on emerging markets. In the case of the US, investors have been all too eager to jump back into equities, regardless of what the fundamentals are suggesting. This has been done almost purely on the strength of the Fed’s interventions. Emerging markets, however, do not exhibit anywhere near the same dislocation between financial assets and the real economy. Factor in this worrying new trend of increased cases in the developing world and you have to think that we’re still in the early innings.