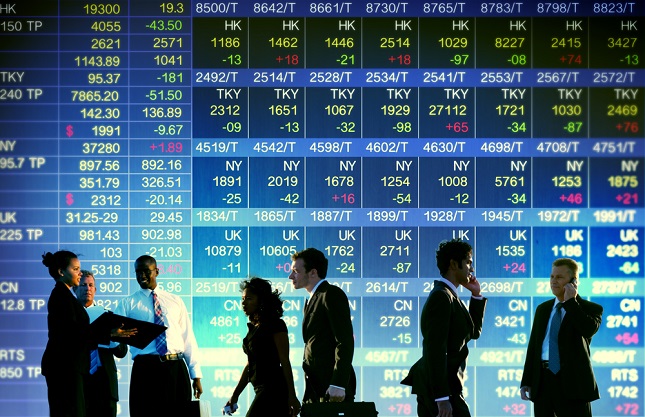 The economic calendar today is mostly empty, however, there are some data which you can use for trading.

At 12:00 MT time we anticipate the Bank of England to testify the report on inflation. The hawkish comments made by the BOE Governor Carney will support the British pound. However, Brexit-related headlines will keep driving the market’s sentiment.

In addition, OPEC-Joint Ministerial Monitoring Committee will have a meeting later today. Yesterday the comments made by the Iranian president on the US sanctions resulted in the decline of oil prices. He said that the US sanctions failed to affect the oil production of a country and Iran will continue to supply oil to other countries. More comments from OPEC members can shake the oil market.

The British pound recovered slightly after the dramatic Brexit headlines which made GBP/USD to fall by more than 200 pips on Thursday. For now, the pair is trading sideways as we can see on a 4-hour chart with the Central Pivot acting as a strong resistance since the beginning of the week. Positive news on Brexit and hawkish comments from the Bank of England can help the British pound to stick above 1.2874. Dovish comments and negative news will move the pair down to the support at 1.2677.

Now let’s look at the Brent chart. Crude is trading sideways while the comments from leaders on oil supply keep affecting the market. If the comments during the OPEC meetings are related to the reduction of oil production, Brent can rise towards the resistance at 67.85. Otherwise, it will fall downwards to the support at 63.85.

As for WTI, the uncertainties on the market yesterday formed a hanging man candlestick. It demonstrates the strong resistance at 57.48. The cut of the production can help WTI to stick above 57.48. More comments on unsuccessful US sanctions will make WTI drop towards 53.69.