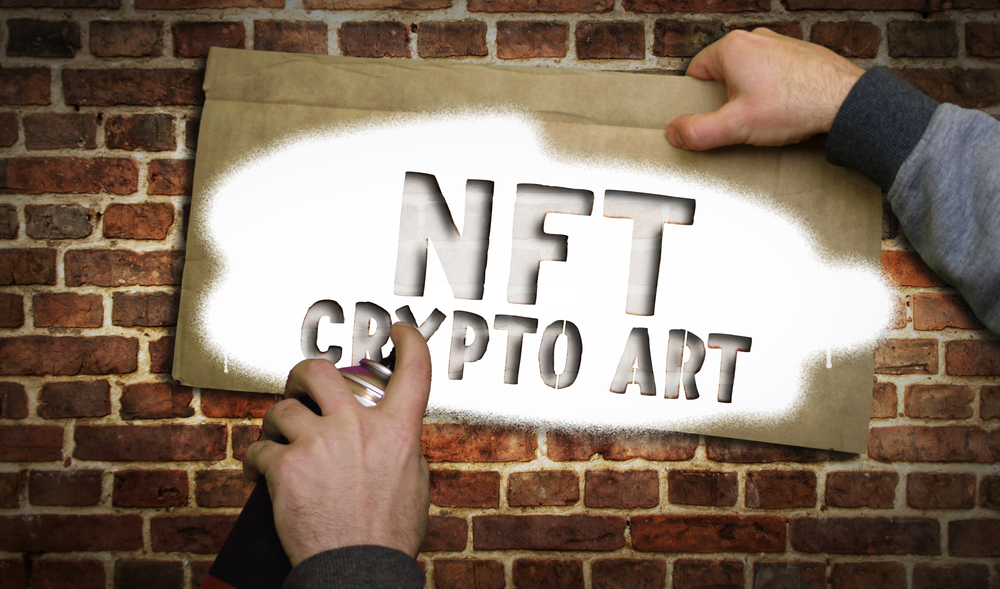 We’ve become accustomed to seeing cryptocurrencies as Bitcoin likened by onlookers to ‘tulip mania’ – a 17th Century craze that saw the price of the colorful flower soar to as much as $750,000 in today’s money. But in the 2021 rise of NFTs, we’ve finally found our digital tulips.

NFTs have been growing in popularity across the world of cryptocurrencies for some time now. The term stands for non-fungible tokens, and it means that each NFT has unique properties that make them one of a kind assets – like a painting or a collectible that can’t be replicated. The tokens have smart contracts attached to them that act as certificates of ownership for virtual assets.

As we can see in the chart above, interest in NFTs is at an all-time high, with the total market capitalization of the tokens soaring towards $25 billion recently.

NFTs can come in all shapes and sizes. They can be meme-based, or the products of artists showcasing their works.

One quick look at the assets listed on NFT marketplace OpenSea shows that many NFTs currently take the form of avatars – portrait images or profile shots or cartoon-like characters. This has helped to kick-off a social media frenzy as cryptocurrency traders seek to buy their own unique profile pictures for their Twitter, Instagram and TikTok accounts.

Although it seems like a fun way of expressing yourself on social media, these NFTs can sell for big money. The most expensive non-fungible token to date is a work of art, called Everydays: the First 5000 Days by Mike Winkelmann sold at Christie’s for $69 million – inadvertently placing the creator among the top three most valuable living artists today.

The Rise of CryptoPunks

The surge in popularity for CryptoPunks underlines the 21st Century’s tulip mania. CryptoPunks represents a collection of 10,000 algorithm-generated characters that have been produced since 2017 by Larva Labs.

“In 30 years, I’ve never seen such a reaction in the art world. It’s nothing less than an earthquake,” explained Kenny Schachter, a New York based writer and collector who has sold more than $200,000 NFT artworks on Nifty Gateway. “This is a whole new audience. They don’t know about the art world, and they don’t care about it.”

The Lure of Owning Something Unique

Although the new audience that Schachter speaks of rejects the world of traditional art, it’s clear that they share the same enthusiasm for owning a unique work of art – even though it may take a wholly digital form.

The driving force behind the CryptoPunk and wider NFT trend is the concept of ownership. Blockchain ensures that those who buy the works are legally the owners of the piece – even though their art can be copied and pasted many times by non-paying browsers.

Fundamentally, owning an NFT is different to owning the asset that it represents. Buying an NFT means that you’re purchasing a token on a blockchain – which is a digital ledger of transactions. While the token is unique, it’s usually linked to a reproducible asset.

For instance, let’s look at NBA Top Shot Moments, which are NFTs that represent a certain NBA highlight clip. The buyer of the highlight has the ownership rights of the NFT, and they can swap, sell or give away the token as they see fit – however, they can’t prevent others from accessing the highlight clips themselves, which are readily available on YouTube.

In buying an NFT like a CryptoPunk, much like in buying tulips at the height of the mania, ownership is aesthetic and sentiment based. Your NFT can go up or down in value, and believers in the potential of non-fungible tokens may see the artworks as a store of wealth, but there are no royalties to earn – your NFT simply belongs to you.

The Next Big Investment Opportunity?

As tulip mania took hold, the price of a single bulb reportedly climbed to the price of a large house in the Netherlands back in late 1636, before a massive market crash in early February of 1637.

Are there lessons to be learned here in buying NFTs after such a significant series of price hikes? Or will onlookers today live to regret failing to jump on the bandwagon as non-fungible tokens prepare for take-off?

It’s perhaps foolish to attempt to definitively answer these questions when discussing a cryptocurrency industry that’s built on dumbfounding skeptics. While NFTs are being sold for astronomical prices, their scarcity coupled with a market that’s constantly gaining new adopters means that there may be more room for NFT artists and collectors to maneuver in the future, but we may also be more likely to see non-fungible token marketplaces grow as the high-end of token prices also begin to relax.

The NFT industry’s current dependence on cryptocurrencies means that the industry is likely to grow as the native coin of each platform grows. As Maxim Manturov, head of investment research at Freedom Finance Europe, highlights, this could lead to trouble later on. “The crypto market lacks stability and can start being regulated any time, which actually already happened in China. In June, the Chinese government banned banks and payment systems from using Bitcoin, which led to a temporary collapse of the flagship crypto’s price.”

With an ever-broadening market of newcomers to the world of investing, we’re likely already seeing evidence of NFTs benefiting from an influx of individuals looking for new ways to hold their money in valuable assets. If such volumes continue, we could see further price appreciation. In this regard, whether NFTs continue their meteoric rise, or go the same way as the tulips, is wholly down to the people to decide.