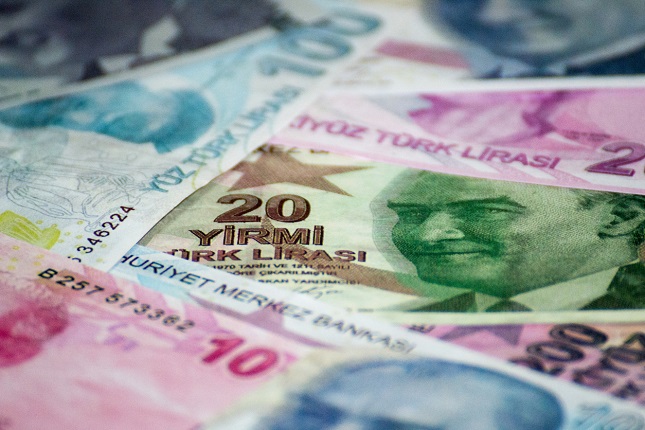 The recent history for the Lira says that in January of 2005, after a devastating fell of the currency a new version of the Turkish Lira was issued.

Lira’s value fell so dramatically that the conversion was $1 to 1.5 million TRY.

As the Turkish economy mostly relies on quick short term profits on higher interest rates that make the currency very sensitive on any global economy headwinds and the subsequent risk off environment may lead to massive depreciations of the Lira.

Although the nation wishes Turkey to join the Euro Zone, political conditions in Turkey and economic issues in the EU continue to delay the process.

After the rating agencies reveled on Tuesday the possibility that Turkish President Tayyip Erdogan will pull back the levers and tighten more the monetary policy the Turkish lira tumbled again to a fist time low of about  4.8449 per USD in early Asian trade on Wednesday according to investing.com.

After the aggressive political decision of Turkish President and the uncertainty that governs the country we can clearly see that the aftermath of those decisions may possibly  further depreciate the Turkish Lira.

Although the Turkish economy might not be in a favor of the home currency, traders and investors may take the opportunity to further hit the lira with a tsunami of sell off and creating a further depreciation of the currency.

The US Dollar was higher against the basket of currencies yesterday (Wednesday).

Investors were eager for the Federal Reserve’s last policy meeting to see if they can gather some clues on the pace of further U.S. monetary tightening.

According to investing.com the dollar index (DXY), which measures the currency against a basket of six major peers, rose 0.1 percent to 93.681. On Monday, the index set a five-month high of 94.058.

The US Dollar gain more than 4% from the last month and that was the result of the U.S. economic data and expectations that the Fed probably may raise interest rates at least two more times this year.

Based on the crossing of the 2 EMAs here 36 and 12 we can see that the price heads upward.