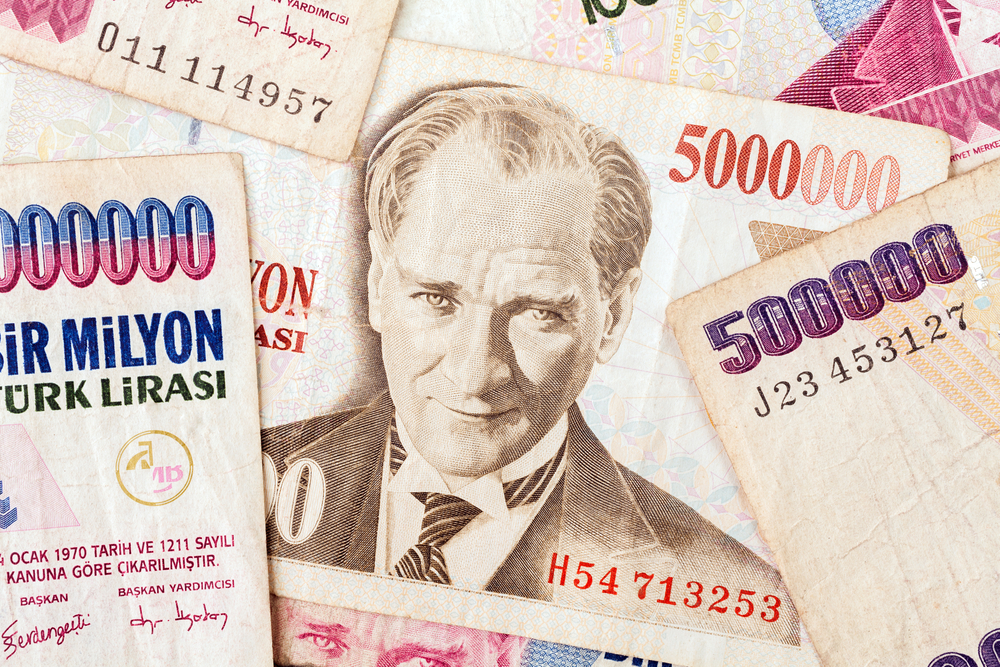 Scope Ratings has ranked Turkey as among its “Risky-3” out of a sample of 63 economies most at risk of a balance of payments crisis, given the lira’s history of significant volatility and the high proportion of government and private sector debt denominated in foreign currencies.

The rating agency downgraded Turkey’s credit ratings to B+ from BB- on 10 July to reflect growing risks to external sector stability and deterioration in the governance framework including risks stemming from long-run foreign-exchange reserve depletion. The lira trades presently 33% below an August 2019 peak against the dollar. The Turkish currency also hit fresh all-time lows against the euro this past week, before making up some losses after evidence of policy tightening.

Early signs of reversal in the direction of policy tightening, but unlikely enough

Friday’s closure of the one-week repo financing window forces central bank funding of banks to the costlier overnight window – an effective 150bp hike. Next, regulators are expected to ease an unorthodox “asset ratio”, effective since 1 May, which has compelled lenders to raise lending activities unsustainably. Lira lending from the consolidated banking system rose 45.9% YoY as of July. The banking supervisor this week, moreover, announced easing of some rules that restrict foreign banks from access to lira liquidity, under strict conditions in regard to the use of such liquidity.

“So, we’ve now sort of returned to the 2018 lira crisis response playbook of backdoor rate hikes via shifting funding between central bank windows, to avoid unwanted attention for central bankers from President Recep Tayyip Erdoğan were policy rates themselves hiked, whilst, moreover, easing foreign exchange reserves deficits via funding from foreign sources like Qatar,” says Dennis Shen, lead analyst on Turkey at Scope. “Unfortunately, what ultimately eased the crisis in 2018 more tangibly was a return towards conventional policymaking and a significant hike in the policy rate itself.”

“In consideration of elevated inflation of 11.8% in July, Turkey’s real policy rates remain among the world’s lowest. However, a rate hike will not be straight-forward given politicisation of the central bank and interventions from the President, who has a stated preference for low rates. A significant rate hike would be helpful in stabilising current exchange rate devaluations; however, tightening would also come at some price to Turkey’s fledgling economic recovery.”

The lira’s recent weakness against the dollar and other major currencies comes even as global risk sentiment has improved since a March ebb, which should otherwise support emerging market currencies.

“Deterioration in the value of the lira not only raises inflation, but also undermines debt sustainability given 50% of Turkey’s central government debt denominated in foreign currency, up from 27% in mid-2013,” says Shen.

“Any sustained deterioration in the exchange rate can spiral increasingly easily into a problem for the government’s future servicing capacity of its public debt,” Shen says.

Turkish general government debt is set to rise to more than 40% of GDP this year, up from a comparatively low 28% in 2017. Non-financial companies have a significant net foreign currency debt position of USD 165bn as of May 2020.

The impact of the Covid-19 pandemic in curtailing Turkey’s income from travel and tourism receipts impairs private sector foreign exchange reserve liquidity as well as the current account – the latter which returned to a deficit of just above 1% of GDP in the year to May 2020.

Ankara has diminished what were already inadequate foreign currency reserves this year in trying to defend the exchange rate. Gross official reserves (including gold) fell to USD 90.2bn as of 31 July, compared with USD 105.7bn at the start of 2020.

FX swaps stood at a record high USD 54.4bn at end-June as the central bank has entered such arrangements with domestic financial institutions, including state-owned banks, to artificially elevate gross reserve levels. Swap-corrected net reserves declined to a record low of negative USD 32.5bn in June, a turnaround from positive USD 18.8bn at end-2019 and USD 56.0bn at a 2011 peak.

“Absent the roll-over of such swap arrangements, the country’s reserves are negative – in other words, Turkey’s balance of payments is precarious unless the country’s underlying economic and external sector weaknesses are swiftly corrected,” says Shen.

Dennis Shen is a Director in Sovereign and Public Sector ratings at Scope Ratings GmbH. Matthew Curtin, Senior Editor of Economic Research at Scope, was a contributing writer for this comment.