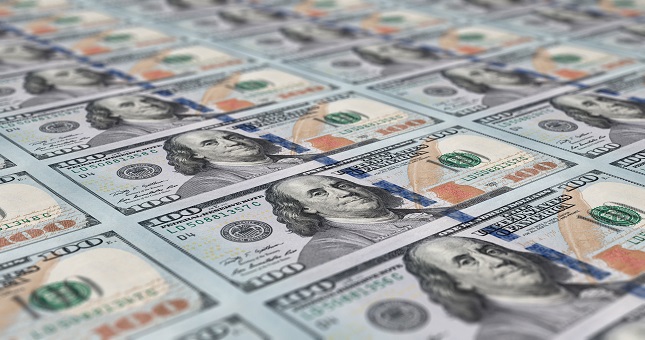 The U.S. Dollar is trading nearly flat against a basket of major currencies on Tuesday in a mostly lackluster trade. The greenback is hovering slightly above a multi-week low reached the previous session, ahead of the start of a two-day Federal Reserve policy meeting.

Federal Reserve policymakers are not expected to announce any changes to its policy but investors will be keeping a close eye on comments from Fed Chairman Jerome Powell, in a press conference following the meeting on Wednesday afternoon.

The Fed will remain on hold for the rest of this year despite an increasing belief on Wall Street that policymakers should throttle back the stimulus they’re providing to the U.S. economy, according to the latest CNBC Fed Survey.

The main trend is down according to the daily swing chart. A trade through 90.655 will signal a resumption of the downtrend. The main trend will change to up on a move through 93.470. This is highly unlikely, however.

The direction of the June U.S. Dollar Index is likely to be determined by trader reaction to the Fibonacci level at 91.100.

A sustained move under 91.100 will indicate the presence of sellers. The first downside target is a minor pivot at 90.850, followed by the minor bottom at 90.655.

A trade through the next main bottom from March 3 at 90.620 will reaffirm the downtrend and could trigger an acceleration into the February 25 main bottom at 89.655.

A sustained move over 91.100 will signal the presence of buyers. If this move creates enough upside momentum then look for the rally to possibly extend into the minor top at 91.425.