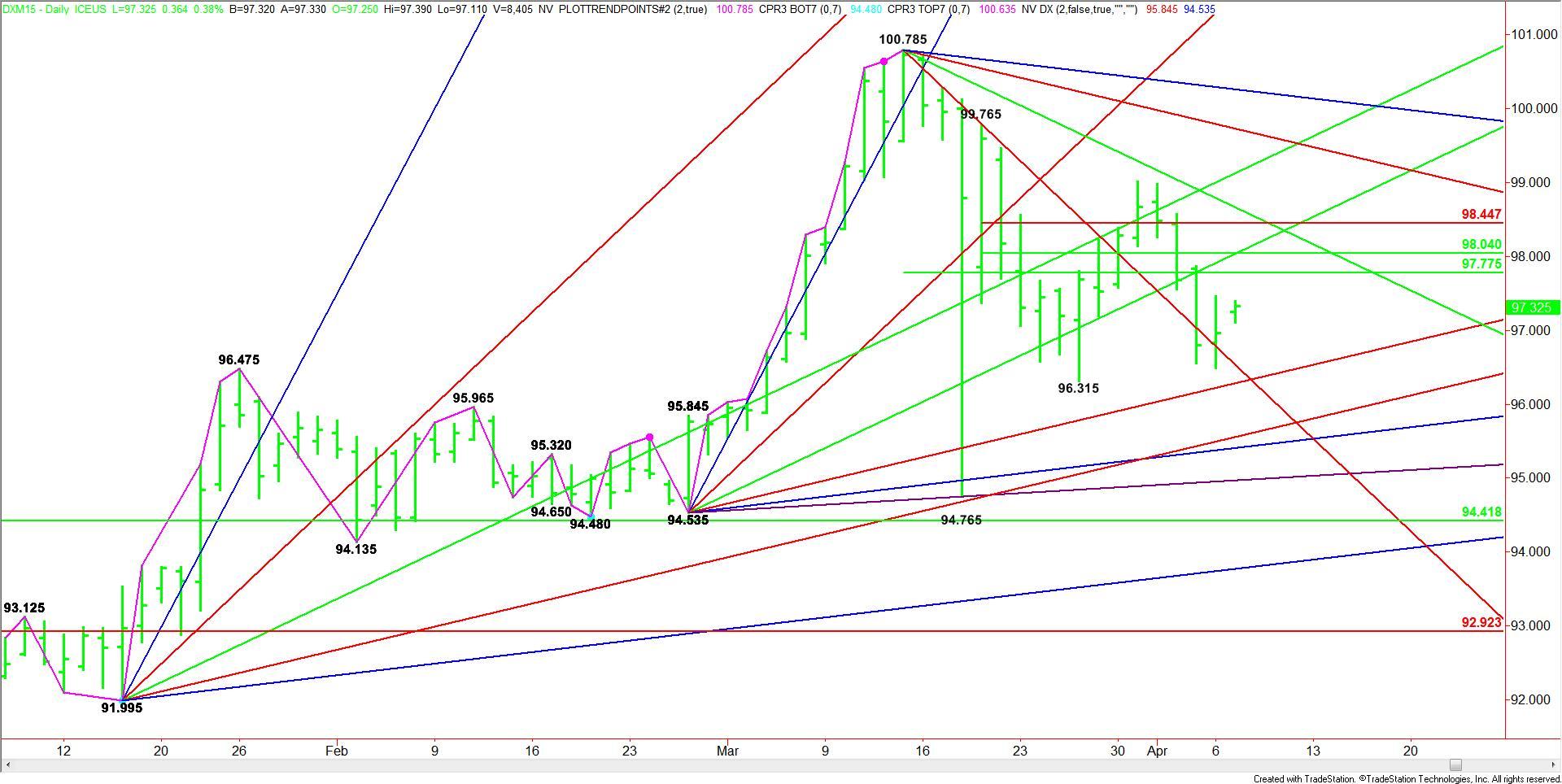 There was very little follow-through selling in the June U.S. Dollar Index futures market on Monday, following a bearish reaction to Friday’s weaker-than-expected U.S. Non-Farm Payrolls report. This helped trigger late session which led to a higher close. Shortly before the cash market opening, the index is trading higher.

The first uptrending angle which has to be overcome is at 98.04. This angle forms a resistance cluster with the 50% level at this same price. This is the best upside target today. Besides being resistance, it is also a trigger point for an upside breakout.

The next downtrending angle comes in at 98.66. A sustained move over this angle could extend the rally into addition resistance targets at 99.12 and 99.72.

The early price action today suggests there is a bullish tone developing.  The current momentum suggests the market has a clean shot at 98.04. Watch for selling on the initial test of this level, but be prepared for an upside breakout if this level is taken out with conviction.