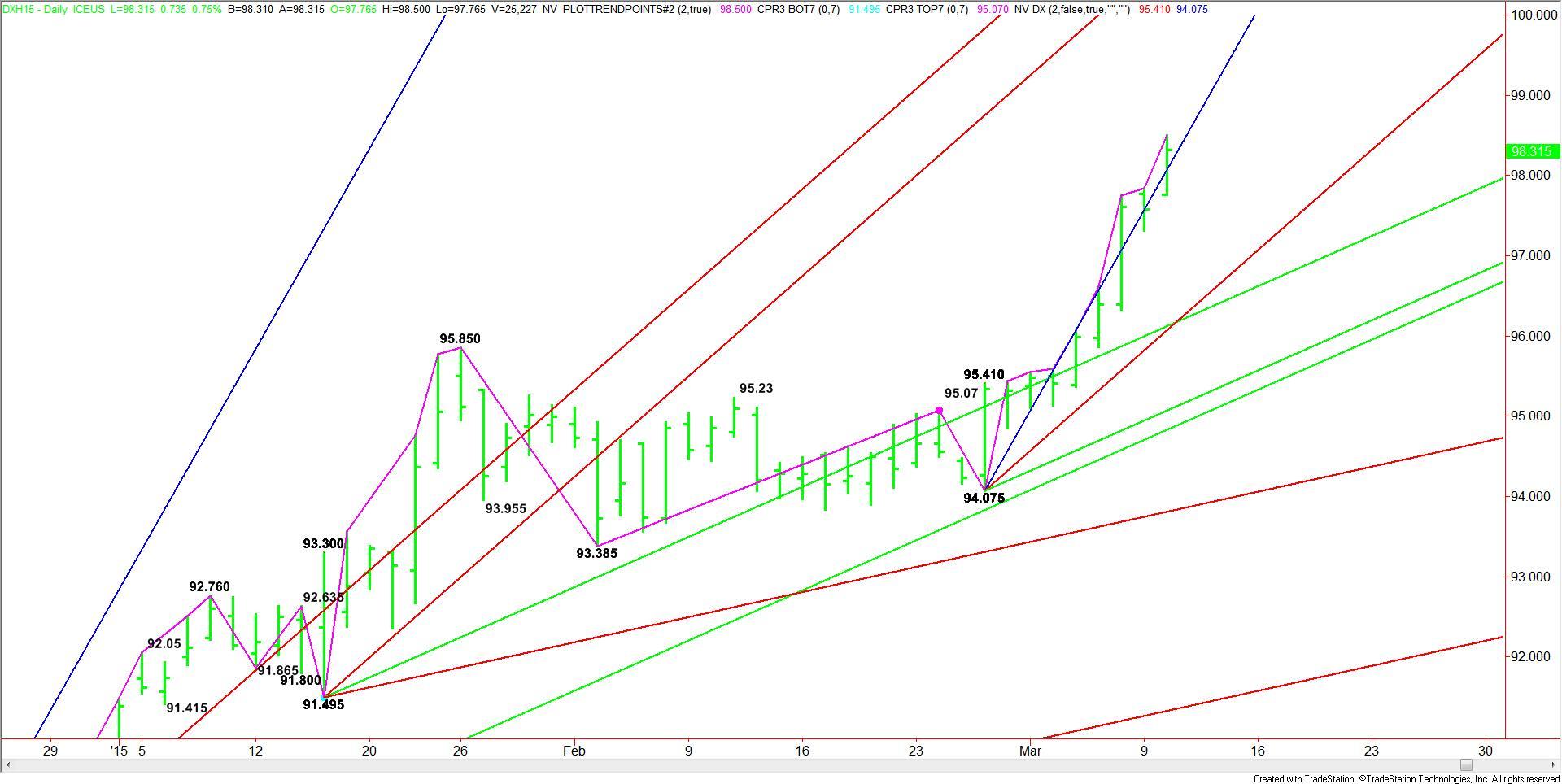 A weaker Japanese Yen, Australian Dollar and Euro are helping to drive the March U.S. Dollar Index higher. The surge in price represents the divergence between the Fed’s monetary policy and the other respective central banks.

It also reflects the continued strength following the release of much stronger-than-expected U.S. Non-Farm Payrolls data on Friday. It also shows that investors are increasing bets the Fed will indicate in its next monetary policy statement on March 18 that it is moving closer to hiking interest rates. For example, taking out the word “patient” in its statement would indicate to investors that it is considering a rate hike as early as June.

Technically, the index is posting a breakaway rally. It is expected to open on the bullish side of a steep uptrending angle on the daily chart at 98.08. The tone of the market today is likely to be determined by trader reaction to this number.

Since the index is currently trading in a prolonged rally in terms of price and time, traders should also watch for a potential rally-killing closing price reversal top. This chart pattern may not change the trend to down, but it could trigger the start of a 2 to 3 day reversal.

There are no major reports today so investors are going to have to rely on the price action and chart patterns. The key number to watch is 98.08. This price could act like a pivot today.